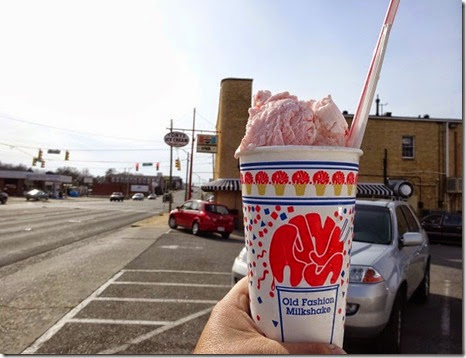 (24 oz piled high with a spoon and straw)

Yesterday evening Sherry and I drove the 8 miles to Tony’s Ice Cream Parlor in Gastonia. 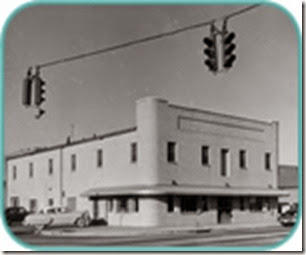 We parked the the same parking spaces we did in the 1950’s.  Inside it is the same. The Chrome piped booths with red vinyl upholstery  are still there except re-upholstered. Same terrazzo floors. 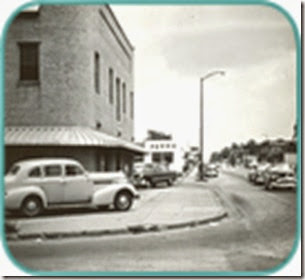 The ice cream  (28 flavors locally produced) is still dipped the same, not the round dipper but the spade type. The ice cream is placed on the cone, the cone  laid on a square of wax paper on the counter hot handed to you. On the busy nights they do not have time to hand it over the counter. they have many flavors. 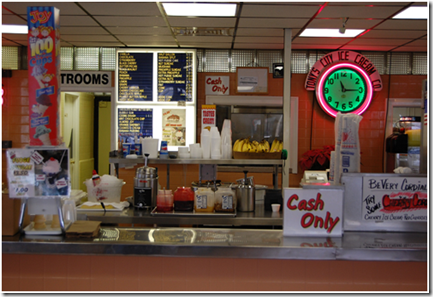 (Same green clock and as always, CASH ONLY!)

For our 58th anniversary dinner we treated ourselves to a Bologna sandwich with mayo lettuce and tomato ( also had a hot dog all the way, onion slaw and chili).  Yep we ain’t nothing but class. We also had a 24 oz thick milk shake. She chocolate (of course) and I the black walnut. MMMMMM 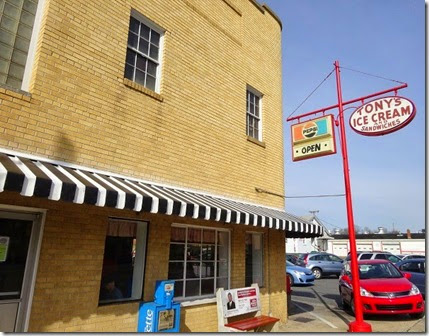 The ice cream is really really good.  The company was EXCELLENT. 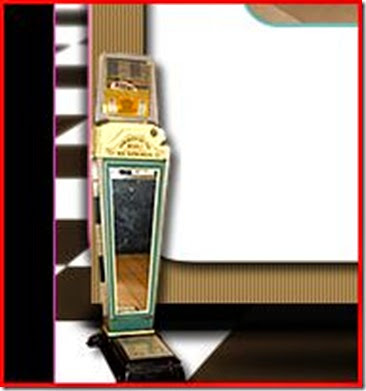 Business at tony’s is always brisk, I counted 8 behind the ice cream counter and 4 in the sandwich area on Monday evening. 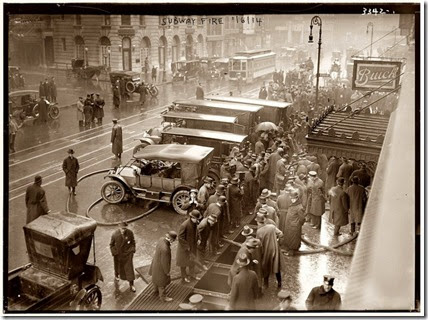 I will see if I got signed in..
Now I forgot what I was suppose
to write about...Just remember
Tony's..best ice cream in USA
When Dad would come close we would
have him stop and get ice cream.
I guess I was about 6 or 7 years old when we first went to Tony's.
I will see if this comments.

Well I just think that is the neatest thing that you and Sherry got to live the past. So many things there haven't changed except the price and as I have to explain to John businesses couldn't stay in business if they don't go up on price with the cost of groceries. Wish the Bulldog Snack Shack and the old telephone office in my hometown could be revisited.

That sounds like my kind of place. I love it all. Now I'm hungry for bologna and haven't got any.

That milkshake looks scrumptious. My mouth is watering just thinking about it. Sounds like a perfect anniversary celebration. Considering inflation throughout the years, those new prices don't sound too bad, at all.

Really, that wasn't too bad with the prices now compared to the prices then, especially with the size of that shake! It looks yummy! Glad you guys enjoyed your time out celebrating your anniversary :)

How terrific that so much about Tony's has stayed the same!
Bologna sandwich w/ mayo and lettuce? I'm soooo there!
That's exactly the sort of place I'd love to patronize, were it not a tidge far.

All in all, I don't think the folks at Ruth Chris Steakhouse have anything on Tony's!

Hot dog all the way? You guys were dancin' with the devil, as my grandmother would say :)
The place where Jilda and I went to on our first date in 1968 is no longer there :(
They tore it down to widen the highway.