I received this as an e-mail, it is not new, you may have read it. I have not been able to verify it’s truth. It is sort of a feel good and sad Christmas story. I mentioned a couple blogs ago how it was nice to read a professional’s work like Rick over at Life 101. He could write a story like this. I like the story; I even hope it is true. If not, it would be awesome for a teacher to do this every year. 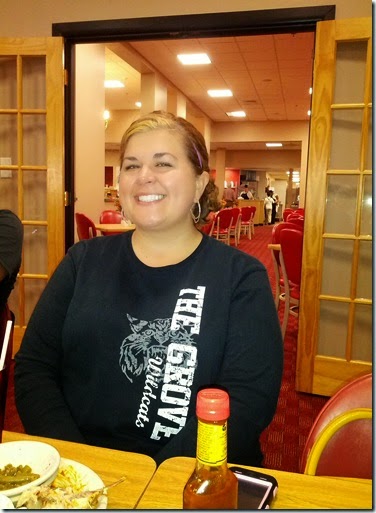 A great Niece Teacher of the Year at The Grove in Gastonia, NC

Enjoy this story, it’s ok to cry, I did:


The math teacher asked her students to list the names of the other students in the room on two sheets of paper, leaving a space between each name. 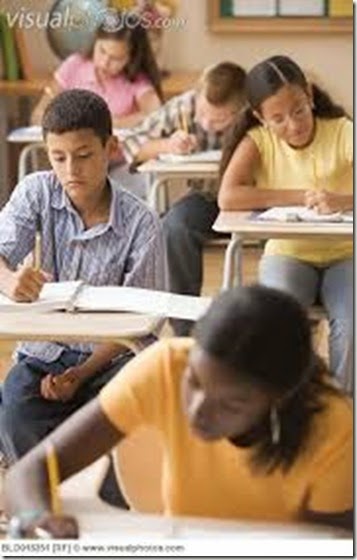 Then she told them to think of the nicest thing they could say about each of their classmates and write it down. Then turn in the papers. 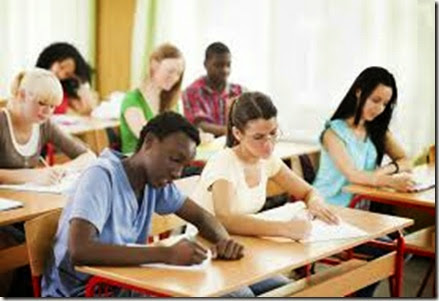 That Saturday, the teacher wrote down the name of each student on a separate sheet of paper, and listed what everyone else had said about that individual.
On Monday she gave each student his or her list. Before long, the entire class was smiling. 'Really?' she heard whispered. 'I never knew that I meant anything to anyone!' and, 'I didn't know others liked me so much,' were most of the comments.
No one ever mentioned those papers in class again. The exercise had accomplished its purpose. The students were happy with themselves and one another.
Several years later, one of the students was killed in Viet Nam and his teacher attended the funeral of that special student. She had never seen a serviceman in a military coffin
before. He looked so handsome, so mature.. 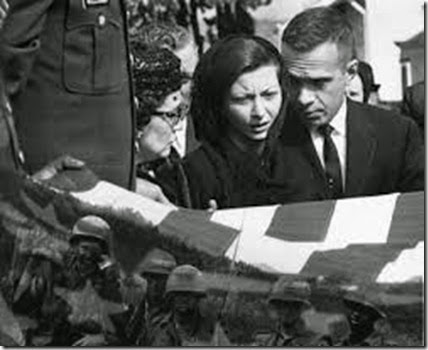 As she stood there, one of the soldiers who acted as pallbearer came up to her. 'Were you Mark's math teacher?' he asked. She nodded: 'yes.' Then he said:

'Mark talked about you a lot.'
After the funeral, most of Mark's former classmates went together to a luncheon. Mark's mother and father were there, obviously waiting to speak with his teacher.
'We want to show you something,' his father said, taking a wallet out of his pocket 'They found this on Mark when he was killed. We thought you might recognize it.'
Opening the billfold, he carefully removed two worn pieces of notebook paper that had obviously been taped, folded and refolded many times. The teacher knew without looking that the papers were the ones on which she had listed all the good things each of Mark's classmates had said about him.
'Thank you so much for doing that,' Mark's mother said. 'As you can see, Mark treasured it.'
All of Mark's former classmates started to gather around. Charlie smiled rather sheepishly and said, 'I still have my list. It's in the top drawer of my desk at home.'
Chuck's wife said, 'Chuck asked me to put his in our wedding album.'


'I have mine too,' Marilyn said. 'It's in my diary'
Then Vicki, another classmate, reached into her pocketbook, took out her wallet and showed her worn and frazzled list to the group. 'I carry this with me at all times,' Vicki said and without batting an eyelash, she continued: 'I think we all saved our lists'
That's when the teacher finally sat down and cried. She cried for Mark and for all his friends who would never see him again.
Nite Shipslog 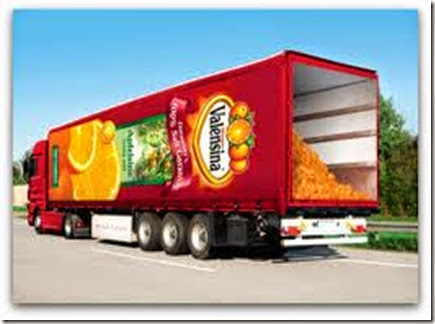 Another 3-D painting. You would declare those oranges are about to pour out!
Posted by jack69 at 3:49 PM

You know what I think when you mention teachers. Your teacher
Miss Grill. Then I remember the
poem, "I think that I shall never see a poem lovely as a tree". That is funny how it sticks in my mind.

Poor Miss Lambert could not handle
teenagers. Donahue Honeycutt was 18 still in school and in her class. He hid Miss Lambert umbrella in her car and it was raining. He disrupted class all
the time. I don't remember a lot
of teachers it has been a long
time. Remember we lived next door
to HS.

This is very touching. I had read it before but forgotten about it.

You know, I'd read this before ... but I STILL enjoyed seeing it again (thank you) ... and yes, my eyes are pretty moist right now.

PS - Your great niece is adorable :)

That was a great looking truck! So life like!

Had read that before; I think it shows the importance of saying nice things about others; we do remember what is said!

What a heartwarming story. Something to think about.


I hope that I was a positive influence on each and every student that entered my classroom.
To teach is to touch a life forever.
I loved teaching.
Thank you for sharing this, Jack.
Love,
Jackie

That was such a touching story. Reminding us that we could and should tell those around us just how very special they are to us.

This is a very moving story.
I am also flattered by your words about me.
I appreciate you Jack.

I could care less if it is true or not - it was beautiful and I do hope that teachers would do that - and check what they wrote before they give it to the other child!