Heroes wins out over cars.

I have a thousand things to write about, but I must decide on one. I am not writing about cars but on our walk yesterday, Parked at the Pre-school, there was a beautiful 1956 red and white Chevrolet. I don’t envy the lucky driver, I just want a 1955 tudor or hardtop to drive around (convertible would be good). But it is not cars.  Heroes are the subject.
I have many heroes. I admire folk that have pulled themselves up by their boot straps, as the saying goes. My dad and mom are heroes of mine. I think mama went to the 8th grade dad to the 3rd. They left school to work with their families. Mom in the country store and their farm.

Dad on the family farm.  Both educated themselves and as a team worked a North Georgia farm. Then chased jobs in the depression with a family of 5 all the way south to Hollywood, FL. Dad worked with the WPA and they lived in a tent. They worked as a team in North Carolina in the cotton mills. Dad as a fixer mom as a weaver. Then Bible School and dad became a very successful pastor. I do not think any pastor could love his congregations more than my dad.

I decided there is nothing wrong with family heroes. My brothers were WWII heroes. Jr. saw action in the worst battles in WWII. Jr. knew he was going to the Pacific so he bought a map and put girls names the major Islands in the Pacific. In his letters he would say somethng like, “How is Aunt Betty?”  He had no Aunt Betty, so mama would get out the map. During WWII no reporter nor soldier was allowed to say where they were. All reporters started their reports, “Somewhere in the South Pacific……..” 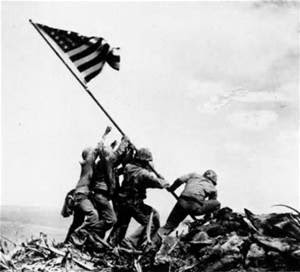 Nephews  Rick and Ted, Cousin Fred, Jimmy, Harold, Uncles Hisure, Hershel, Roy and BIL Lefty are my heroes.  Then there is Vernon, Sherry’s other brother. 3 tours in Nam as a Green Beret. We took him and his wife out to dinner last night. Vern is now about 83 and he is depressed. He ‘shows’ pretty good, but you can tell by his actions and eyes, he is depressed. His wife Janet is getting a little feeble herself.

It’s tough to see a hero depressed.  My mind asks, “How can a man tough as nails, who used to run 25 miles and not be breathing hard, be that depressed?

I love the old boy, but I have no idea what would bring him out of depression.

Nite Shipslog
PS: Depression can come across as dementia or Alzheimer’s, I would hate to be mis-diagnosed. 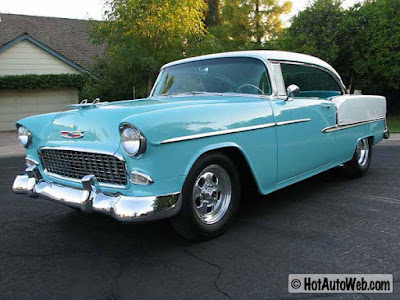 I loved this story of your family. Made me tear up just a little. I hate that your friend seems to be suffering. Depression is a serious thing that is often gone unnoticed. Maybe a fishing trip and a long talk might help.

You and Sherry would look great in that car.
Lisa

It is sad that people had to quit school and work for families to make money.
Dad educated himself and attended Bible Schools in Charlotte. They were
wonderful people and good examples to live by and everybody loved them.
Dad's name is still mentioned today. They were both well know for their works. I am proud to say they were my parents. I hear it even now I loved your Mother and Dad.

What a special family you and your wife had/have :) I can see why they're your heros. My Grandma M., my Daddy and my Don are/were all my heros and I'll love them forever. Your BIL could have PTSD, Don was in WWII and Vietnam and wasn't diagnosed with PTSD until after 1990. And the PTSD was not treated aggressively until after 1996 (Don was 71). Is there a VA near where Vernon lives...perhaps he could go and talk to someone there. I hope Vernon is able to find some relief from his mental pain...I will be thinking of him.

I enjoyed learning more about your and Sherry's families!
That 'map trick' of Jr. was sure something.

Like Teanne said, I was wondering if Vern isn't suffering from late-developing PTSD. My own son was only recently diagnosed (from Desert Storm) with that, as well as a previously undiagnosed TBI. The VA process and hurdles aren't easy by any means, but he's a wonderful support system ... as, I'm sure has Vern. Prayers!

Hero's are hard to come by in this world today. I feel for your friend. Being depressed is a serious issue and he needs to talk about it. Be there for him.

I wonder if Vern is just tired as opposed to being depressed? But then of course you would know better, knowing him and seeing how he is acting.

I think it is wonderful that you have heroes in your family! Everyone should be proud of the good things their family has done and it seems like you have had members of them that have achieved wonderful things in their lifetimes!

Interesting story about your heroes and I pray your friend gets help that will make him feel better.

I used to know someone that day after day would sit and watch TV. Because they were unable to do what they used to be able to do, they didn't do anything. I think that must have been depression. They'd always brighten up if they had some company though. Maybe that is what your friend needs. More time with friends and family. We really never know what goes on in the minds of others, but it's always good to have a friend.

There are heroes around us, many of which we never learn about until after they are gone.
My folks grew up hard too and I think they did a remarkable job with what they had to work with.
R