As a child  few things stick out like the winter days Mama would let Shirl and I thumb thru the old ragged, black felt pages of the 'photo albums' we called 'Picture books'.  Those old worn fragile pages were turned with care, even by children. Mama,  Kat, Jr and Odis had taken time to stick those little black corner photo holders in place to get as many of the little black and white pictures as possible on each one.
(You can see the difference in our family age That is Jr (about 18) and me about 2-3) 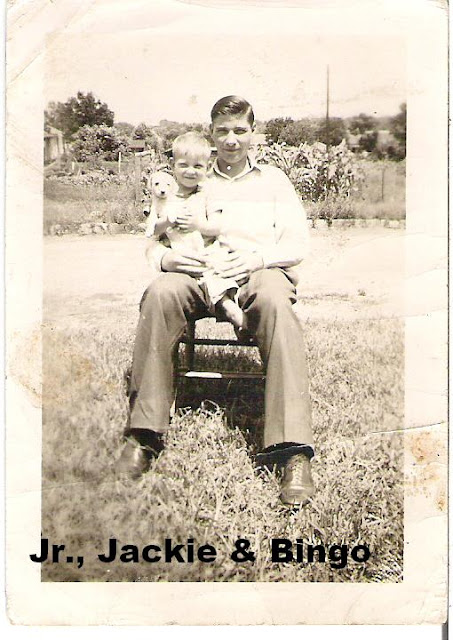 I knew a lot of them as we went thru, mama would tell us the old ones.  The ones at funerals were always the  most interesting to me because we got most of the family then. 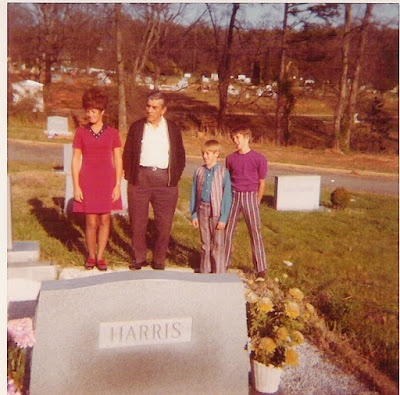 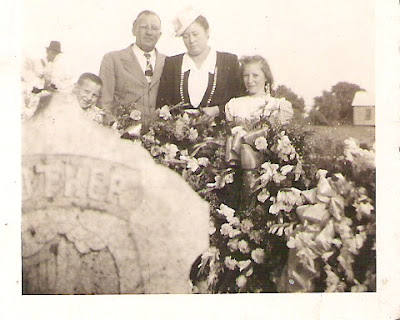 Pictures were treasured because they were so few. Once in awhile some itinerant photographer entrepreneur would come by and take unique  shots. I don't have one, this is from Sherry's old family album. 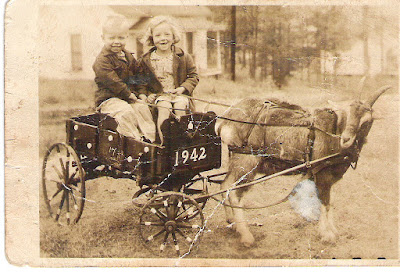 (Sherry & Johnny by a traveling photographer)
Horses were a big background, I remember one Rick put on 'life101' of him on a pony.  Evidently these guys were honest and good at their trade and did deliver the pictures that were bought. 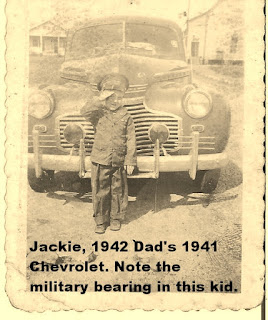 (Me above, Sherry (below) the little girl far right at a Vacation Bible School at the local Presbyterian Church) 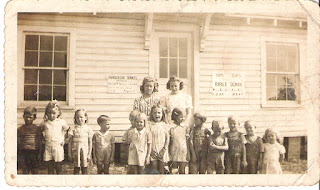 There are times in life that will NEVER be repeated. Sitting down with an old album is one of them. Pictures were costly treasures.  Having a camera with film loaded and ready was important. Even in my lifetime a roll of film has stayed in a camera for a year or more with the little 'number' showing how many photos that had been used on the 'roll' of film. When the total '12' or '21' was reached someone went into a dark closet or room, re-rolled the film and opened the old camera, carefully removed the roll and sealed it.  Back then it was sent off by mail to 'Jack Rabbit' processing company, in Spartanburg, SC. ' It took two 3cent stamps!

Funny, I just searched and found a Jack Rabbit Photo company in San Antonio..  Now I am wondering if it was a franchise nationwide.  Anyway a couple weeks later a thick envelope would be delivered and everyone wanted to see the new pictures. There were oooohs and aaaahs and some 'Oh Shucks' when a picture was black or very blurred.

Probably at 12 years of age there was  30 pictures of a person's  life.  Now some kids have an hour by hour record of their lives. LOL

BUT no matter the number,  there is nothing like the 'still photo', they capture so much. My Sherry smiles, with a ‘LOOK AT THIS’ when one of the family is on FB!

I think we all know the meaning of one picture is worth a thousand words. 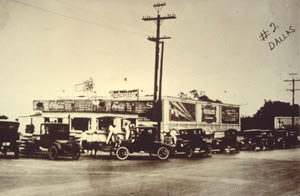 One of the first drive in's to eat, DAllas TExas 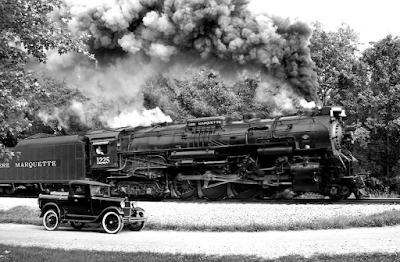 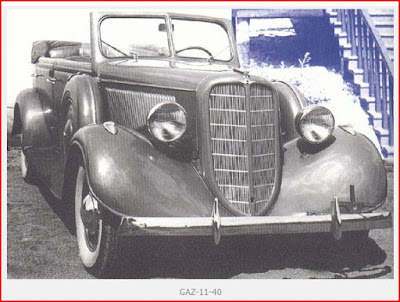 I make no secret of my love of pictures of old cars, the lower one is a Russian car, 6 produced.

I've several of those old "photo books" with the black felt pages sitting in momma's hope chest, myself! Curious, how many subjects felt it necessary not to smile. Why is that, do you suppose?

Now, I don't recall being particularly fascinated by my elders' images as a child ... but today, they're priceless. My daughter-in-law has begun posting images of their "grand and great-grandparents, etc." on Facebook to great reviews. (In fact, hasn't Rick done the same thing?)

Yes he has and I get a kick out of them. Something about age makes one appreciate age. LOL

I know I have more pictures of my children than my parents had of me and now I have way many more of my grandchildren than I ever did of my own children when they were young. The age of the digital camera certainly opened that up for me. Photo albums, except for the ones I keep on the computer are fast becoming a thing of the past. I enjoyed your Mama's pictures the those Sherry had too. Moments captured in time for ever.

pictures are indeed priceless. but when you remember how much film cost back in the day they are all the more precious.

I recently ran across a school picture on my computer that had some of my aunts in it. So interesting to see how they dressed back then. Isn't modern technology wonderful?

I have a picture of my daddy sitting on a giant jack rabbit. I laughed so hard when I saw it. Im gonna surprise him by making him a birthday card using it. Its only a couple years old so he is old and its funny. I love looking through moms old photo albums. Horses were a big thing because we all wanted to be cowboys.
Lisa

The stories behind those pictures your mom must have told while you carefully went through the picture book. Lots of memories there I am sure!

Jack the picture of you with the military uniform on was made by Mother.
I am thankful we had wonderful parents and had a good life..To put up
with the two of us growing up was a challenge and they handled it well.