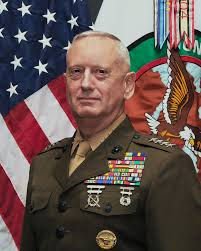 Son, Jack Jr., now that he is single, volunteers to work holidays so the others can be home with their families.  I did that in the military. I have known many enlisted men to do it. But this story made me feel good and appreciate a senior officer!


SEMPER FI!
This story was told by Dr. Albert C. Pierce, the Director of the Center for the Study of Professional Military Ethics at The United States Naval Academy:
A couple of months ago, when I told General Krulak, the former Commandant of the Marine Corps, that we were having General Mattis speak that evening, he said, “Let me tell you a Jim Mattis story.”

Then on Christmas day, he would load his vehicle. At about 4 a.m., General Krulak would drive himself to every Marine guard post in the Washington-Annapolis-Baltimore area and deliver a small package of Christmas cookies to whatever Marines were pulling guard duty that day. He said that one year, he had gone down to Quantico as one of his stops to deliver Christmas cookies to the Marines on guard duty. He went to the command center and gave a package to the lance corporal who was on duty.

And General Krulak said, “No, no, no. I know who General Mattis is. I mean, who’s the officer of the day today, Christmas day?”

General Krulak said that, about that time, he spotted in the back room a cot, or a daybed. He said, “No, Lance Corporal. Who slept in that bed last night?” 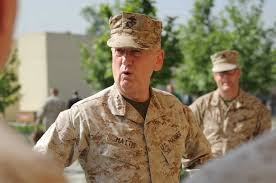 The lance corporal said, “Sir, it was Brigadier General Mattis.”

General Krulak said, “That’s the kind of officer that Jim Mattis is.”

He could end up being our next Secretary of Defense.

PS: Krulak should get an atta-boy  for baking cookies for the men on duty. 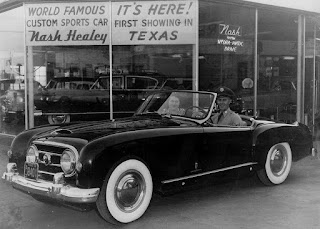 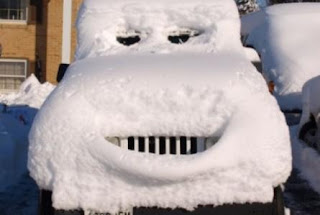 Then for you folk in the snow country, Brrrrr

Wow! ... Tears are growing in m'eyes!
Stuff like this is definitely helping make America Great Again!!!

PS -
Mark's birthday spot? I've a blog friend living in Riverside, California, whose dad lives in Palm Harbor. Well, every time Debby visits she makes a point to go to the Lucky Dill, and usually stops on her way to the airport to get 'take-out' to bring her hubby.

I concur wholeheartedly. We need a man's man upfront and guiding our troops! Merry Christmas Jack and Sherry

Love this story! I work in an industry that we work the holidays if we are scheduled for them unless you ask for them off. Not everyone can have them off. I usually work Christmas now that the kids are grown so perhaps a young family can have that time together.

such a great heart warming story!

What a great story about a very generous man. Thankfully my car does not look like the one you picture as I do have a garage to park it in! Ha! Otherwise it could!

This is such a heart-warming story. It's folks like Generals Mattis and Krulak that continue to make this country great and continue to warm our hearts. May we all be so generous with our time and hearts. I loved this.
As for the snow covered vehicle, by late today, yes, that will be us.
Love n' Hugs and Christmas wishes to you and yours from way up north where the snow flies but the air has warmed to zero 0 degrees...a heat wave.

Having worked holidays over the years, hearing this wonderful story of General Krulak baking and giving out cookies and to find "duty officer" Jim Mattis an "on duty" recipient is truly heartwarming. Two really "good guys" who don't take their rank to mean they are too important to demonstrate kindness. Great story!!!

I read this story to Nick as he sits across the table. This was a great Christmas story Jack! There are a lot of tough people out there with soft hearts. I believe good deeds like this will come back around.

Im headed out to walk up the road to grab some mistletoe I know where some is reachable.
Lisa

I always worked on Holidays to give people with Families could be together.
I have had my times with Family and enjoyed every moment. It was not easy for
us to get together since we all lived in different places. We did manage a few
times.