I have never built in Florida, I have done some remodeling but Block homes built on a concrete slab poses some problems.  I have just completed a learning task. We want a bathroom in the master bedroom. There is a good space for it, but water and sewer was the question. Sewer is at the front of the house, water at the side and the proposed bathroom is at the rear wall. After a couple days I completed running sewer around the perimeter of the house, keeping the fall on the sewer line so it will drain. I also picked up the hot and cold water from the side as I passed and ran the lines in the same ditch. Naturally if we had an attic I could have run the water over head, but I do not like water over head anyway, so that was out. As of now, there is pressure on the lines to make sure there are no leaks and they are buried awaiting the resurrection day when I do install the bathroom, it I ever do.

For a short time we did volunteer work (unorganized). I put it on the net on a forum I attend and I got a call. WE were in Maine at the time. The call was from a pastor in Arkansas.  “Could we travel to Lapanto, Arkansas?  A house where the local Alcoholics Anonymous meet needs a new bathroom.” 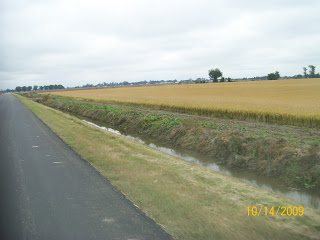 (Below is a field being harvested using tractors) 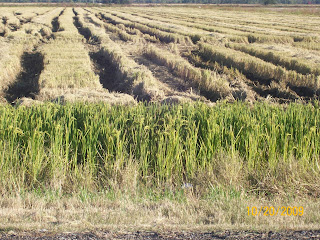 (Of course we had seen cotton fields) 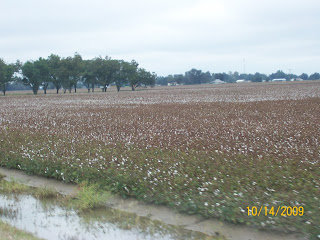 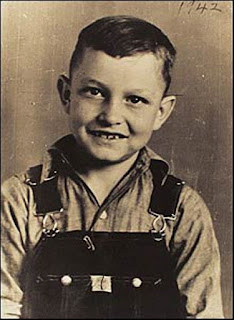 Young Johnny Cash, 'Jump down turn around, Pick a bale of cotton'

“What will be their cost?”  I said we are hoping nothing, but we will come see the job.

It was a good drive out to Arkansas. We met the pastor and a guy who headed the AA.  We took the job. Lapanto is truly out in the boonies. Closest small town to where Johnny Cash is from.  The only place we could buy plumbing, tub and commode was 65 miles. 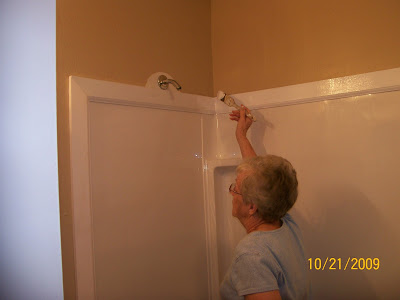 (Sherry putting the finishing touches to the bathroom.)

It was a fun job and nice folk. But also a pleasant surprise. John Gresham, one of our favorite authors, is also from the area. The Film "The Painted House" taken from one of his books was filmed in Lapanto. We got a personal guided tour of the house and barn where the movie was filmed. That was worth the trip. 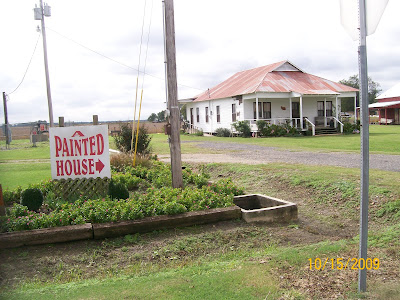 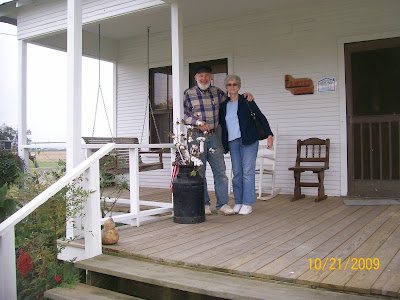 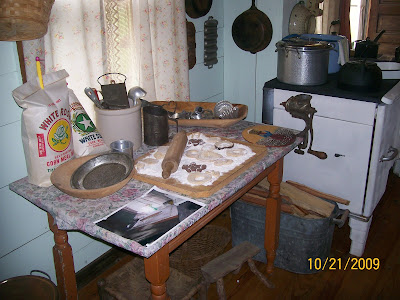 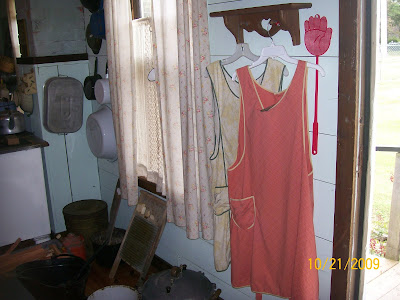 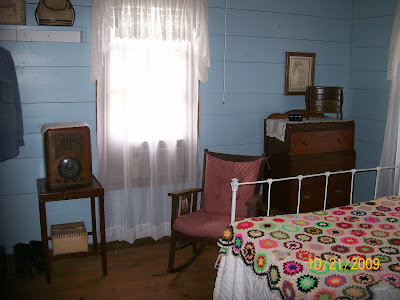 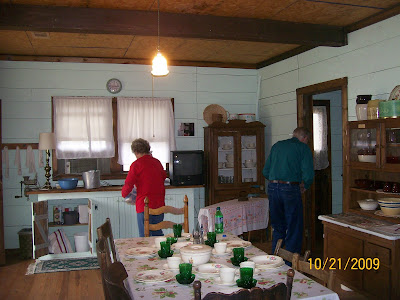 The job was satisfying. We did some extra stuff before we left in less than a week.  Then a leisure trip back to NC for another volunteer job.

I thought I could tell about Sadie, but I am out of words. Sadie? Maybe tomorrow.

Remember the song   by Johnny?

Your pretty smart on that plumming stuff. Tell Sherry the bathroom is looking good.
Volunteer work is always good thing.

Up late in NC
Lisa

Wow, that was dedication to get to that volunteer work, but I am certain it was so worth it!

there is always comfort from helping others. Great job.

You are not only handy there at your house, but willing to share your gift with others too. Being able to do all that plumbing work is a gift. What a blessing to be able to help others.

Those pics of the "Painted House" look a whole lot like some of the homes around our farm in Missouri. That was great your volunteer efforts had some historic interest nearby, admire you two for giving up the trail trek to go to Arkansas!!!

I'd not read/seen the Painted House, but that had to be a thrill. 6 degrees of separation and all that! :)

Your 'giving back' all the way to Arkansas is pretty darn sweet. (But then, I suppose that's a perfect way to describe the two of you......)

Very interesting I forgot about that volunteer job...You and Sherry travel so much and do so many things it is hard to keep up with you two..I know you enjoy traveling. I have traveled lots but now I enjoy staying home.

I love volunteering but I don't do it enough. Good job Jack.
Also, a house on a slab does make life interesting for maintenance work.
When I installed phones many years ago, I had to run phone wire around the
outside of the houses. It was a pain to do it right so that it would pass
my bosses inspection.
R

You two are so nice to help people out that way. I know you were appreciated. I read that book "The Painted House" and liked it very much.

AWESOME !!!! You two are a marvel! God has put you in the right place at the right time over and over. It's wonderful how you open your hearts, unconditionally. You make it easy to love you two.
Great job on the plumbing. Again, amazing. You and Bill would make quite a team. lol Bill put up our Christmas tree today so we decorated....I love Christmas and the true meaning and reason for the season, don't you?
Love from up north where the icicles hang and the frigid north winds blow.

Arkansas is where
Shepherd's Chapel is
I love Johnny Cash