Little KNOWN FACTS:
1.    According to tests made at the Institute for the Study of Animal Problems in Washington, D.C., dogs and cats, like people, are either right-handed or left-handed—that is, they favor either their right or left paws.
2.    Crocodiles and alligators are surprisingly fast on land. Although they are rapid, they are not agile, so if you ever find yourself chased by one, run in a zigzag line. You'll lose him or her every time.
3.    Horses can't throw up! (But they can throw you off!)
They are here!
It has been about 18 months since we saw our grandson Ben and his daughter Elsie Mae. They just flew in from the airport at Salt Lake City 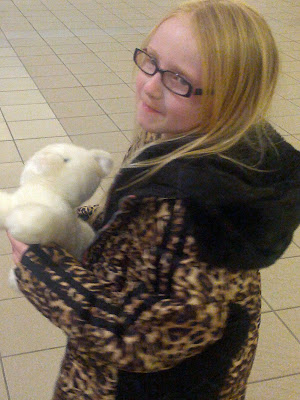 Ben was the first grandson born into our family. His older brother Corey, a super kid also, was brought into our family by marriage. He lives in Oregon now, it has been a few years since seeing him.  It is hard to accept that those grand boys (now good men) are 35 & 40.


Both are in construction and build bigger houses with steeper and more varied roof lines than their grandpa ever did. I am proud of them. 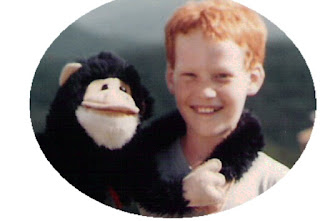 When I ran a roach coach (lunch wagon) Corey would ride with me. Once at ‘Holman and Moody’ the home of NASCAR ENGINES for many years, the foreman ordered everyone out to the truck to see Corey. “I want you men to see a REAL BOY!” he called out. The foreman had red hair and Corey also had fire-red hair. They all got a big laugh. You could see Corey’s chest swell! 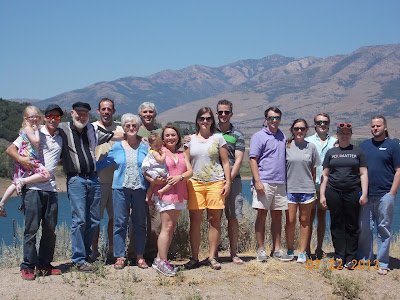 (I am so proud of this picture. It was taken at the insistence of Carol, our former daughter in Law. This is the whole clan except Corey on our trip out to see Ben and Elsie in Utah. Ben holding Elsie on the left.)

Ben builds in Utah and has Elsie Mae more often, with a chance to spoil her. He is a real dad  and that makes me proud. 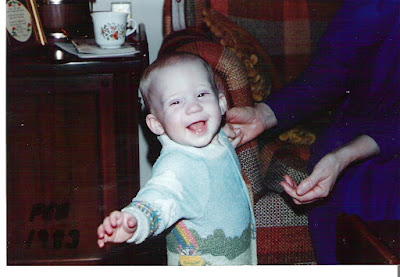 I never knew Corey as a baby, but I did Ben.  Once I started the building business it was a joy beyond measure to take him with me on the job. 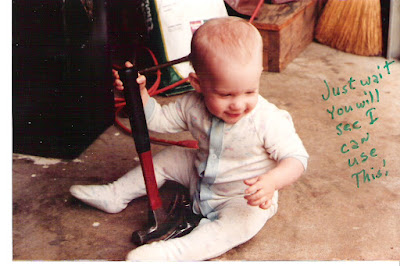 Our other grands: Josh, Stephen, Sherece, Matthew and Luke are on the East Coast, and we see them fairly often. So Ben is special. Every time I get to see Ben I think, ‘this may be the last time I ever see him.’  I know life is dicey as you approach the 80’s.  I do expect to see the 90’s, but logic takes over and reality sets in I realize, I am now fighting the odds.


I plan to enjoy this visit, I already do. 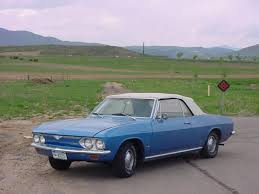 1967 Corvair, This car drove like a sports car. I enjoyed the Corvair.

This post has so much family pride in it and I think you will live into your 90's at least to enjoy them.

Enjoy the visit! Always special times when family can be together, especially if the family hasn't seen each other in a bit of time.

I have a couple of grands far away like your Ben so I understand how much a visit with him means. That family picture is great. Rarely do we have so many together at one time. None of us knows just how long we have so we do need to appreciate the moments we have together.

Enjoy the visit! They grow up so fast but they never run out of being fun.
Hope you and Sherry have a wonderful 4th of July holiday.

It IS such a pleasure when the grandloves visit. Last night we spent the afternoon/evening with Andy's family at the campground. SOOO much fun and loved seeing his boys enjoying what he did when he was a kid. Andy was teaching them how to handle a jackknife while trimming the bark off a stick to make into marshmallow sticks for s'mores. We were greeted with all three of the older boys showing us their road rash from biking a bit hard. They were so proud. lol, typical little boys. I sure enjoyed this entry that fit right in with our world.
love n' hugs from up north where it stopped raining!!!! Hay is being made....finally. Have a most humbling, sparkling 4th of July! and God Bless You for Your Service.

Isn't Ben the one so reluctant to fly when y'all were planning the family cruise? (I can empathize!)

For whatever reason, I'm thrilled he and that cutie Elsie are visiting. Betcha she and Stella are having lots of fun together ... and YOU watching! :)

enjoy your visit. life is short so you never know. make the best out of what time you have.