1.    Celery has negative calories! It takes more calories to eat a piece of celery than the celery has in it to begin with.
2.    The average American drinks about 600 sodas a year.
3.   It's illegal in Kansas to catch fish with your bare hands.
Ahhhh, The original is an icon.


I wash dishes some around here. Wednesday morning I noticed our coffee mugs were stained.  I reached for the scouring powder to clean the coffee stains (I am tempted to use it on my teeth!) 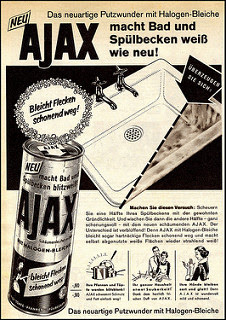 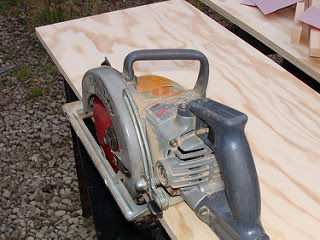 That brought up the fact that I, and most humans relate a brand name with a product.  In the building industry older carpenters still refer to a hand power saw as a ‘Skil Saw’, because Skil was the leading producer of the power saw for years. 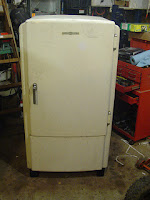 Mama referred to her refrigerator as a ‘Kelvinator’.  The Kelvinator was invented by a man named Wales. He took the name from Lord Kelvin, a physicist in England.  Seems cars always get involved in my writing, Nash Auto corp. bought Kelvinator but now it is owned by Electrolux.

So I guess Ajax was the first ‘abrasive’ cleaner I knew, so I call it all ‘Ajax’. I remember the commercial, “Use Ajax, the foaming cleanser, (b aba baba ba daduh (that is a music sound)) floats the dirt right down the drain. Dubaduba duwa!” 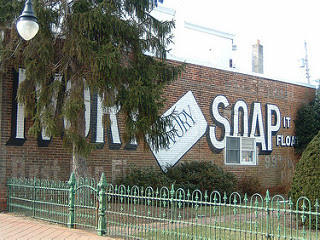 For years I called hand soap Ivory soap. I liked it because it would float in the tin tub when I took a bath. 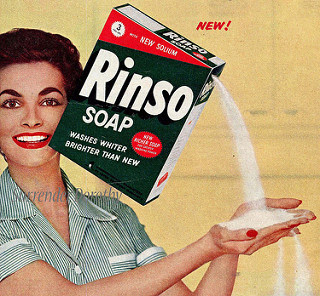 I also think all the soap powder mama used to wash clothes after the ‘lye soap she made’ was Rinso. So to me powdered soap was always Rinso. (sorry, Tide)

And if you shopped at a grocery store when I was a kid it was referred to as the A&P. i.e. “Imma run down to the A&P and get some hamburger meat. Of course if you were going to a grocery store, it was usually an A&P. 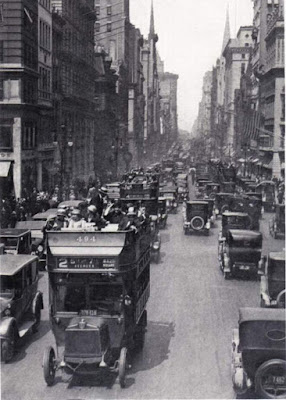 I remember "lava" soap and I know what the yellow school soap taste like. Ha. I still use Ivory but in a squirt bottle. And I still do not know the difference in bakings soda and baking powder.

i remember a number of these. Rinso & Comet in particular. nice trip down memory lane.

You made me get up out of this seat and go look under the sink to see if my abrasive cleaner is Bab-o. That is what I call it. No, sure enough it is Comet so now when I go to the store I must look to see if they still sell Bab-0 or did I dream it?

Son had a girlfriend long ago that lived with us for a bit. I think she might have had some issues with reading, so she shopped by color of things. She told us to get the orange mac and cheese one time. It took me awhile to figure it out but she wanted the Velvetta mac and cheese mix that came in an orange box :) We still laugh to this day (kindly) when we shop by color remembering the containers if the things we get routinely by their color of the containers. God forbid when they do change the colors on us :)

I'm not average. I don't do many sodas these days!

We do tend to stick with a name for things ever though they differ from what we actually use. I do the same. Name brands fade but we still use them. Nice you help with the dishes. When I moved I inherited a dishwasher here. I use it sparingly as it takes days to fill it up, but it is handy when company comes. My sister says she doesn't need one as she has her own personal dishwasher, like you, her husband helps with the dishes.

I remember Comet and even use it occasionally. I wonder if Oxy Clean will become an icon. it sure works. Nice tribute to days gone by even with what we use today doesn't differ much.
Have a great weekend. It's supposed to be a nice one here, Butternut Pioneer Days is this weekend so we will go to the campground by the kids instead and we will also have a great weekend.
love n' hugs from our fair up north

I'm unfamiliar with a Kelvinator or the A&P ... but can sure relate! I still keep cans of Comet in each bathroom.

But to your point? Absolutely! All tissue is 'Kleenex' and pop is 'Coke' ...even when it's a root beer. LOL. Makes me sad when an icon from the past goes missing.