Tis HOT on the roof!


little Known Facts:
1.   The word "testify" is based on the Ancient Roman practice of making men swear on their testicles when making a statement in court.
2.   In England in the 1880s, "pants" was considered a dirty word.
3.   According to many language experts, the most difficult kind of phrase to create is a palindrome, a sentence or group of sentences that reads the same backward and forward. A few examples: 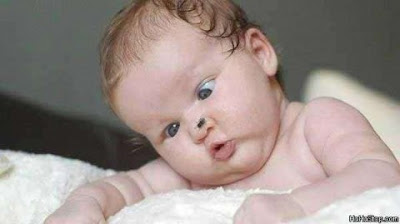 (leaks make me as confused as this little dude)

Granddaughter Reece, rents the house and her opinion was the roof only leaks when there is a high wind.  Roof peaks are finished differently, depending on the roofer (and owner). This roof was installed before we bought the house. Roofers start at the bottom eave and work to the peak. This peak was covered with an aluminum peak cover. Over the years the tacks have backed out (Not uncommon in the heat), I could pull up on the edges about a quarter inch. Wind could lift this and force water unto the house under the cover, defeating its purpose.

I re-nailed it, sweating like the mayor at election time. I was beat, yep, I am old….
Nite Shipslog 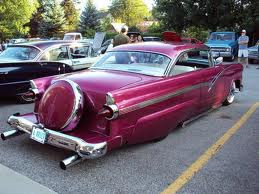 lets hope your roof repair holds. they are tricky for sure.

Talk about a labor of love! Stay safe, m'friend.

This is when you stop and think "do I really want to do the repair myself?" I had heard that about roof leaks that the problem is never where the leak actually comes into the house. With our roof being put in last year and it guaranteed for 25 years, I'm thinking it could very well be the last roof we put in, which is good because the noise drives me nuts :)

Uuughh! Those leaks! We had a couple flunkies put new shingles on our roof a few years ago. We have fought a leak around the chimney ever since. They finally stopped answering our calls to come make it right, so nick ended up doing it himself.
Then last year we found a soft spot in the camper ceiling about the size of a quarter. We had someone take it off and fix it. He did a fabulous and very expensive job on it. We are pleased with it though.

There goes the neighbors off to church where we should be.......
I hear ya about the heat, hot roofs and leaks not dripping in where the actual problem is. For several years, Bill tackled the kitchen roof until last spring when he finally had enough. He and Eric ripped the entire thing off, raised it about a foot, re-roofed it and we haven't had a problem since. They did say tho, that the actual leak was on an opposite corner of the kitchen and dripping across and down the cabinet wall....what a mess but my 'fine' craftsmen did it right. Ya gotta love the handymen in the family, especially when they are such determined workers. Glad you resolved the problem at the rental for Reece. I'm sure she's very proud of her grandpa for doing such a job in the heat. BlessyaMan.
love n' hugs from up north. A cool front has arrived. I'm lovin' it. It went from the 90's yesterday to the 60's today. Have a cool one yourselves.

Wow I had never heard of a palindrome! Hope you all are keeping cool.

Be careful on that roof in the heat. Don't know if it as hot there as here but they are re-roofing the senior apartments down the street and I feel for those guys. One time Mel and I tried to roof our garage ourselves. We had to come down from there until the sun went down as it was burning through our tennis shoes.

Glad that job is finished for you and hope your repair fixed it. It is very hard sometimes to trace a leak.

We've discovered a roof stain in our sun room, but have been putting off calling a professional roofing company. I've read your blog, and it has convinced me to make the call today before the damage gets worse. We have rainy winters, and the last thing I want to deal with during cold weather is a leaky roof.