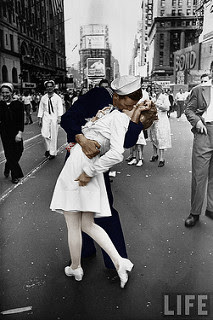 The kiss that expressed how Americans when WWII ended.
**********     *****    *************
I have known only one REAL Elvis Fan. When we planned our first cross country trip with Sonny and Colette a stop at Graceland was a required stop. Graceland had not been open to the public long. They had temporary everything, offices and rest rooms. It was our 2nd day and we found Graceland. The rest of us were looking forward to seeing the place, but Colette was ecstatic. "We can walk where Elvis walked."

Now I understand some of that feeling, having peed where John Wayne peed. LOL.  That was at the Alamo mock-up in Brackettville, Texas, where the famous movie the Duke starred in was filmed. But that is another story. The Duke I could understand being tickled over, Elvis was a ho-hum to me ‘n Sonny. I think Sherry was looking forward to it also, maybe not as much as her big sister. 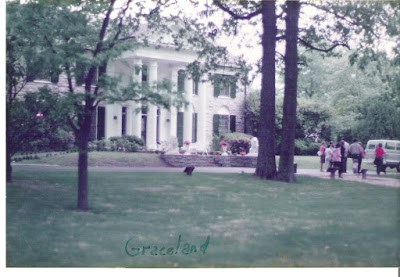 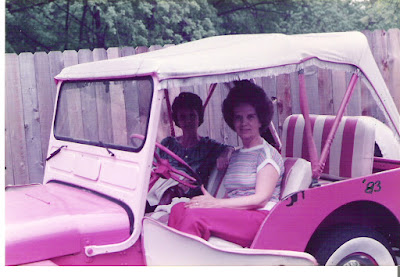 Colette got to sit where Elvis sat to drive his Jeep.

Anyway we made the tour. Much of the house was still off limits at the time. I think someone was still living there. Of course it was a good tour with a well versed guide. 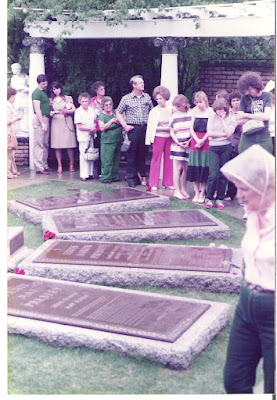 
Later we crossed the Mississippi into Arkansas and found a nice camp ground on the Mississippi western shore. We fixed some delicious hamburgers on the grill and talked awhile about the tour. The little camper had two double beds (It slept more comfortably than this coach does).

We could watch a little 12” b/w TV. We were lying in bed watching the TV when the wind started. Then the rain came in sheets. The Weather man said, “We have a bad storm brewing, I would sure hate to be out in it tonight.” I shut the TV off and we tried to sleep. A big wind picked up and moved the camper a little.

From the opposite bed I heard Colette frantically saying, “Jesus, Jesus, Jesus”. I knew there would be no sleeping tonight. The girls put on some clothes and splashed to the car. Sonny and I folded the camper up soaking wet. Locked it down, hooked it up and drove west.

After a while everyone could laugh as we drove through the big downpour. Stopped for gas (before self service) waded in 4” of water even inside the station. The attendant had his feet up on the desk. No howdy! “Gimme $5 and pump it yourself, I ain’t going out!”

We drove the rest of the night to Muskogee. Where we went to a laundry mat and used ‘thousands of quarters’ drying things out! While singing Merle’s song, “I’m proud to be an Okie from Muskogee.” LOL The sun was out!
Nite Shipslog 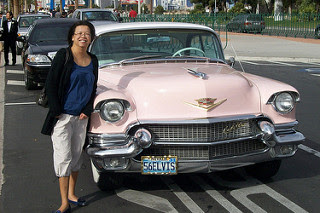 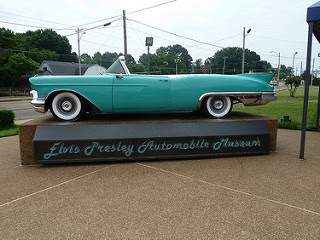 WHAT an awful ordeal, Jack. I'm sitting here smiling at Colette's "Jesus! Jesus! Jesus!" ... but would have been doing the same thing (or worse). I'm such an old 'fraidy cat about storms.

I wasn't a big fan of Elvis, but seeing Graceland would be fun.

Is she Sherry's sister? I liked Elvis - not that much and John Wayne. It is always interesting to me to hear about others and how they lived.

That had to be one "heck" of a storm with all that rain! I think I would be praying myself too :)

A trip and night you'll no doubt ever forget ! I'm an Elvis fan so would have loved sitting in that jeep too.

glad you were able to dry out somewhere.

Dispite the storm, Looks like you guys had fun and made light out of a dark situation.
Ive been in our camper during a storm and it rocked a little. But I aint never been to Graceland.

Whoa! Scary storm. I liked Elvis but what I remember most is the fact they would not show him gyrating his hips on TV and now look at what they show.