The Not so Wise Man (again) 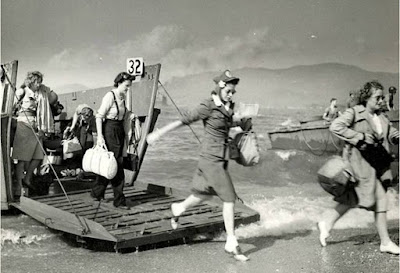 Brave women arriving on Normandy beach 1944 to assist the casualties. There were many "God Bless You-s" by the wounded.

Christmas,
Most Christmases have been great. Things went well the kids always had toys and a good Christmas Meal. Most of our Christmas times have been involved in some type of church experience. In my younger years most churches ‘put-on’ plays (That is how we described it). Many times we were in them or part of them.

This morning church service was mostly singing with scripture reading on either side of the Christmas Carol. When the Carol, ‘We Three Kings’ started, my smart alec wife of 61 Christmases elbowed me in the side and laughed quietly. It is an inside joke. 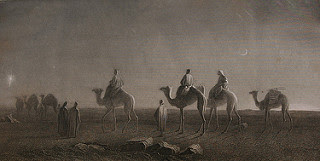 One that I have confessed to and related here on the internet for God, the devil, and some in between to read. Some small insignificant lapse in memory happens and no matter how many wonderful, marvelous, miraculous things you have done in your life, the memory thing is remembered longest.

Once while I was stationed at Keesler, AFB in Mississippi because of my superb voice and talent (or because they could find no one else (I forget which)) I was chosen to play the part of the third Wise man (Obvious reason there) and sing the third verse  which begins ‘Myrrh is mine etc…’ The play went off without a hitch. Mary had the baby etc. and We Wise men marched in. The first two guys did pretty well, not great, everyone was waiting, holding their breath, for my strong soprano voice. I did not disappoint them. I belted out, “Myrrh is mine…. And at that time, from outer space a Russian satellite beamed a lazer at my ‘wise’ brain. I lost all memory. The satellite then through my lips started singing “da da da, da di da da da, da da di da da da da da” to the tune of We Three Kings.

It is an abomination that with all my awards and ‘atta boys’ FORGOTTEN. My wonderful assets lost, that in their Christmas cards which continued to come for years, saying: Merry Christmas Jack, DA DA DA DI! 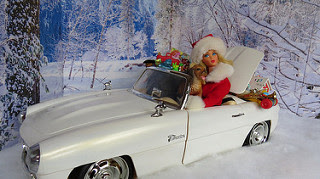 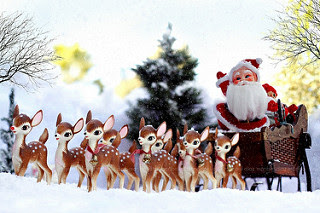 I think I only know the first verse of We Three Kings; I can see how you might have forgotten your verse when it came time to sing; cute story!

Love that story and wow, just thinking how awesome it is to have the ability to come up with a "story line" every day of the year....Merry Christmas to y'all today!

Merry Christmas and Happy Healthy New Years to you and Sherry, We are relaxing watching it Snow and Blow outside, the Birds are humped up in the evergreen trees staying out of the blowing snow and wind. Sending Love and Warm Wishes to you both from the Frozen North, Gary an Anna Mae

My son and his family are here, but wanted to wish you MERRY CHRISTMAS. LOVE, SANDIE

What's funny? For the last week I've been walking around humming "We Three Kings" and remembering your FUNNY story. So glad you reposted this, so I might chuckle all over again!

Every time I hear and sing We Three Kings, from this story forward, I'll recall your ' moment.' Sweet that you shared it and contributed to so many folks recall of this Christmas carol. I'm sure your Christmas with Sherry and family has been full of love and laughter and was very merry.
love n' hugs from up north in our extremely cold windy weather.