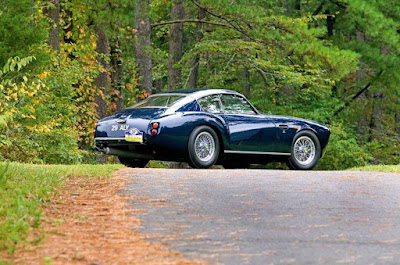 We will not be in our hometown for Christmas. We will leave this Wednesday and head back to Deltona. Jack Jr. will be in and out of this house,  keeping check until the spring. Of course the adjoining condo is rented to good folk, they keep an eye out also.

The reason the bedroom is so large here.  I built the Condos, 1 for Sister Kat and her hubby and one for us. The plans were for a large 3BR house. I suggested taking the two largest bedrooms and making one, since this was going to be our retirement homes. Kat & Dick agreed. When Shirl lived here she ‘complained’  ;-)  about the 48 steps to the refrigerator at night. I just stepped it off for the fun of it, she was talking about the round trip and she took small steps.  LOL.

Sherry is sitting at our built in breakfast table. This was Sister Kat's addition to the house plans. We liked it so much we incorporated it into ours also. The kitchen is to her left. She was preparing the Christmas cards and i surprised her. 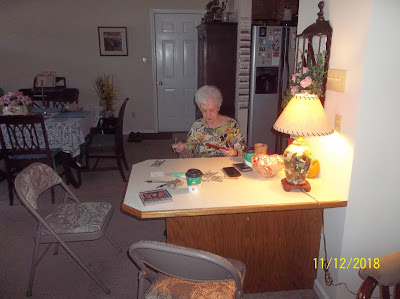 We have one last building lot. Granddaughter has asked if we could build her a house on the lot. It has been at least 20 years since I built. Of course I am out of touch with present regulations and requirements for new homes, so I went down town to check. The secretary was very helpful and gave me an application. She said, “The lot presents some legal challenges, but I think it is build-able. As I was leaving one of the older city admins came out of his office. He has aged of course.

I called out, “Alex you have gotten old since I built last. Have you mellowed any?”
“Hell NO!”
“I figured that, I just want to build one more and I will stay out of your  hair, what little you have left.”
“I’ll remember that Darnell.”
I smiled and laughed, “I know you will, my friend, I know you will.”
He was sort of a pain in the rear, but we always got along, that is with him winning most of the time. You know the rules, the guy with the hammer (authority) has the right of way.
Son Mark, who also built in town would say, “Dad, he has a $h--ty job, and he is just doing it.”

Every time after that when Alex and he locked horns I would say, “He’s just doing his job son!”  And we both would get a good laugh.

Mark is Reece’s dad, she said he promised to give her his labor, building the house. Mark is a much better builder than I (and a few years younger). LOL

I love how you built your home to suit your own tastes … not 'cookie cutter' layouts. That built-in breakfast table is a great idea!
Jus' a hunch, but I'm thinking you can't wait to get your feet wet again building Reece's new home. Ooooh, the stories just waiting to be told!

lots of new stories to be told with the building of a new home.

Life is never dull for you. Being a builder is something I think you'd not forget how to do, but rules and regulations are always changing for sure. Hope all works out for the best. No matter where you are, it's still always home sweet home. You do so much to make it so.

Did I read this right that you are going to build another house? This is going to be great.

Building for Reece will bring back happy memories and create new ones as well, Congratulations!

Are you going to build another house? Wow. When will you start - you must be excited.

dang, I lost my entire comment. grrrr
The gist of it all was that if you can build again, so can my dear man...
( I mean that in the most kind way.) Maybe, just maybe I'll get my sunroom yet! He does love a challenge and you may spark one. I thank you.~!
love n' hugs from up north where our fair weather has been amazing with 40something weather with lots of sunshine. I cannot wait to see your new project!

That is so cool that Reece wants you to build her a house! Your legacy will live on in that house and she'll always tell everyone of the house built by her dad and her grandfather for her!