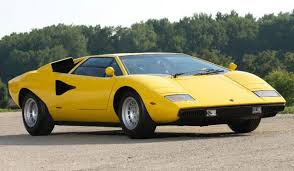 I see and read things that go against my basic core of STANDARDS. I have read things in the paper/news on the net that shock my mind. I just read that a man was jailed for spanking his son. In my life time children were ‘whipped’ instead of spanked (I think it meant the same thing). My parents would say, “Keep that up and you will get a whipping.” I know some parents  have gone too far. Many corporal punishments left marks. There were red stripes on my legs from mama’s keen switch from the hedge. I had to go get the switch.  I was paddled in school a couple times (of course I did not deserve it! ;-) ). Those times I also received a couple whacks at home to say 'amen' to my teacher and principal’s wise judgement. 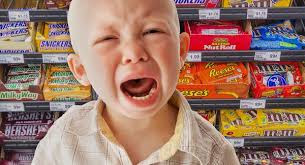 I was raised hearing, ‘Spare the rod and spoil the child’. Solomon said it several ways, but he said it this way once: “Foolishness is in the heart of a child, but the rod of correction drives it far from him.” Of course Solomon did not know about ‘time-outs’ or taking away the TV or phones. 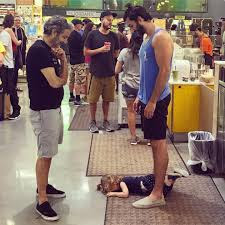 Right or wrong, I used the rod of correction on my sons at times. Today I would be a criminal. YES, I know there are other ways to correct and punish, but the government should not decide the method of punishment. Forgive me if I offend you, Dad and mom were the best. In religious terms they were kind, honest and Godly. When I was punished, I KNEW I had intentionally did something they had told me not to do. 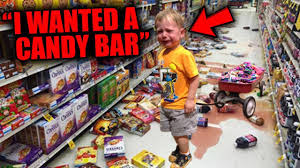 If you do not know that many of today's children are out of control, you have not been to a store lately. I have witnessed kids scream and scream because they did not get their way. I have seen on the floor temper tantrums or throwing food in a restaurant with a scream. Many times the parent or guardian doesn’t seem to even notice. If they are using a timeout method, IT AIN'T WORKING!

I searched for tantrums in stores and watched videos that were hard to believe. In one a kid took the coffee pot in a 7/11 store pored the coffee on the floor and then threw the pot down and smashed it. This is crazy!

I do not know the answer, but I know something is WRONG!

PS: From 'Parent Magazine' how to stop tantrums Fast!   None seemed fast to me.
This was #7...
Don't give in to demands. Public tantrums cause some parents to give in simply to reduce embarrassment, but this response will only serve to ensure that your child will repeat the tantrum the next time you're out. Ignore what others may say or think in such cases, and focus on your child. As calmly as possible, state your rule and get on with business: "You will not get what you want by crying and kicking. When you calm down, we can talk about it."

That in red should have been done long before entering the store.  And I might be weird, but I have always sorta cared what people thought of me.
I have witnessed that in blue, and I have never known it to work. How can you state your rules through SCREAMS?
Posted by jack69 at 10:49 PM

Thanks for your sharing. Hope you can contribute more quality posts to this page
Hotmail login
Hotmail sign in
Hotmail password

A lot of children do seem out of control today. I think it is the result of Mom and Dad both working and spending very little time with their children. No one takes the time to tell them how to act and when they are faced with conditions they don't like they act out in the only way they know. Some kids are put in day care early in the morning and don't got to go home until 6 in the evening. They are fed and put to bed and go off to daycare again the next day. In today's world, both parents often have to work to make ends meet. Since I have several teachers in my family, I know for a fact that their first experience with having to sit down and be quiet is often when they start school. Then it's left up to the teacher to try and control them. Thankfully my children are all good parents, so no complaints about them. Of course they were all angels...Ha ha ! I never took them shopping unless I had to.

"MA" just hit the nail on the head. Parenting has been left to teachers and daycare workers.....then the parents take them home and don't discipline properly out of exhaustion from 'their' day and wanting peace in their home without yelling at their kids. More and more I pray each family with children should have at least one parent home 'teaching' good behavior & morals all starting with love. Tough love would not be necessary. Bullying wouldn't be such a problem.....kids need constant encouragement, hugs, kindness, all the good stuff for a peaceful existence. It can happen but it has got to start at home. You are right Jack, a lot of today's social standards ARE shocking.
love n' hugs to you and Sherry for a Very Merry Christmas Season. Up north will be near 40 again throughout the week. It's beautiful outside.

Sometimes I think this old world's gone crazy, Jack. (Then again, there are those of sound mind like you … and Sean.) There's little I could add to this. Perfectly put!

PS - Unfortunately, these children grow up to be adults who drive … and vote. LOL!

I agree 100%! I was whooped as child and received paddlings in school (believe it or not). If we threw a tantrum, mom or dad would tear us up right there in front of God and everyone. We did not get the 1,2,3 count either!!
We were afraid of our parents and teachers. We got a lot of spankings with belts and switches that I still think I did not deserve but Mom and Dad also made sure to remind us how much they loved us. I turned out ok....I think.

from the desk
Lisa

My mom used a switch from the hedge bush and I learned right away I didn't want one used on me, so I tried to be good. Dad would use punishment by not letting us do thing we wanted to do. Once I was invited to the movies and because I grumbled about having to do something I had to stayed home that night. Hurt worse than a whipping. Watching the news, I can see why some children act the way they do the parents and grownups act out of control. I'm leaving tomorrow to fly out to have Christmas with Shawn and his family. I'm like Sherry about flying little Ski dish, but when you want to go bad enough I can overcome it, (maybe) Say a little prayer for me.

You are right about the kids being out of control. I would like to know what happened. My parents parents were tough. My parents were very tough especially my dad - mean. Then I had expectations on my kids - main streamed - I would bring my kids to the bathroom and wait until they stopped crying. But Kelly was more of a friend to grandson and I have to say it doesn't work as well.

I blame the stores for keeping candy and other little whatnots at the front register where a tantrum is just about in the asking when kids who are tired of shopping or just tired in general then have to hear the word "no" from their parents. But all kidding aside, kids have to be disciplined one way or another for them to be able to be responsible caring adults.