Opinions and We are on the road again Wed. Morn.

Today as we were returning from mail call I saw a new car painted one of the ugliest colors I can remember. I started to say it, then I thought. That guy just paid over 30K$ for that car, he must think that color is beautiful. I mentioned that to Sherry. She always comes back with the statement, “Yes grandpa, everyone has an opinion.”

Well that is true, and in my opinion the color was ugly therefore making the car look ugly.

It is hard for us humans to adjust to someone thinking completely different from us. Sometimes it is so bad wars are started, because we want to change their opinions. I read once, that during the Civil War, some of the Union Leaders said to Lincoln, we will change their minds. to which he said, “A man convinced against his will, thinks the same thing still.”

Remember the kid forced to stand in the corner for sticking out his tongue at the teacher. His dad, punishing him at home, first asked, “Did you like standing in the corner with everyone looking at you?” To which little Jimmy said, “In my mind I was standing on the teachers desk with my tongue stuck out.”

Rodney King asked, “Why can’t we all just get along?”

We will get along when we learn to live and let live. When we realize that backgrounds and heritages decide most of our opinions but we will ‘get along’ only after we learn to agree to disagree.

Our problems are caused when we center on the differences and do not see or seek a common ground. I have mentioned Sonny, my buddy, many times. He and I had drastically different opinions on politics and unions.  The man was a cabinetmaker I was a carpenter. Normally those two cannot work together. We also attended different churches. But he and I never had a serious argument. Never a mean word was exchanged. WHY? Because our friendship was on things we agreed on. We found those to be strong enough to not bother with the rest. Common interests can make a bond.

Hey, Wednesday, we pull in the awnings and slides. We raise the jacks. Disconnect the water, sewer and electric. Start this diesel and head down to Orlando. Not far, but it is moving and on the road.

The wisest of all once said, “To have friends, you must first show yourself friendly.” 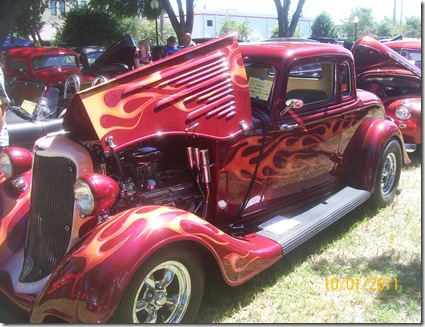 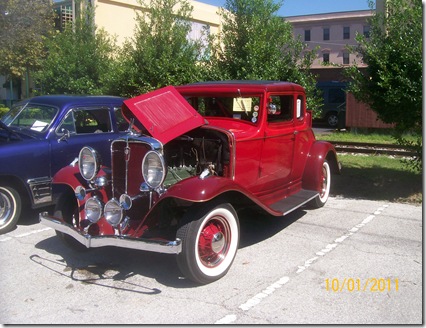 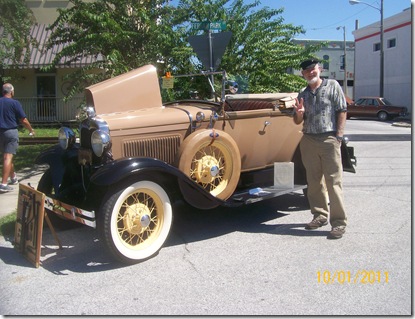 From the Eustis Car show. There was a time that boys/girls had strong opinions about cars. Their Ford, Chevy, Stud, Pack, Buick, Olds was the BEST!

Now you have me curious, what the heck color was the car? I'm so angry they stopped making Ford Rangers and I wanted one in Metallic Red.

Safe traveling to Orlando on Wednesday...
And...I loved the little boy's retort who was standing in the corner: “In my mind I was standing on the teachers desk with my tongue stuck out.”
Cute!!!...and so much like a kid (and me, too!)
Thank you for this blog. I enjoy being here.
Smiles,
J.

I bet that car was painted that
mustard color. What a dull world
we would live in if everybody
like the same thing. I have to
keep telling myself how dull it would be.

Okay Jack Shirl says mustard color, and I will agree that could be an ugly color. Lol. Maybe purple or orange. Come on and tell us what color it was. Lol. Take care. Jean

I too am curious about the color of the car; but hey maybe they intentionally had it painted that way so no one would steal it :)

I have to agree that we have to live and let live for everyone to get along and for us to find common ground with others. We are all more similar than we are different I think. The majority of us want a nice quiet life, good times with family and friends, etc. We need to remember the good in people rather than our differences indeed!

How fun to be heading to Orlando, but I guess you guys are getting close to your cruise take off. Safe travels!

Our world would be a boring place if we all thought the same and liked the same things. Thankfully we are all different. Hope you have safe travels and a good trip today.

Great shot of that Studebaker! «Louis» recognized it right away because of the unique headlamps.

When you figure some of those answers out let me know. I like the idea of the relationship is what we agree on. sandie

Have a safe trip to Orlando, enjoy the warm weather. It's turned cold here and with that wind blowing it will freeze your ears about off. Tell us the color of that ugly car somewhere along the way.