Lost in the City and Angels


Little known facts:
1.   Lightning strikes the Earth 100 times every second.
·      La Paz, Bolivia has an average annual temperature below 50 degrees Fahrenheit. However, it has never recorded a zero-degree temperature. Same for Stanley, the Falkland Islands, and Punta Arenas, Chile.
2.   There are over 87,000 Americans on waiting lists for organ transplants.

Apartment hunting in the big city:
When we were in our late 20’s I was sent to Washington DC to attend IBM Maintenance School. We had NEVER looked for a place to live in a CITY. Only small towns. We packed everything we owned in a 1957 Rambler and headed for DC. 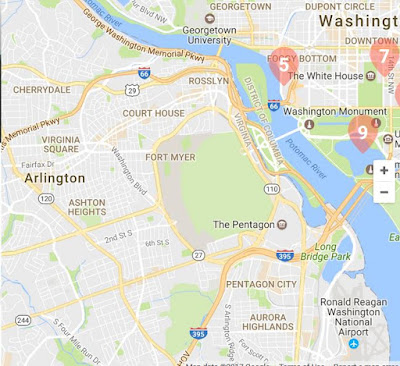 (And this is only a small portion of the area. We were in the Arlington, VA area 3-4 miles from the White House.)

The plan was to get a motel for a day, buy a paper and find an apartment close to the school. The largest paper I had ever seen was about ½” thick on SUNDAY. The daily Washington post was 2” thick with ‘One Million’ apartments ALL OVER THE PLACE. I was stunned. My parents were keeping the boys, thank the Lord.

Sitting in the front seat of the car trying to make heads or tails of the listings we were one confused and lost couple. We were parked in a strip mall parking lot. It must have been obvious we were lost because a man tapped on the window and offered to help.

“Sir, if you plan to find a place to live in this city, you need a realtor.  They are easy to find. There is one on the next block.” (He shared coffee with us talked, gave some good advice and headed off to his job in the Pentagon) 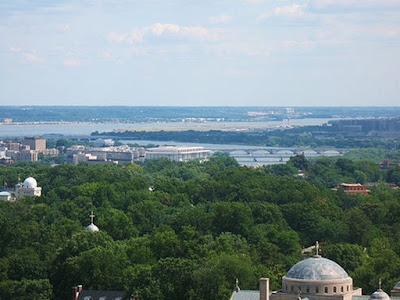 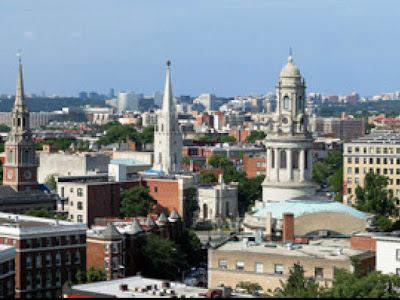 By night fall we were in a furnished apartment. Amazing.  Maybe it was the prayers (LOL) because once we saw the thousands of apartment buildings and hundreds of streets we knew our hope was on the wing of a prayer. 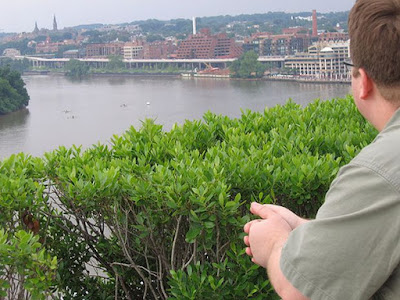 Whether or not there are angels who assist in this world is of a lot of opinions. But Dale Evans (Rogers) wrote a book many years ago concerning their daughter ‘Robin’. They had her for only a short time, but Dale insisted she was an ‘angel’ that they had been unaware of. The book ‘Angel Unaware’, Sherry and I read many years ago. 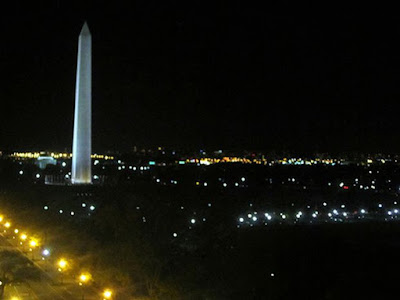 This man (a soldier) was an angel to us. I was ‘OUT OF MY ELEMENT’ basically a country bumpkin in a city and knew NO ONE!

Don’t you love a good Samaritan? There are some folk who could pass for an angel, at the right time.

PS:By far DC is the most interesting place for sight seeing we have ever lived. We lived in the area two times. 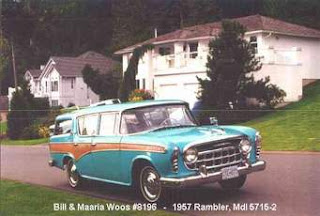 Angels in disguise make our life easier, don't they? an interesting place to live for a country boy, indeed.

I loved our last visit to the DC area back in 2005. So many wonderful things to see and do. I do believe that man was an angel to you and Sherry to help you find an apartment. I might have mentioned it before, but I do believe in looking back, an angel visited us one time years ago when my brother's motorcycle broke down. He and his wife were out for a date night. Bike broke down. He called me to come and get them home and he would deal with the bike the next day. I go down to meet him. Out of the blue, a man asked him what was wrong with the bike. Brother explains what was going on. Man made an adjustment or two and the bike started. Man literally disappears in the crowd before we can thank him. It wasn't until years later I wondered if he was an angel. Regardless, man or angel, I do believe God sent him.

Hope you had a nice Father's Day!

Lovely story of your Angel. They are everywhere and rarely to we know it till they are gone. I don't think I'd ever make it living in a big city. I've been to a few and decided to stay put here in my small town. The only place I could think of that I'd like better and that would to be out in the country. It's nice to sight see but home is best for me.

I never was a city girl and never hope to be one. I always gravitate in the direction of 'home, sweet home.' I'm glad you found your way around tho. I'm sure if I HAD to, I'd manage but this country girl hopes to always be here til God needs me elsewhere. I totally believe in angels and living on a wing and a prayer. Always keeping God in our presence makes everything work out.
love n' hugs from our wet northern soil

That's it ... I'm moving to La Paz! (For someone whose favorite season is winter, I sure picked a crazy place in which to live, didn't I?)

Your mention of the Good Samaritan sounds similar to something Tom and I experienced while trying to find his friend's place in rural Alabama. We'd not been pulled over to the side of the road more than a minute when this fella slowed, did a U-turn and pulled alongside, asking if we were needing directions, then said, "Follow me."

I agree; a good realtor is worth their weight in gold.