Not my mattress and then my protector


Little known facts:
….In Calama, a town in the Atacama Desert of Chile, it has never rained.
…..Erosion at the base of Niagara Falls has caused the falls to recede approximately seven miles over the past 10,000 years.(remember?)
…..A ten-year-old mattress weighs double what it did when it was new due to debris that it absorbs over time. That debris includes dust mites (their droppings and decaying bodies), mold, millions of dead skin cells, dandruff, animal and human hair, secretions, excretions, lint, pollen, dust, soil, sand, and a lot of perspiration, which the average person loses at a rate of a quart a day. (Our mattress in the motor home is 16 yrs old, do not tell Sherry! ) Good night!
********************  ************
Okay I must talk about that mattress fact.  I have moved many mattresses, they have all been heavy, felt about the same New or old.  Of course in the ‘fact’ above, I am not sure if the mattress cover, some nylon/plastic covers were considered. I have read that many mattress companies reuse old mattress bases, I do not know if that is true or not.
I am sure everyone knows 93.8% of the facts I list are from the internet. (smile).  Also I have heard that % estimates are made up as the writer types, the 93.8% could vary up to 6.2% depending on my mood!
Sherry & I walked in the woods a couple times while in the mountains, the gnats were bad. When we hiked the AT we both wore nets, it made the hike much more enjoyable.  It is not cool to swallow or pull a gnat thru your nose.

I read to pass the time when my girl is gone. 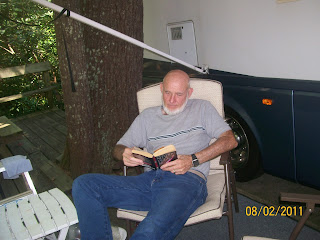 (Although this was in 2011, we were very near the same spot as this year)
One day Mary Ann and Sherry went to Blowing Rock and Boone shopping.  Sherry was gone for 4-5 hours. I missed that girl, but she had a good time. I am spoiled having her with me most of the time. We are separated about an hour a month, maybe.  In reality when I was mostly deaf she hung close to protect me and interpret.  She knew I faked understanding at times.  But I think that it is natural, once you have asked ‘What, huh, or grunted’ a few times you finally act like you understand.  After a while the hearing challenged dude learns to smile, actually laugh or maybe look solemn, by the demeanor of a speaker.

But other than being my protector, I just love having her around.  It is not as necessary as it has been for hearing, but I still feel safer if she is around.
That is our life for today, and I am still the luckiest guy in the world.
Nite Shipslog 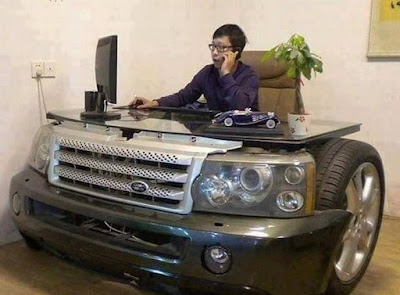 Ahhh, my kind of furniture! 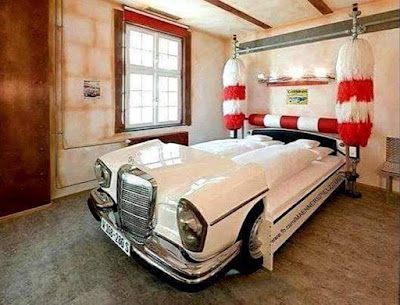 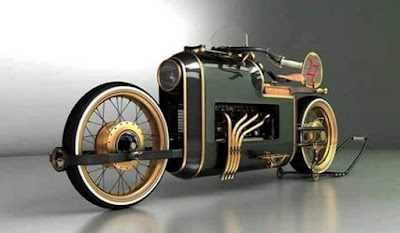 I don't even know what this motorcycle is called, but I did see one in a Museum in Maine.

I have heard that about mattresses but have a hard time believing it. We just got a new one this year so We are good for a while. Man are those things expensive or what?
You and Sherry are just the cutest! I understand the missing part. Me and Nick are never away from each other except when Im at work or church. We go to seperate churches. Im Baptist and hes Presbyterian. I cant convert him. Haha.
I love reading a good post about true love. You and Sherry are good examples of that.

I have heard this about mattresses. Sorry to hear how much you miss each other when you're apart. it is a fact of life I've dealt with most of my husbands career.

Here one of the mattress companies say it takes 8 years for a mattress to double its weight. We just bought a new one about 2 years ago so we are good to go for a few more years. So sweet how you and Sherry do get to spend so much time together. I wonder how hubby and me will do when he retires first since he's 4 years older. Having him around all day will be interesting, but I'm sure we'll work out a schedule. We sort of did when he was between jobs those 4 years while taking care of his parents, etc. I do have my set routines, but that could be changing soon, we'll see :)

I've always used a mattress protector. I have a pad I can wash regularly to keep the bed fresh and clean. I wonder about those dust mites that they say are everywhere. And yes, we are constantly shedding skin. Great you have your protector with you. Sherry is a blessing to you and I know you are a blessing to her too.

I wonder if flipping our mattress flips mites everywhere, hmmmmmmm, not wanting to find out. As for you missing Sherry, you two are the cream of the crop. It's why you miss her when she's gone...like taking a tire off your coach, it seems you just cannot move right without her. I also love to read when Bill and I are apart., my reading is done in the breeze on the deck whenever possible. I just gotta hear the birds singing.
love n' hugs from up north. We're re-planting what got washed away in our hard rains. last time tho, re-planting, I mean.

Uh-oh. Tom and I are on borrowed time with our mattress. For the time being, like Scarlett O'Hara promised, "Tomorrow's another day."

Facing retirement next year, I'm anticipating - and, at the same time, apprehensive about being with Tom so much of the time. ('May have to buy that fella a fishing boat!)