Old sayings and A walk

…. Butterflies taste with their feet.

….Cats have over one hundred vocal sounds.  Dogs only have about 10.

…."Dreamt" is the only English word that ends in the letters "mt".

….February, 1865 is the only month in recorded history not to have a full moon.

Words/slang change or lose their meaning over the years.
"You sound like a broken record" has lost its meaning because folks in the last 30/40 years haven’t had a record player!  I remember when a record was cracked it would get hung upon one groove and play the same thing over and over. Yeah,  I know some of you have had that happen in your youth.
"Hung out to dry," From hanging our clothes to dry. I believe the only reader who still hangs her clothes regularly would be Bonnie. Sherry does it at times to 'freshen' them.  Yeah, Using that term meant being left out for everyone to see, the good the bad and the ugly.
“Jalopy,” Usually the first car a teen had in the 40-50’s. It was many times a sort of ‘junker’, but it’s  ‘MINE”, would say the owner.

But for Today:
We haven’t taken any long walks while up here. But made several one-two mile trips. On one route we walk the road above the coach. This is our home down below us: 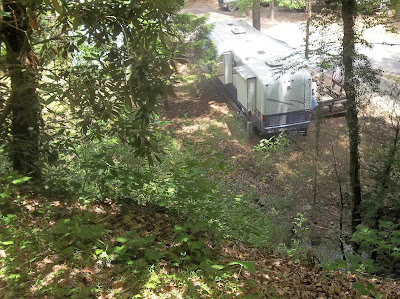 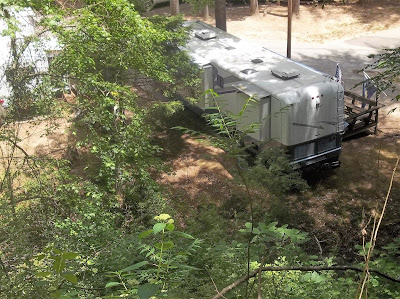 I always like this huge jutting rock with trees growing one it with only about a foot of soil: 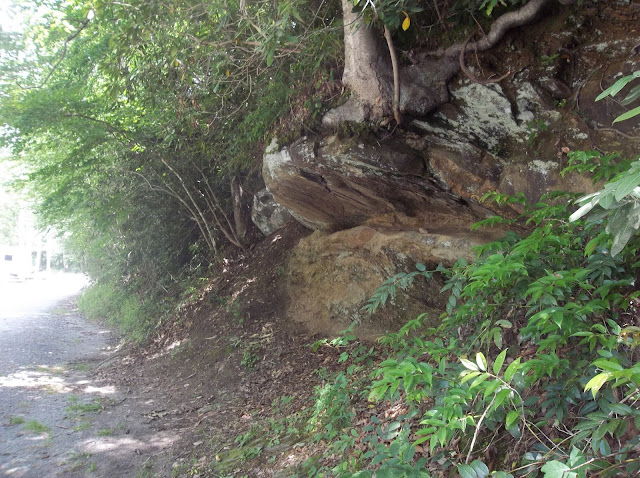 Nothing is more refreshing to see than a mountain brook of clear water since we are in a narrow valley we cross it a couple times on a walk: 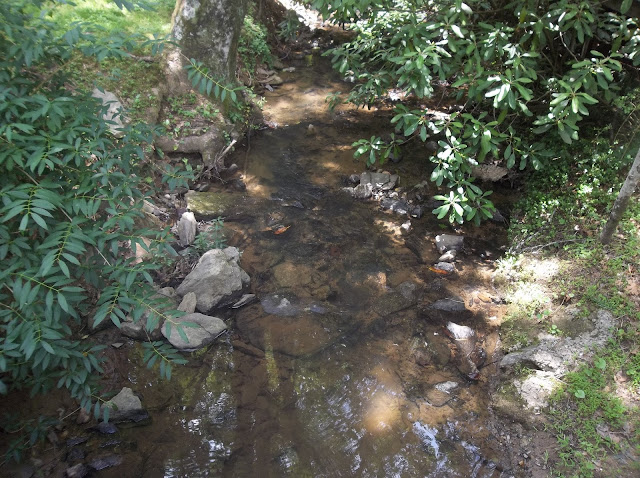 Sherry and I are having a great time, Life is good in the mountains. 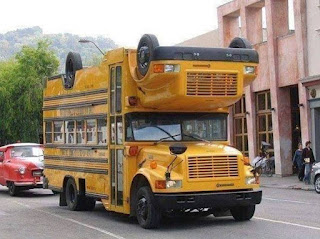 Ah, strange dudes, just received these from Don F. well most likely from Evelyn.  These are differenttttt. 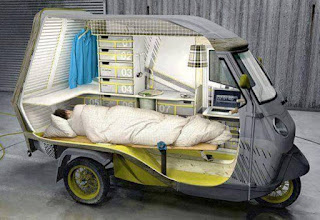 Your home site is so lovely and looks mighty refreshing!

I've been using a clothes' rack at the back part of our house for the better part of a year now. We don't get that fresh-air feel, but it sure beats asking the air conditioner to vie with the dryer.

So pretty where your home is for the present time! I can see why you and Sherry are doing it and life :)

That is a beautiful place. It is nice living where you can see the Mountains/
We could view the Mountains when we lived in Valdese.

Be carefull. I have just finished reading about how there have been a lot of reports of copper heads and rattlers on the trails lately. I bet the mountain weather has been nice. Its been warm here but with a slightly cool breeze in the afternoons.

I do remember all those old sayings. Haven't heard any of them for a while, but they used to be well used in days gone by. I did so enjoy your walk. So nice to be in the woods but I imagine it makes the waling a little harder. We used to camp up on a wooded hill and I hurt my knee walking that hill. So take good care ! Although the mountains are beautiful, I've learned I do much better on flat ground.

I do love the mt.s you're visiting. Cool to walk above your 'home.' Do tread lightly tho, uneven ground is tricky even for the folks as sure-footed as yourselves. I have been enjoying the matching rides and trailers you'd been sharing...wishing I owned a set. Now that upside-over bus is interesting and not much room in the other one for a sleep over. lol
Love n' hugs from up north. The pumpkin patch is finally all in...having planted 709 pumpkin seeds today, it's been a whole different kind of walk indeed. Bill also finished putting in his potatoes so we're both happy gardeners. Have a fantastic weekend on the Mt.