The golden shower and other things remembered 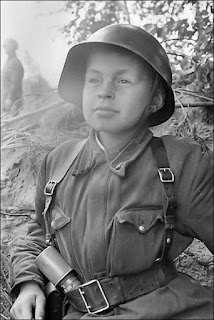 
There are wild things, some funny some crazy that have happened to Sherry and I over the years, many I have forgotten until something kicks in a memory.

While we were home Sherry brought her favorite coffee table back from Shirl’s basement. As we were moving it in and putting an octagon end table to the side I remembered a mover whom we paid in advance to move and store our furniture while I finished our duplex. He was actually stealing a lot of our furniture. One of the things stolen was the matching Octagon table to the one I was moving. Sherry hated to lose all the other stuff, but mourned the octagon table worst of all. Now that these two are back together they can mourn the loss of the other. LOL 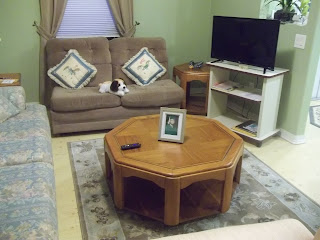 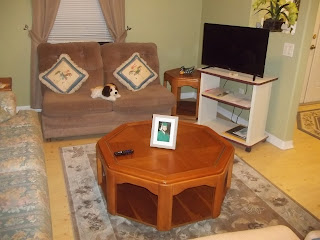 I know I have told this here before.. I had a guy working for me in Key West who was late for muster.  I got a call saying he would explain his emergency when he got to work.

When he arrived he explained he was changing the  their baby’s diaper and stuck the diaper pins in the mattress as always to prevent the baby from being stuck accidentally. It had been the first night on their new WATER BED!

I was thinking of that today and I remembered changing diapers on the bed. If you are old enough to remember cloth diapers and diaper pins, you have stuck the pins in the mattress as you changed the diaper.

Sherry was changing a Diaper and I was still in bed. That morning was my first introduction to a golden shower. You probably know this if you had a boy.  You learn very quickly he just might decide to pee again AFTER you remove the wet diaper. With his little peanut unprotected while she got another diaper, son Jack decided to produce a geyser, up up into the air and down in daddy’s ear!
Now food! LOL 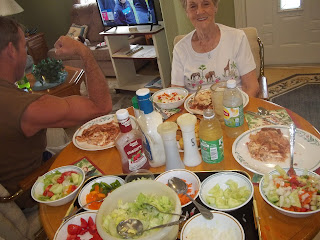 Hoping you guys had a great Christmas, we did. This is Sherry’s table, we had her famous lasagna she got from Joan Doughton in Key West. Sherry said we served it too soon, it was too hot and it spread out!  But as always it was delicious. Mark had to call his brother and send him a picture of the lasagna. 'If you be good I will bring you some!' (Of course Sherry sent some to NC. Mark headed to NC right after eating!) 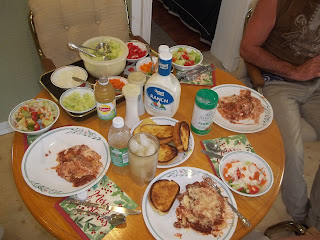 Ps: APHORISM : A SHORT,CLEVER POINTED SENTENCE
i.e.
Be careful about reading the fine print ...
there's no way you're going to like it. 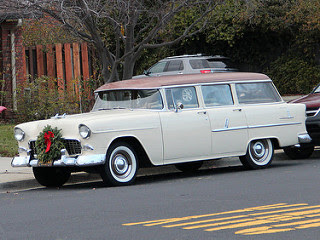 Hope your Christmas was a good one Jack. We did here but it was busy.
You're blog is not sending me emails when you post. This happened before but then it started sending them.
I'm guessing I've been a bad boy maybe? Who knows?
Anyhow have a happy New Year.
R

PS - One of my blog friends (Jon at Lone Wolf Concerto) movers 'lost' many irreplaceable personal effects, including years of his personal journals and musical scores belonging to his mother and grandmother. To this day, he's sick about it. Makes me nervous for sure!

Sherry's table looks delicious! It took my until the grandson was 7 months old to get a shower spray. I had been so careful before, but it finally caught up to me :)

I do remember my first golden shower and diaper pins. But I never had a water bed. I slept on one once and got sea sick. Ha ! That table does have some history and found a good home once again. I'm sure every one appreciated that good lasagna. I had some Christmas day with my sister and BIL. Glad you had a good Christmas!

What a cute story about the "golden shower"! Once while overnighting to help a sister with a very young baby who had colic, I laid him on my tummy to settle him down. Within a short time he symptoms eased, my nightie was saturated with a liquid stool ~ those dang cloth diapers!!!
On another note, Christmas Dinner sounds awesome!

Table looks good and the food also. I have changed some diapers but not as many as you guys. My Children came older...Glad I got to comment last time I tried my computer would not pull the Shipslog up. Maybe my computer is working better.

Never had an experience with a baby boy. Maybe that warm pee in your ear would have been good if you had an ear ache.