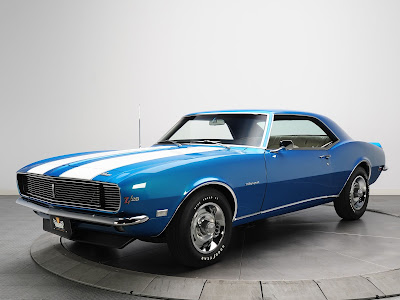 Elon Musk settles for $20 million with SEC..
AND…..
Martin Sheen fighting IRS over $5.7 million.
The amounts in the above headlines make me smile.  I am a happy dude.  I can remember my first W-2 form. for the year 1956, my year's income  was $950 and I was turning married turning 18. That was my total income for the year. Many people make more than that a week now.

In comparison about 63 years later, we are facing a bill on our motor home engine 18 times larger than my first year’s wages.  Inflation is something. In 1956 a Coke or Pepsi was a nickel. Using that nickel Pepsi as an example, if I were to buy a Pepsi from a machine, it would be at least 20 times more than in 1956. If you bought beer it was 30 cents a bottle.  I never tasted a pizza until I was 16, a 12” cheese pizza was $1.25, drinks were 15 cents with a tip of a nickel or a dime.
Tell me life ain’t good.  I can’t compare with Musk or Sheen, but compared to where we started, God has blessed us beyond measure.  Of course the repair bill will hurt, but we can pay it. It will be no fun, but in the past few months I have seen much worse in life situations. I have cried at deaths, sympathized with a friend who lost his foot and prayed for friends in the hospital. One friend spent over 3 months in the hospital. There are many more, but compared to those things “WE AIN’T GO NO PROBLEMS.”
Sherry and I have always lived frugally. We were taught to save, not spend. It has worked for us; it does not work for everyone. I have friends here and on the net that no longer get to hold the love of their life, I can still do that. So truly if we had to borrow the money or lose the coach, our problems pale when compared to losing my life’s love.
Nite Shipslog
Posted by jack69 at 8:00 PM

You are blessed. We are like you two. We dont but anything we cant pay cash for unless its a house or car. But when something big breaks like a washing machine or refrigerator, we have the funds. We put back.....(Well, Nick puts back)for days like that. I know people that have big homes, expensive cars and everything they want but could not come up with a hundred dollars if they had too.
We don’t have much as far as “things” but I tell Nick all the time that we are richer than anyone with the love we have.

You and Sherry are truly blessed because you figured out the "secret" to life. Money doesn't buy happiness. Love does. And you both have capitalized on that and have had a great life together!

Truly money is not everything. You two have got what counts -- each other ! I am not rich and never was but considered myself quite wealthy when it comes to having what matters. My faith, My family and friends !

Like you two and your readers, we also feel wealthy in what we do have. It's everything to have faith, family, friends and our health. It's the best kind of wealth out there. Sure we all have aches and pains just getting older, but we have dearly been blessed. However, I love that Camero. Our son-in-law has one that very color sitting in his garage awaiting an engine. It's a beaut!
love n' hugs from up north where we are getting rained on ... again.
Have a wonderful week holding your girl.

Such great examples … perspective is everything! (Well, no. Actually, it's HEALTH, but that's another story for another day.)
I've no idea what my first W-2 read, nor what I paid for a first home.
But (*smiling*) there's a pencil receipt in the cedar chest showing my dad paid St. Barnabus Hospital $70.15 for a one-week stay when I was born. Then, my mom's travel diary containing a souvenir menu (Roast pig $2.25; Shrimp $2.75) … even a receipt from the Hotel New Yorker where daddy paid a whopping $15.50/night. Unbelievable!