A decision that could change ,or end, your life…… 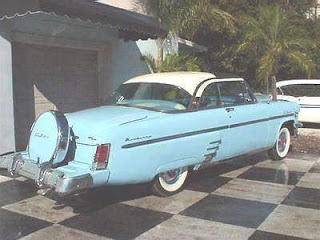 Now today:
On our walk I spotted something strange, a tree squirrel that is now a ‘ground squirrel’ after his encounter with a car. To the squirrel’s credit he was adapting. Twice I saw him trying to camouflage himself in the grass, and once saw him crawl into a hole under the sidewalk. I am not sure he dug the hole or not.

If you live in a area where squirrels abound you have had one dart in front of your car. Or start to dart and reverse on second’s decision.

A decision to run or not, OR buy or not. Everyone faces it.

Once son Mark called me to meet him at a church that was for sale on Central. I did. The Agent was showing us through. Mark was telling me how he was going to make his daughter a play house in the ‘Bell tower’ (remember those?). as we did the walk thru he was describing how he was gonna remodel for a 4 Bedroom 3 bath house. It was an older Frame building on a corner lot. I was getting excited with Mark.

He called a day later and said, he had reconsidered. He was going to think more of a modern home. His decision was logic.

The next morning I drove past that property going to McDonalds to pick up a coffee. I took note of the church and a sign on the door, ‘Wet Paint’. My first thoughts were some group has bought it to open a new church.

To my shock, the most I have ever been shocked, I drove back by the property ten minutes later and the entire church was GONE, all that was left was a pile of lumber. Dust was still rising. I braked with other cars and trucks. The structure had collapsed under its own weight. It was like someone had intentionally ‘imploded it with explosives’, it was flat on the ground. My ‘skin crawled’ is the only way I can explain it. Just a few days before I was walking thru that building thinking my son and his family planned to live there. I would have probably been helping him. OUCH.

I thought how lucky that squirrel was to still be alive since so many of his kin were buzzard bait.

That lot is still empty. No one has built there and that was 32 years ago. I still get the ‘heebeejeebees’ as I drive by and think of that collapsed building. I have never before nor since seen anything like that. BTW, no one was hurt.

So glad your son changed his mind and that no one was hurt. What a shock that must have been. There are a lot os squirrels in my neighborhood, but some have lost their homes. They've removed lots of big old trees here and it makes me wonder where they went.

Wow what a neat story. Im glad his instinct told him not to go forward, but make a reverse turn like a squirrel.
We have so many of those critters here.

I'm getting the heebie-jeebies just reading about your near-miss! Did they ever figure the how's and why's?

We've so many squirrels at and around our place. They're a riot! Still, I'm always saddened when I see one who didn't make it. One of these days I may very wind up in a ditch, swerving to avoid one. Dumb, but that's the way I roll.

What an interesting story there - and I think God had a hand in it and took care of you guys!

That church situation was a close call for sure; glad y'all were spared a disaster. I agree, God had his eye on you.

Wow! That was an amazing story about the church! I too am curious if anyone ever figured out why it imploded like that! It would have been an interesting place for a house though! We killed a squirrel on our recent trip;. It darted out and we couldn't avoid hitting it. Hate when that happens.

We have tons of squirrels around here and even have different breeds..we have brown ones, gray ones, and black ones. We call them "street lickers". Why? Because most of the time they are in the street actually licking the road. Probably because of the salt from the winter months. That's my guess anyway. It's not a very healthy habit since cars don't stop for them. I never saw a squirrel on our property until about a week after our cat died. They're not so dumb after all!

That story made the What a blessing hair on my neck stand up!what a blessing for your son and his phamily. But I enjoyed the way you used the squirrel in this story. Have a great weekend.