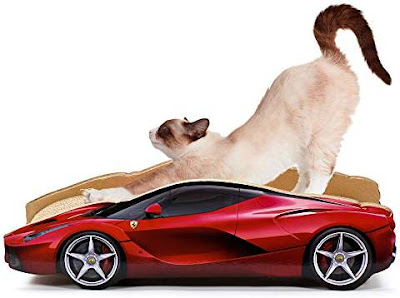 Now…
Okay, I tried. I did my best to get her used to a box with a towel in it. NADA. I even built  her a DRY condo I called the maternity condo under the back deck. A place she once took her kitties after she let us see them, and before they disappeared. That was her first litter.

The last litter we never saw, something got them within a week. She was depressed for a few days starring toward the place she chose to birth them. I never actually found the place the rascal lost me. She was good at misdirection.

Yesterday she was making the most terrible noise. Sherry and I tried to comfort her but to no avail. She moved away from me and lay down, got quiet, and I saw moisture behind her. She stood up and turned to smell and taste it. I figure ‘her water broke’. Immediately she left ‘without a how do you do!’ She went between two houses across the street and looked as if she turned behind a house that has an old storage building behind it.

She left FAT and came back to find me in the basement today slim. She would not eat. I even got her some fresh milk, which she never turns down, but she did. Sherry and I both petted her and told her how proud we were of her and wanted her kitties here and we would keep them safe.

But she left in just a few minutes and in the general direction as yesterday, but a completely different route. Ferals are cagey and slick.

So I guess we are grandparents again. I do hope we get to see the brood this time. She would not tell man how many she had this time. I guess I must wait. I am NOT a cat person, but kittens are cute to watch.

I say I am not a cat person and Sherry says, “Stormy has you wrapped around her paw!”
Later….
Nite Shipslog

PS: I have gotten attached to the 'Wild Thang!

Oh my, it hardly seems she had time for another litter. It's too bad she is so wild and has you wrapped around her paw. Would that she'd find out just how good she could have it, if she decided to make her home permanently there with you. I can only hope it's not a repeat of the last time she had kittens. Meanwhile, you do what you can for her. It's a rainy day in Ohio, again...

I like cats, but, alas, cat allergies. A fun post, and thinks so much for stopping by my blog!!

Wow, didn't she just have a litter? I hope you put on your good detective skills and figure out where they are this time. I guess she can't help it that she is so good looking she is attracting all the toms around there.

Good detective skills … right?! Perhaps Stella and her posse could help solve this case? That sounds like something I'd have enjoyed way back when.

She is a wild feral cat - and I hope you get to see the grands too!

Maybe just maybe she will move them to your place. I love little kittens. But they turn into CATS! Just how long ago did she have her last litter? The Toms must think shes hot to trot.

We always had barn cats to keep the mouse population in check. I'm sure Stormy does the same for you. In that way, she's a darn good cat, but, poor girl barely had time to recover from the last litter. Maybe she'll bring the kittens around this time to be mousers. Love your love of them.
love n' hugs from up north where we spent the afternoon at the farm celebrating Mama's 90th birthday and also her 88 yr. old sister. What a great day of laughter!