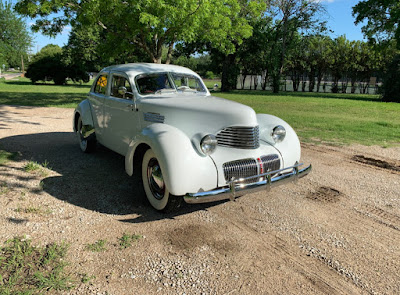 Strange events like that do happen all the time...life is like that for sure. It's extra nice when they turn out to be happy occasions. The good times do help us get through the rough times.

Wow those were all good to read! I think the strangest event that I can remember offhand is my son was going to visit my brother and his family when he was 15 years old from Montana to San Diego. He was going to fly by himself but we figured at 15 he could do it. Found out that my brother was flying in from some work thing he was going to and they were going to be on the same flight from Salt Lake City to San Diego. They were even in the same row of seats!

While visiting my son in Texas Christmas my daughter in law and I were grocery shopping and a guy came up to me and said I just wanted to tell you, you look just like my aunt she passed away two weeks ago, you look just like her. Maybe we all have a twin somewhere.(Smile) Take care, Jean.

These are great examples, Jack. Cracked me up about your encounter with the identical twins!
I've no strange 'human' encounters/coincidences .. but the 'strangest thing'? One Sunday evening in the late 90's my mother and I returned to my Tarpon Springs townhouse to find an official notice/door hanger: The police had responded to not one, but TWO, 9-1-1- calls coming from my residence in the wee hours. (Insert goosebumps.) This was still in the age of land-line phones. When I entered, there was nothing amiss - so I called the P.D. and was transferred to a supervisor in the 9-1-1 call center. I had to assure them no-one else had a key and I had been 100 miles away. Nothing as ever discovered, but all these years later I'm troubled/curious about a couple things: If, as they suggested, two phone numbers became switched, what happened to the REAL caller? Also, why on earth didn't the police force the door or a window to see if someone wasn't inside unconscious.

Just recently while grocery shopping, I nearly hugged a lady from behind. She looked exactly like my cousin. When meeting her, she even sounded like her, voice, laugh. It was eerie. I was told that I have an identical twin in the neighboring city. I never met her. The weird thing, my real twin and I only share identical receding hairlines. LOL. We are celebrating our 69th today.
I've also bumped into another lady who resembled my deceased sister. She too, spoke and laughed the same. Coincidence? or angels? I say angels.
love n' hugs from up north enjoying your daily blog and the summers hot days and cooler but still sultry nights. I watched a doe as she lay next to the long grasses at the edge of the lawn for over 2 hrs. AWESOME

4 decades or so in the past, I was grocery shopping. Ahead of me was a man who could have been my brother Robert. He walked the same way, same dark haircut, same glasses...back then I wasn't as bold as I am now. It was a happy moment.

nice article.
thanks for sharing