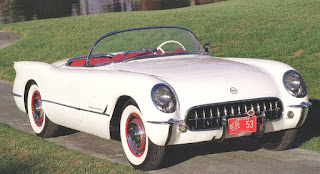 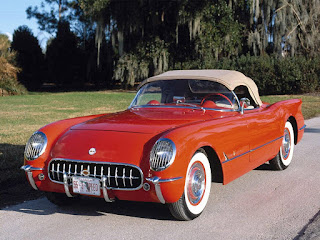 In the early 1900's people from all over migrated to this area from farms to the cotton mills, But in the early 1950's there was another migration....

In the 50’s my friends either joined the military or departed for Detroit to build cars. My BIL Johnny went to Detroit and stayed, he lives in Yipsi. I joined the military and basically stayed.
We smiled at the Volkswagen, a foreign car. Detroit would ALWAYS BE KING of the Auto industry. We kids enjoyed seeing the NEW cars and their designs.


That has changed: Car history:
Taken from American heritage

Almost all the cars on the road in 1954 were, in their entirety, American-made by the Big Three auto companies, plus American Motors. What foreign automobiles there were, were mostly in niche markets, such as sports cars.
Today that is but a distant memory. American Motors is long gone, and the Big Three have only a little over half the American automobile market, about what GM had all by itself 50 years ago. The number one best-selling car in this country is not a Ford or Chevrolet; it’s the Japanese Toyota Camry. But many of the “foreign” cars on the roads today are in fact manufactured in the United States, and many of them are subsequently exported to other countries.
Automobile companies no longer have nationalities, except perhaps in terms of the locations of their corporate headquarters and greatest concentration of stockholders. Ford now owns Sweden’s Volvo and Britain’s Land Rover; GM owns Saab; Chrysler is part of the German Daimler. Every major automobile company manufactures parts or assembles vehicles in many countries. General Motors, with 15 percent of the global vehicle market, manufactures in 32 countries and sells in 192. The other great auto companies are equally dispersed.
To quote Ole’ Rick, Life Changes. Stop at a traffic light now, I am in a Honda and see mostly foreign named cars all around me.
Nite Shipslog
PS: The Oxymoron for today:

How come abbreviated is such a long word?
Posted by jack69 at 10:07 AM

I had family members who worked at auto making plants in the Ohio/Pennsylvania area but those are closed now. "Foreign" cars seem to have taken over. All of us in my family drive cars not made here in the United States, LOL. Hubby was deeply disappointed when Chevy stopped making the HHR model as he really liked it for so many different ways.

My dad was a Ford man through and through … until, in his later years, he discovered Hyundai. And go figure, they have a giant manufacturing plant here, just down the road. ANYway, Tom and I both drive Toyotas - a Tacoma and Camry. With almost 270,000 miles on her Camry, our DIL had to bite the bullet last week and get a 2020. Mine is pushing 240,000 miles but I'm going to hang onto her as long as possible.

PS - My DREAM CAR has always been a Mercedes -- because I believe they're the best-engineered -- but I'd rather eat and drink clean water than make those kind of payments!

We're thinking of getting a new car soon. Not sure what to go for. My son loves his Nissan..we've usually bought Chevy but I now have a Chrysler T&C mini van and Jack has a Jeep and that may be the one to go. I drove my Impala for 16yrs and loved it but it started costing me more than it was worth. So who knows what will find it's way to the Pines...to be continued!

My SIL works for Ford so many in our family own Fords. Foreign cars are never to be mmtioned. Made in the USA is our motto. Even though some of them are made in other places. We try to be loyal to him and besides he gets a family discount.

Thanks fo the shout out Jack. Those early Corvettes and Thunderbirds were and still are stunning.