Autos of beauty?  This one has "real a peel" 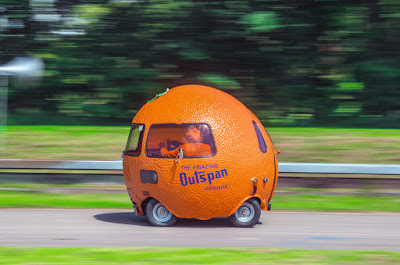 For today:
Times like this evening I can’t put two thoughts together that makes sense.
BUT I did learn something today from one of the intellects in our family, Joshua.
Josh was over to bring a play pen for Kennedy to use over the weekend to keep Stephen and Jennifer from one less thing to pack for their three day stay here.
Have you heard, or paid attention to the BIG problem on the internet called “Ransomware?” of course I have read the term but did not pay much attention to it. Anyway I asked Josh how it was going at work.  His company was attacked by ‘Ransomware!’  If I understand it, in simple terms, The hackers get into your website and lock all your files, encrypt them so you cannot get into them. 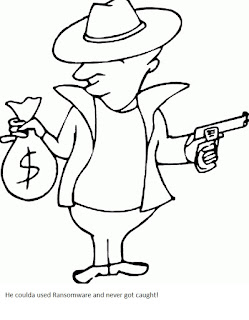 The ransom to get their files released was $10k or $20K I forget which. He said they came into work one day as usual and the only thing on the computer screens was, “To ransom your files send the following amount in ‘bitcoin’ to a coded site.zxczxxcsdss .” They refused and rebuilt their files. He said in reality it took them more than $20,000 in labor to fix the problem.
Son Jack just told me the City of Charlotte was held up by Ransomware. Courts could not convene and city business requiring computers was shut down until they paid.
I now know a little more about the internet than I did. The sad thing is that so far no one has been able to track these hackers down. They have stolen millions that are known and probably ten times that due to companies not wanting their customers/clients to know their system was vulnerable.
SO A HINT, NEVER OPEN SOMETHING YOU KNOW NOTHING ABOUT. REMEMBER, THAT PRINCE IN KENYA AIN’T GONNA GIVE YOU A MILLION DOLLARS TO USE YOUR BANK ACCOUNT!  lol
Nite Shipslog
Posted by jack69 at 10:45 PM

It’s getting bad. A lot goes on that we do not hear about. So far we good here. My daughter works in an important business in Charlotte and so far no hacks there either. It’s just a matter of time.
As long as no on hacks your blog we will be just fine!

I've seen a lot about that in the news. It's true, unless you pay the bucks, you can't get your files back. Sad that someone so smart used something like that for only ill will. You'd think if they were that smart they could do something better with their knowledge, but I suppose it all comes down to money.

Sad, but it IS all about the ' buck! ' Also sad that the intruders aren't smart enough to put their knowledge to better use, like MA says. The day is coming when the satellites all fail at the same time. Then watch the world scramble for the last of the food, water, moneys they can still find to survive. Ha, a lot of good it'll do trying to collect our money....every bank, financial institution, grocery store, etc. will be locked down. Time to pray hard.
loven'hugs from up north where the rain just doesn't want to stop. The cabin creek is overflowing, pretty but overflowing.

Two years ago a major medical transcription company got hacked. Not mine that I work with but our competitor. Lost so much money as a result and they are barely staying in business 2 years later. Lots of companies aren't paying and trying to fix it themselves. Probably only way to get them to stop. We are constantly told at work not to open any strange links.

Well maybe I've been living under a rock....this stuns me. How sad that we can no longer blindly trust our fellow man/woman. Pretty wonderful, y'all have your very own 'tech support'!

There were hospitals in Alabama that were hacked this past week. They had to transfer all patients except the most critical to other hospitals.
This sounds like homeland security needs to get involved and make this stop,