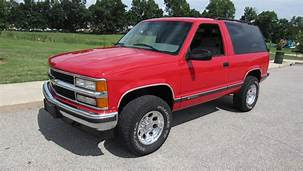 That ’55 transmission has sure caused me some memories. The transmission may be no good in itself, but the case looks good. LOL

Most of us thought the automatic transmission was a passing fancy, and too expensive for the working stiff. The early automatics were complicated for the average mechanic and very expensive to get repaired.

Even the government thought everyone needed to know how to drive a ‘stick shift’, so in our state it was near the 1960s before you were allowed to take the driving test in a car with an automatic transmission.

If you learned in a straight drive do you remember the fear of stopping at a traffic light on a hill? Trying to use your heel on the brake and toe of your shoe on the accelerator? Then easing the clutch out and not ‘kill the engine.’  Looking back I don’t know why I didn’t use the ‘emergency brake’, LOL. I always had a fear of rolling back into the car behind me.

The Chevy had a vacuum shift so it was hard to drag race. Speed shifting was impossible in the Chevy, unlike the Ford that could be speed-shifted at lightning speeds.

The three speed and new drivers created a lot of noise ‘Scraping gears’.

Why do we drive on a parkway and park on a driveway?
That was my last oxymoron…. Next, Imma thinking about notes left in a milk jar…

My first car was a stick shift. I thought that was all there was. Haha. Yes I remember stopping on hills and would find routs to take that were level. I did use the emergency break a couple times.
I took my license tests twice in moms automatic and failed. Daddy took me home and we got the 4speed and tried again. I passed.
I would love to drive a stick again. pop the clutch and go Fast.

Like you I had the fear of coasting in to the front of the car in back of me. I learned how to shift gears, but took my driving test in an automatic. I'd say it is now here to stay. I don't know of anyone that doesn't have it these days.

I did take my driver's test in a stick shift, LOL, and scored 93 points on it out of 100. Thankfully it didn't involve any hills! I wonder if driving a stick shift is like riding a bike. You might not do it for years, but you always remember how to do it. No one I know has a stick shift though, but it would be fun to try to drive one again, but not during rush hour traffic and not on hills :)

I taught my Daughter to drive on my VW Van, 5 speed, she did pretty good and at 52 years old she never forgot how to drive Stick shift ! The son somehow learned on his own, I think while I was at work he "Borrowed" my little ford pickup to learn on, LoL ! Well, it is windy and storm rolling in ! You 2 enjoy yourselves down there !! sending love and regards, Gary & Anna Mae

I was actually taught to drive (Drivers Ed) in an automatic transmission. Nevertheless, my all-time favorite car (Fiat X-19) was a stick shift. How well I remember trying not to roll back (or forward) while stopped on a hillside. 'Not so sure I could still do that!

I never learned how to drive a stick shift. When we got married Jack had a stick shift and was going to teach me how to drive it. I got in and turned the key...he said: "Forget it, you'll ruin the car"...end of lesson. We sold the car a few years later!