Stormy’s pinup and the Milkman

Today:
I received a note from my good friend Buddy. Buddy appears in many of my books. His personality in the books is pretty much real. I received the following picture from him to give to Stormy.  I may make a copy and hang it in the ex-maternity ward. 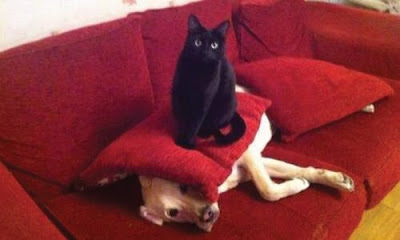 Now the milkman, an old story.  Buddy’s wife Dianne (She is not the Princess, but just as pretty!) was born and raised in England. She probably isn’t old enough to remember milk and egg deliveries.  But many jokes have been thrown at the milk man. But lately I read something I thought might bring you guys a smile.
If you are familiar with that time in history when the milk and eggs were delivered as diligently as the mail, then you know that most communications with the milkman was by notes. They were left in the clean empty milk bottles that were being returned.  My mama used that means to pay the milk bill and also tell the milk man when we would be out of town.
I think in terms of the USA, but I ran across a list of notes left in milk bottles in England.  I hope to post one at the end of the next few blog entries. I hope you enjoy them as much as I did.

**My daughter says she wants a milkshake. Do you do it before you deliver or do I have to shake the bottle?
Posted by jack69 at 10:25 AM

I do remember the days of the milkman. We had a paper check lists to mark with what we wanted. Not many notes were written by me. But it was so great especially with my large family having that delivery coming to my door. I do miss it and would love to have that service yet today.

I not only remember "Milkmen" but went with my older Brother Jim who had a rural Milk Route, we left Edwards Milk Plant at 6am, I would run fronm the truck and pick up the metal 4 quart bottle holder and my brother would walk up the fresh 4 quarts, maybe a quart of crème. Not a job I wanted and my brother gave it up after a couple years! Still raining on day 2 and 52 degrees, Sending down our warmest regards and love, Gary & Anna Mae

How cute you'll be including samples of milk men's notes! That was a great one you shared today! I do remember getting milk from the milkman when I was growing up. I remember opening the front door and there was the delivery! Nowadays they've gone back to it LOL with the various stores that make open deliveries. Who knew!

I don't remember the milkman. The more and more we get technology the less people have jobs. I want to know when it comes that we don't have to do anything - but where will we get our money if we don't have jobs. I got off on a tangent - sorry.

What a precious photo!
I vaguely remember my parent's milk deliveries. Such a struggle to get me to drink milk! Finally, they convinced me the product in the dark brown bottles was sweeter than the clear glass. (LOL)

Yep. We had a milkman, We also had a coffee man that sold our family coffee, hard candy, and other things. And of course, the peddler that brough fresh produce right to the road in front of our house two days a week.

I was born after all the good stuff like milk delivery. However, I was able to witness Charlie Chip deliveries.