For today:
The mighty Stella at bat: 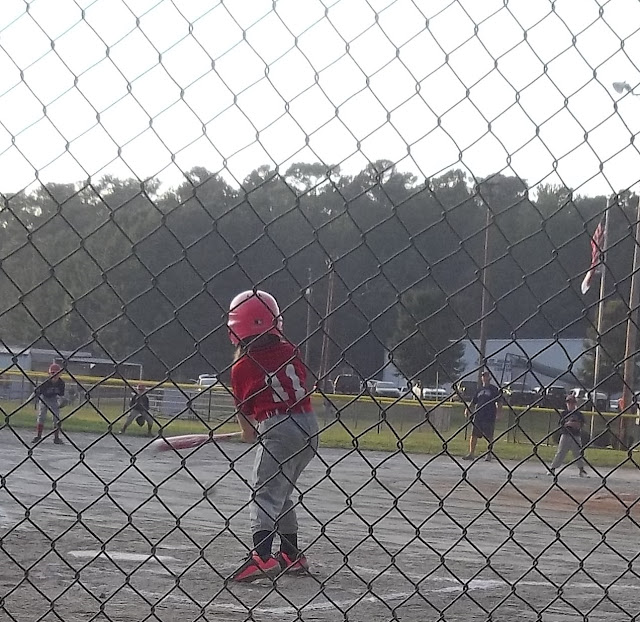 (This is just before the hit below!)
When we were in this area we attended the grand kid’s sports games, soccer, football and baseball. Now we are in the area and Great Grand Stella is playing baseball. I have mentioned she is the only girl on the team.  She is pretty danged good.  She is playing first base.  It is fun watching kids learn.
To be honest to this old man it doesn’t seem as much fun as when we as kids played baseball on empty lots. At times 5 boys on each team and up to 10-12 played at other times. It was just for fun and many times the baseball did not have cover left on it. We were lucky to have a bat.
Now kids have uniforms, personal bats, batting gloves, a baseball glove and their own batting helmet. Sporting goods manufacturers must love this.  The equipment can be very expensive. 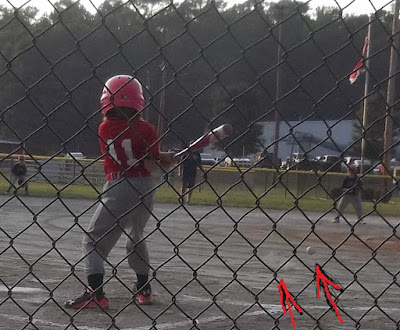 (I am not much of a photographer, I point and shoot. I actually caught one of Stella's singles, the one arrow shows the bounce the second arrow is the ball!)
Now what brought this on was Thurs. Night’s game. Stella struck out once and got two hits. She rounded the bases for one run. She missed a couple throws at first base, but they were way out of her reach. She caught more than she missed.
The last half or the last inning, with the other team having men on base and two outs she caught a line drive to end the game. We and Sherece (her mama) were on the side lines cheering and clapping along with MANY others.
The team was cheering her also. At the end of all games to improve sportsmanship, each team lines up and passes each other with hand slaps and congratulations. They then run off with their coach for a quick talk. Then to the dugout to get gloves etc.  Then the most amazing thing happened. We saw the other team walking over to our dugout calling Stella’s name. They all shook her hand and presented her with THEIR game ball. She is on top of the world. 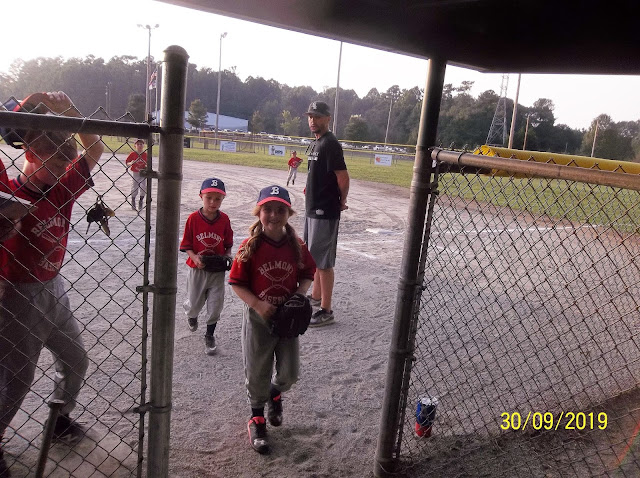 (One happy Ball player)
Grandpa Mark was working late and missed the game. He is pretty good at baseball and used to coach. He had spent the evening before giving her some practice and advice.
We are proud of that little girl and she is floating tonight.
Nite Shipslog
Posted by jack69 at 10:57 PM

What a cute little ball player you got there. I remember all the neighborhood kids getting together in a field and playing kick ball. The boys would also meet and play football. Times were fun back then.

WHAT a finale! I'm not so much a fan of baseball ... but you've gone and made me a fan of Stella!

That young'un is a rockstar...Ok, a baseball star.