Cousin Ken and some Family History 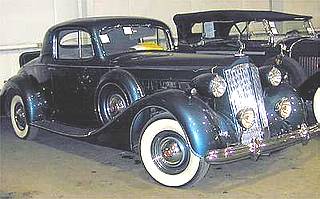 Now,
It is amazing how wide a Family Tree spreads. In our extended families we have buried Fulbrights, Harbinsons, Herrons, O’Shields, Eanes, Lloyds, Cobbs, Wrapes, Harris, Davidsons, Deaton, Helms, Harrelsons, Jones, Hawes and Darnells. Funerals are strange; they are sad and also enjoyable. I can remember the old time wakes when the casket with the deceased was brought home and people stayed up with them that last night.

I have been in funeral processions from NC to Georgia and SC to NC. I watched from a car window amazed as men stood on the streets and removed their hats as we passed thru the small towns.

There was food galore. New kin kids got to know one another. The adults caught up on their lives now scattered thru several states. Kids played until we crashed somewhere. On the summer-nights we slept on palets, porches, chairs, porch swings, couches, several across a bed, in cars or with neighboring kin.

Somehow the next day we all were dressed, ready for the funeral. The part most sad was afterwards, families said good bye, knowing that the next time they met would probably be at a funeral. Back then we did not have ‘reunions’ we used funerals.

It is so sad when you hear, “Your cousin has been sent home. We are going to keep them as comfortable at possible; the Doctors have done all they can do. We continue to pray and HOPE for the best.”

I just heard this about Ken, it hurts. Ken, Billy F., Bobby, Jackie and Henry were the ‘boy cousins’ closest to my age and that I knew the best. 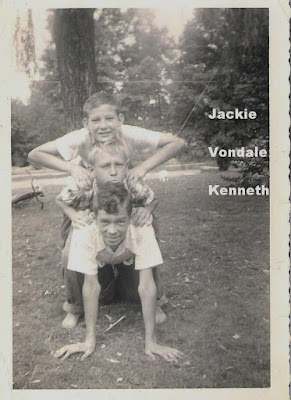 Many summers I spent time with Ken (His home and ours).  Uncle Doyle was a preacher, Aunt Julia, and mama were sisters. In our family it seems that in a marriage, the men migrate to the wife’s side of the family. Most of that time with Ken was on the Art Cloth Mill village and some in Hartwell, Georgia. Art Cloth was the most fun because Uncle Doyle lived beside Uncle Fred Fulbright. So I got to play with Ken and Billy.

As a graduate with honors from Georgia Tech, Ken spent a lot of time in the Middle East in the Textile industry there. He was an innovator who built and managed a couple companies in Georgia. When Ken and Rachel would return to NC on visits Ken always took time to drop by for a chat. It was always fun to hear Shirley and Ken ‘go at it.’

Ken was also a writer. His book, Amos, is very good. At the last he published his own books. Some were ‘mini-books’, the KHV (KenHerronVersions), they are insightful.

All ‘em Herron boys: Billy, Jimmy, Ken and Eddie, they are fighters, love ‘em all.

rt is sad to think tht the last time. I saw some of my relatives was at funeral. you ew right in saying thery are family occasions where we all catch up and hope that the next time we meet isn't art a funeral. But it is a fact that that is where we'll be seeing them next . Dear of alive, but hopefully alive. We should make it a point to see others when they are still alive. When we can actually hug them and talk to them.

Sad, but true about family 'reunions' taking place at funeral parlors. You've painted another poignant picture of days gone by. While I don't recall caskets actually being taken into homes, I do recall funerals being ritualistic … and a bit fearful. Like what Sean's written about, I hope my own is more on the lines of a backyard BBQ with plenty of laughter.

PS - Prayers being lifted for Ken. Like something my son told Tom during his fight, "Lock and load!"

Sorry to hear about Ken; always hard to lose our loved family members! It is true too that most large families don't keep in touch except for funerals. I had a cousin pass just a few weeks ago. My sister is close in the area where he lived so she represented our family there. It was a good time for her to catch up with what everyone was doing and catch them up on what we have been doing.

If I meet a funeral procession I always pull to the side of the road and wait until it passes.
I learned that courtesy from my father and grandfather.

So sorry about Ken's declining health, I've so enjoyed the many comments about him and all of your family. Prayers for him, love and big hugs to you, Sherry and your family throughout this time.

I remember those old family reunion funerals. We had so many of them when I was a kid. I was one of the 'last cousins' as my dad was 53 when I was born and his first child...a brother came along 4 years later. I have one older cousin left (she was the oldest of the cousins and all her siblings long gone). She is 87 this summer and sharp as a tack.
Praying for your friend...life is a bittersweet journey. Hugs- Diana

We try to have a family reunion twice a year on my moms side but rarely does everyone show up (including me). I see most of my cousins at the beach as we camp the same areas and also see my other cousins often around town. Lucky for us, my whole family (on all sides) live here in north carolina with the exception of my brother in law that lives at the beach and we see him more than the others.
As far a my aunts and uncles, I have 3 uncles and one aunt. But they gave me lots of cousins.
Sad that it takes a funeral to pull everyone together under one roof.

My prayers for your cousin, Ken as well as yourself and Sherry as you recall many great times with and about him. Funerals are not only like family reunions but also celebrations of our lost ones lives. Hang onto the good times. You obviously had many with Ken. My prayers for his restful last days.
love n' many hugs from up north where Bill and I each have one aunt still living and Mama. All are still living life to their fullest. We're so blessed beyond words.

ken sounded like quite a character. i am sorry to hear he has passed.