So I thought, ‘NOT another street problem!!’ 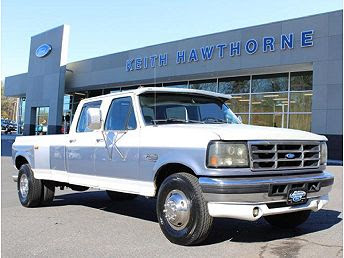 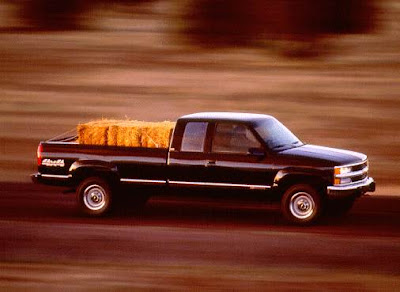 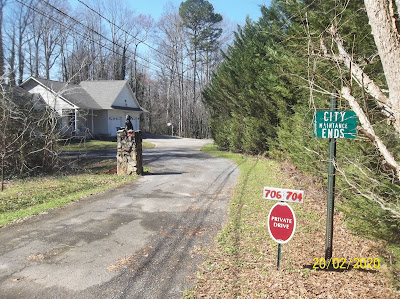 Our street wasn’t always a dead end. Many years ago it was a U shape off another street, called North Avenue.  And then the city decided they did not want a connection at the bottom of the U.  Our side was re-named Ann St. in honor of a resident’s wife. North Ave became North Street.

Then I came along, I bought a couple acres on either side of this dead end Ann St. including the last 300 ft of Ann and the bottom of that U. Everything went well for a few years, I built 5 houses here Including two big condos for us and my older sister. We decided to rent/lease our side and hit the road. All was still well. At her husbands death My other Sister, Shirley, wanted to lease our ‘Condo’, which was good. One year we returned and the city had barricaded one of our driveways leaving our mail box outside. After a big hassle and me threatening a law suit they took the barrier down and I installed my gate.

All was well again for 10-12 years. On our arrival home this year my neighbor informs me that the mail man told him ‘I will no longer deliver your damned mail (also our mail) if the gate was closed.’  The mail box is outside the gate. He is a new mailman and they have been turning around in our drive with my permission. A couple years ago I started leaving the gat open and I told the mailman they were welcome to turn around in our drive to save his backing up the dead end street. The mail has been delivered for 25 years to that box, 90% of the time the gate has been locked. 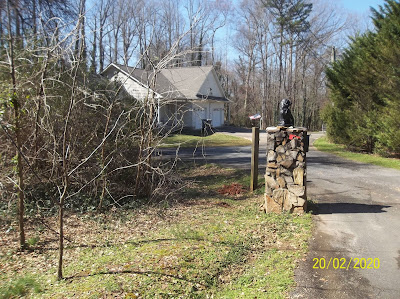 A statue of ACE, my first dog, guards our drive and rock mailbox. The post behind is where the gate in question WAS. The gate now rests at the other driveway. It is barely visible at the other end.
After the neighbor/postman confrontation neighbor called the Postmaster. Postmaster's answer was, 'no problem as long as the gate is open.' The post office has strict rules about backing up due to accidents. BUT the vehicle will be backed up no matter where it turns around; this is not a cul de sac.

Of course I got upset and made plans to talk to the city council and air my history and complaints. BUT with my stomach problem I didn’t need another hassle so I decided to move the gate to the other driveway.

Nite Shipslog
PS: We smile when we call this big duplex a condo (which it legally is), We and Sister Kat lived in it for years as a duplex. But Sister Shirley, who had more class, would not live in a duplex, but a condo was fine. LOL may she RIP, loved that girl!
Posted by jack69 at 9:47 AM

Good grief. When did mail carriers suddenly become 'entitled'?
Good for you, electing to take the high road. Choose your battles. BTW, I'm loving that rock mailbox with old Ace atop.

We had a house in the village, Mail box HAD to be put across the road, so had to cross road to snow blow out a path for mailman to pull up to mailbox, he delivered our mail, went down street, turned around and drove back up past our house again ! "Crazy" rules ! I have had over a dozen Colonoscopies, found some Polyps they removed, always went home a few hours after I had them or sometimes they kept me over night couple times, got any pictures of the "Condo" ? How is that Beautiful Bride of yours doing with the healing on her leg ?
Not much here, watching Snow melt !!!!! Take care, Love from the North, Gary & Anna Mae

That is so asinine - I had a little altercation this am at church - but when I looked at it - I guess in the whole scheme of things - it wasn't really that important - but yours went on a lot longer - but I think you did the right thing. Less stress.

I think you were wise to choose not to fight this battle and get everyone's mail delivered :)

Betty is right. Some battles must be waged, others no so much.

I’m sittin here thinking, “can he legally do that?” I mean, If your mail box is outside the closed gate then its his duty to deliver your mail. It’s his problem to figure out how to do it. I mail man parks at the top of our dead end road and walks to each mail box.

sounds like that mail carrier is a pain in the rear giving you all such a difficult time. i hope it resolves itself. you don't need that kind of stress when you're not feeling well. hang in there. take care.

I'm sorry you're having problems with the mail carrier. I agree with when did mail carriers become so entitled? I'm glad you decided to not stress over it however, when things like that need changes, the postal 'service' is supposed to send you a written notice to that affect. Always something. It' sounds like your carrier needs to ' walk it off.'
love n' hugs from up north where we're enjoying our first real spring thaw in the 50's and watching it like Woody and his bride