The Funeral of a double Cousin

The Funeral of a Cousin 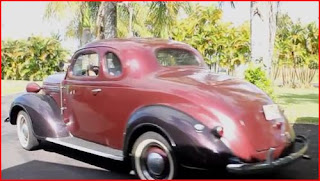 Today is Kenneth Leon Herron’s Funeral.  We are double cousins, kin on both my mama’s side and Daddy’s side. There were a few times we were mistaken for each other.  We do share the same middle name, Leon.  WE are headed for Calhoun Georgia. 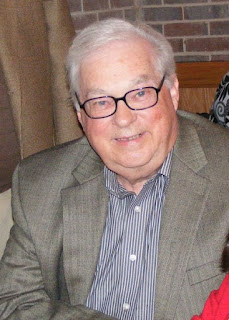 There was a big difference in our lives. Ken won a scholar ship to Georgia Tech and graduated with honors, while I  quit school in the tenth grade to join the military.

At one time ken had his own carpet mill in Georgia, had a printing company and worked overseas in Egypt, Germany and Saudi Arabia. I think every time he returned to NC and we were here he stopped by.


I will miss Ken, I have known him all my life. He was a year older than I. He and his wife Rachel have one son  and Sherry and I have two sons.  Ken’s dad was a preacher and so was mine. He has three brothers and I had brothers and sisters.  He was also a writer and like Rick (except a smaller paper), had a column in his local newspaper. I have tried to write and I would love to do a column, but I know my knowledge of English and my vocabulary would NEVER fit; and succinct, is not in my writing life. ;-). 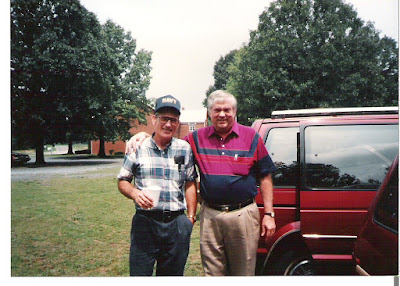 As I said, I will miss Ken, but he was a dedicated Christian. He was always active in any church he attended and at one time had a ‘Jail Ministry’ in his area.  Remember his family in prayer.

Your double cousin sounds like he was a very kind, compassionate, wonderful Christian. People like your cousin Ken are such a blessing to have in our lives. It's hard watching our loved ones pass but knowing they are now with God and definitely out of any pain of life on earth, makes their journey more tolerable. You two sure had a lot in common and you're as wonderful as he was.
loven'hugs from up north where the wind is blowing gently and it's getting warmer every day. Just so it stays above that zero mark. Have a safe trip to GA and back home again.

My thoughts and prayers go out to double cousin Ken. Sounds like a wonderful man. So sorry for your loss. This will not be an easy trip to make, but necessary. Take care and be safe.

Prayers for the Family, Sorry for your Loss !
Gary & Anna Mae

Sorry about the passing of your cousin. Sounds like a fine big family for all of you. Take care of yourself. Blessings, xoxo, Susie

I'm so sorry, Jack. Ken sounds like a wonderful fellow.
Tom and I are joining you and Sherry in prayer - both for Ken's family and travel mercies.

Ken sounded like a wonderful man and we know he left a great legacy in his family and friends left behind. Praying for the family.

So sorry for the loss of your dear cousin. He sounds like a really wonderful person and although his life took a little different turn than yours, you both are and were both very successful in life in all the areas that really matter...love and family. Prayers for you and his family.

Sorry to read about your cousin. He sounds like he had an interesting life.
I wouldn’t sell myself short on writing a column. There are papers that look for local content that resonates with readers.
I’m not very good with the language either. Had I known that I wanted to be a writer, I would have paid better attention in English class.

I am sorry for the loss of your friend - prayers all around.

OK, so you got me an Nick in here discussing you. You will have to email me explaining the double cousin thing. We are confused. Haha.
Funerals are never fun but are a lot easier to accept when you know they are in heaven. It’s just a more comforting type of funeral.
Oh, I think you would do great at writing for a newspaper column.

I am sorry for your loss.