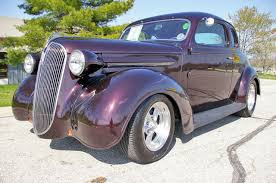 For today, (Sun/Mon)
We are back. Like all the funerals in our family, there were tears, laughs and so many smiles. I had a chance to talk to Eddie (Ken’s younger brother) and Billy, now 90, the eldest brother. Both they and their wives were there. Jimmy the next oldest brother, was not able to make the trip from NC to GA but his daughter Sherri was there to represent him.
Rachel, Ken’s wife,  was able to get around and talk every one. There was a good crowd for the service. I thought Rachel would be worn to a frazzle after 4hrs of receiving, but she was spry the whole time.
Kenny, their only son, was there to support his mother; they were a very close family.
Ken and I always joked about egos a lot. Ken would say I don’t have a big Ego,  Jack, I’m just good at about everything. Ken was also a good singer; before he passed him and his wife recorded the music used during the funeral.  So I said, “Ken’s ego was showing, he sang at his own funeral. I have never known anyone doing that.”  LOL
So now I have decided to video my obituary and part of the sermon to be used at my funeral. I cannot have Ken out do me.  LOL
Concerning the double cousin thing; Ken and I were kin on my mamas side the Loyds and my daddy’s side, making us double cousins. There were altogether about 8-10 of us kids doubled up.
When I start trying to explain it in detail, I think I am my own cousin.
Nite Shipslog
PS: I just heard Sherry tell Jack Jr. over the phone that Kenny (Ken’s son) found those songs on an old cassette and he suggested them be used at the funeral. But Imma still blame Ken.

PS2.We spent the night in Cleveland, TN. We stopped to visit two friends from many years ago. And missed Atlanta traffic coming back.
Posted by jack69 at 8:50 PM

Me and Nick are sitting here laughing at the ego story. I have a friend that we are always kidding around about what we will do at each others funeral (which ever goes first). We come up with some funny stuff. At least one of us might have the last laugh but our daughters probably wont let us. Haha.

It's true most funerals do come with s combos of laughs and tears. It's always good to see those w've not seen in awhile. It would be good to have a tape of the two of them singing together. Mot many do that . The only thing we do in my family is taught together. Still it's beautiful music to my ears.Glad you are back home now with that behind you.. Hope you are both feeling well and enjoying each day!

Quite the sweet story about all the double-up cousins. Bill and I have one of his cousins married to one of my cousins. We have a good time gathering and sharing stories as you all do. It's fantastic. I'm glad the funeral went well. Some don't. The older we get, the easier they are as we are preparing ourselves for ' that day ' in a way., but some are down right hard. I have a couple songs picked out and verses., but it's really up to our kids when that day comes. Glad you're home safe. You must be feeling a bit better. May the two of you have a week of great events only.
loven'hugs from up north where it's warming but icy. Gotta watch our step.

Okay - now I have never heard of someone singing at their own funeral - a first for me.
Funerals are bittersweet - a nice reunion - and the loss of a friend.

I am like you - I have a couple of songs and verses but in the end the kids will decide.

I would like 45 minutes of just songs - love music.

Singing at his own funeral? I love that so much! Don't get me wrong; I'm not in any hurry for you to depart -- but that's a great idea of making your own video. Happy to hear you made it back to your nest all safe and sound!

That is the kind of funeral service I'd like. Lots of laughter, food, stories and some tears works for me.

How cool though to have the cassettes to not only use them for the funeral but to have them to listen to down the line; a great gift left behind. LOL with you having to one up Ken!! That would be an interesting video obit! Not that I have gone to a lot of funerals, but never saw that at one of them!

You have taken a sad situation and in your inimitable manner made it an entertaining and sensitive post. I love the humor of Ken singing at his own funeral and the idea that you want to upstage him! He's laughing now at his double cousin, it's wonderful you have so many great memories of him and his family for your tomorrows. God bless, Love and hugs from Chobee. Glenda

I need to think of something clever to do at my funeral :) It sounds like he had a full life.