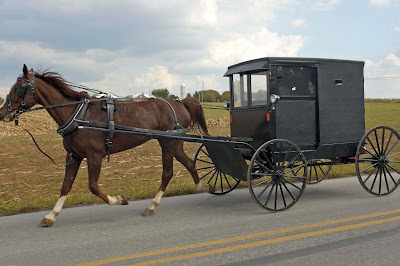 Religions separate us if we are not careful. To repeat myself, as a child I was raised in the Church of God because my daddy was a COG preacher.

(Shouting videos from the net) 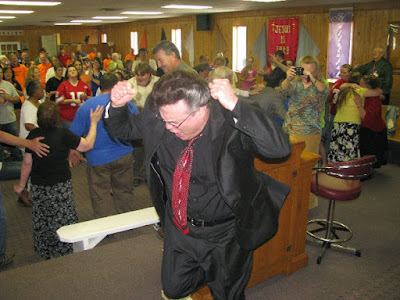 Most of my childhood (1940-50s) I was considered odd or different by some. I attended that wild church where folks got excited and at times shouted, ran, jumped and yes, even rolled on the floor. We were considered a ‘cult’, I was a ‘Holy Roller’ to many classmates from other churches.’

I am not sure if these will work..

(I found hundreds of pictures of shouting in church, mostly Black Christians have supplanted the white shouters.)
I can laugh now, but as a child it was hurtful for folks, even my teachers, to think my mama and daddy were off the deep end. They were the most loving, caring people I knew. 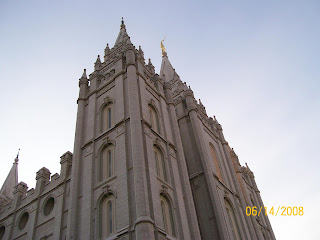 And then there are Mormons.  Have you ever met a Mormon Missionary?  They are real folk. Yep their beliefs are much different than mine. But in my life time I have met some good people who are Mormon. They even live near Salt Lake City. My girlfriend Joan and grandmother to grandson Ben, is one of my friends.  We had a date once to ride in a hot air balloon Sherry and Joan’s hubby Richard did not want to go. WE backed out for a couple reasons, one of which was the cost of an untethered ride.

Sherry and my girlfriend Joan with their great grand daughter Elsie Mae. 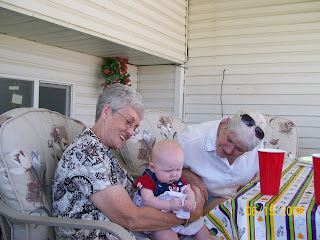 And then there are the Amish and Mennonites. They are definitely different. However their life is interesting and close to the earth. In my later years we have spent weeks at a time around Lancaster, PA. What a beautiful site to see the black buggies with the prancing horses seemingly everywhere. 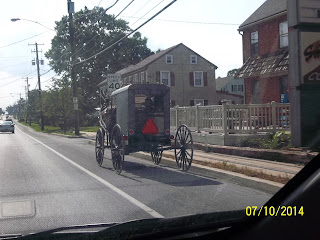 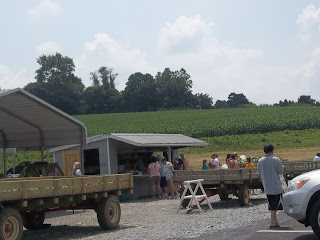 When we lived in Missouri my good friend Kenneth Conrad introduced me to some of his Mennonite friends. Kenneth was a farmer and traded with the Mennonites in the area. They squeezed his cane and made Molasses for shares.

Religion should draw us together vs separate us outside our churches. In my later years I have learned one thing, Mostly we are good, us humans, and we do the best we can for what we know.

Nite Shipslog
:PS: Evelyn got on to me about my health update. SO here it is: I slacked off on the pain meds to see if the pain was still there, IT IS!  Sherry is taking me to the VA walk-in in the Thurs. AM.
Posted by jack69 at 9:33 AM

Jack, I'm sooo glad you're going for that 2nd opinion. You need to get on top of this stomach issue rather than end up under it. Thanks Sherry for taking your sweet man in. Praying for good news. As for the Amish, Mennonites, etc, while waiting for Bill to see his eye surgeon, the fella near us was talking about how his friend had to go buy a horse and buggy for his son who was turning 21. He has to get him his own horse and buggy so he could go courting.
Religions are sure different but we hopefully all believe in God, our Savior.
Turn over your troubled belly to him, dear friend.
loven'hugs from up north where we're prayin' for ya and puttin' in a good word. LoveyaMan

Good you are going to the walk in clinic tomorrow Jack! Religion should bring us together but the thing is we all don't believe in the same God or believe in the word of God in the Bible and that is when we sometimes get in trouble with not treating others kindly. Hoping you find answers for the pain you are having tomorrow! And if not, make them keep working on it so you can get relief!

The Methodist Church is going to be breaking up in June over the current issues. It will be a sad day for us.

My brother has been a part-time minister in the Methodist church and has kept me in the loop. This is going to be a major event. Sad.

Jack, I appreciate how you pieced these different people together, showing the similar beliefs. I am familiar with all these different folk. Midwest is the melting pot in some ways.

FIRST, I'm happy to hear you're accompanying Dr. Sherry to the VA's walk-in clinic tomorrow! (Prayers lifted!)
Interesting post, today! I think it hurt my parents when I married someone outside our Lutheran faith …. a Methodist. Gasp! They were loyal not only to the church, but the Synod. Unless worshiping a goat is involved, I'm more interested in going somewhere my soul is fed.

PS - On the subject of Mormons. Tom's son married a girl from a tight-knit Mormon family. I hate to think her family is typical, but they were/are quite exclusionary-acting to us and Tommy's sister. Awkward, yes.

Jack, I grew up Catholic but I'm now a member of The Church of Jesus Christ of Latter-Day Saints...ie, the Mormons. (Meverly 317, I'm sorry that this family acts this way, it's not what the church teaches us to do) I have friends of all faiths and we can all worship and love our Savior in our own way and still remain friends. I have learned much from other faiths. I live in Amish country and my Jack has Amish patients that are good people and also can have a great sense of humor about us "English". This was a wonderful, thoughtful post. I'm glad you're going to the clinic for a checkup on what's going on with your stomach. Prayers going up for you today!

I always figured the good Lord made so many different churches so we could all of us have a chance. We should be united and not divided. We all believe in God and that makes us a unique group right there. Love one another.

i have been to Lancaster and Salt Lake City. both beautiful places. Glad you went for second opinion. Hope you'll be feeling better soon. hubby and i both have fevers and chills. praying you and Sherry will be able to have a nice Valentines Day. Enjoy. Take care.

I grew up Baptist. My daddy was always a deacon in the church. I had friends that were Church of God and I thought they were a little weird in their church actions but now days I get it. I would love to visit the Amish towns. Yes you are right. All are good people.