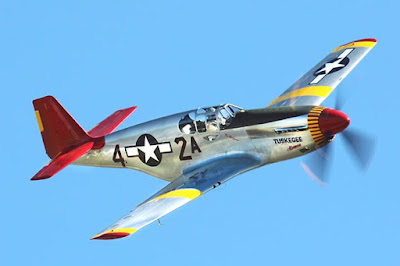 For today:
This should be short, but when we stop over many times I like to know a little about the place. One such place before now is Saint Matthew, SC. Funny thing I learned a close friend named Matthews is from there. The place wasn’t named after him of course, but he was a Saint. He was a beloved pastor of ours when we lived in Biloxi, MS.

Well here is Walterboro (originally Walterborough). WE have driven through here many times. WE have stayed in this park at least once many years ago. Walterboro was named after two large farm owners, Paul and Jacob Walter. Walterboro came to fame in WWII when it was the site of a pilot training camp and a POW camp also. The POW camp was the biggest surprise. Didn't know we ever had one in the South. 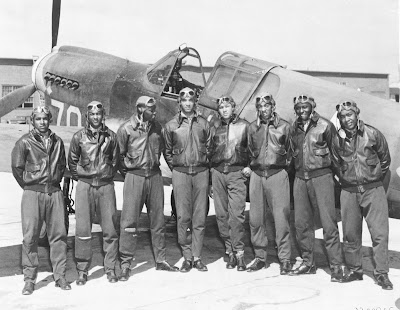 Of the many pilots trained were 500 of the Tuskegee Airman the famous flyers of WWII; the men of color of the US Army Air Corps. 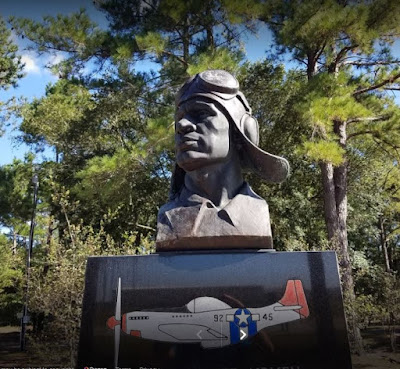 We only spent two nights here to rest up before heading into North Carolina. OH YES, I have some advance news sent by son Jack. Stormy D and Zorro are there awaiting our return. It did make me smile. WE are on our way to North Carolina this morning.
Nite Shipslog
Posted by jack69 at 6:44 AM

Always nice to knww something about the places we visit, there is a lot of history everywhere we go and too often we miss out on it. Hope the journey today is a happy and safe one. You''ll be seeing stormy before you know it. Always nice to have someone there to welcome you home.

It sounds like you'll have a most 'purrrfect' welcome when you get home. It's definitely something to smile about. As for the WWII Tuskegee Airmen, there was a movie made about it that was wonderful. It's a good thing to learn about the places you've been. As you travel, we all learn something new each entry you make. Thanks for the continued education.
loven'hugs from up north where it's warming up nicely, the sun shines more often and we're all healthy. Have a great week settling in.

Great news about Stormy and Zorro! I can't wait to hear how they are doing! Interesting info you shared about the town and the Tuskegee Airmen! Safe travels on your final leg of this journey!

Maybe sTormy and Zorro want do you like Sam does me when I leave and come back. He want have anything to do with me for a while, but this past trip he was different he wouldn't stay out of my lap. Have a safe travel home, Jean.

I always enjoying learning something new by your entertaining factoids. Tom is a BIG fan of WWII aircraft; in particular, the red tails. Visiting the Tuskegee Airmen Museum last year, why he was like a little kid!
So happy to hear your fur-kids are doing well. Won't they be surprised when you pull in the drive? :)

I didn't know there was a POW camp there either.
Glad Stormy is waiting for you.

Hope you have a safe trip home.
Stormy will remember you like you never left. Thats how cats are. I bet she will rub up on your leg and purr loud.
Can’t wait to hear about the reunion. Haha.

Safe travels to North Carolina.
Our second home (and part of my heart) is in NC.
Hugs from Jackie