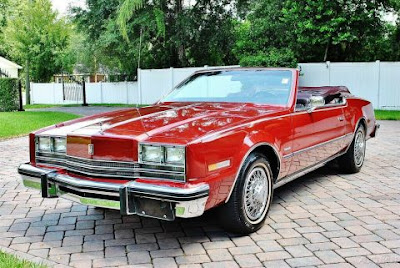 For today Saturday:
I was fortunate; I married into a good family. I have mentioned Sherry’s sisters, her mother and dad here on the Blog. But she had 4 brothers.  I enjoyed knowing all 4, but since my life started in WWII with my brothers off to war, Sherry had two brothers who were war heroes. They were dear to my heart.

This is Lefty just after his WWII service.

The oldest brother Wiley A. Harris Jr. (Lefty), answered the call in the 40s to became a US Marine. He had a tough assignment, he operated a Flame thrower. He took part in some huge operations, but the most famous was landing on Iwo Jima, he was wounded there. I met him in 1954, he would never talk about Iwo, his story was, “Jack it can’t be told nor explained, you had to be there!” He is buried very near his mom and dad. I stopped by a couple days ago and placed a US Flag and a USMC Flag at his grave.
The last years of his life he operated a very successful catering business. Sherry & I bought the business when he decided to retire. On that route I quickly learned ALL HIS customers loved and respected him, I never took his place, but I got along.
What Sherry remembers about his coming home from the WAR was his monkey. Somehow that dude had sneaked it in. Sherry says, “That monkey was mean and did not like me!”. LOL

( I have a shot of a painting of Vernon in his uniform, No sooner said than sent by one of his grand Ena.)

Still with us, Brother Vernon Gomez Harris; Vernon like me was a ‘Lifer’. He was proud to have served as a Green Beret, and did three tours in Viet Nam. During the time in the Far East he moved his family to Okinawa. After a couple tours he became the cook for his General. His meals won awards. A side job was to accompany all the celebrities that visited to entertain the troops. He was a special guard and tour guide. The tales he has for those guys and gals, all he could do was brag how down to earth and patriotic they were.

Vernon always tried to stand in the wings; but once retired. He put his leadership and talents to work and took bands, and singers to entertain seniors. Kids were his too, they stood in awe at his tricks and games which he constantly carried.
The local papers did a spread on his activities, although he doesn’t get out much anymore, we are always asked how he is doing.
Yes, Sherry still has Vernon and Johnny.
Lefty and Vernon and my brothers will always by my Heroes.
Nite Shipslog
Posted by jack69 at 10:10 AM

It's always good to remember those heroes the did so much in the wars to protect our freedom. You did come from a very good family and can be proud of them. My dad was in WWII and would never talk about it either. We cannot imagine what they went through. War is devastating and not many want to remember it.

Hi, I have Painters Masks but those babies are too HOT ! An Stink or maybe it's my Breath: LoL !!! Gonna bundle up and head outside today, Have to unbox the new Weedeater and Check out the New Lawn Mower !! My Honey is gonna dig up some shrubs to pull out ! "Shad Flies" are now out up at Lake Bonaparte and will soon be a mess ! You and your Honey be safe and wear your Masks ! Email me your address ( garywood13619@yahoo.com )and I'll send you a couple of Nice Ones My Honey's Girl friend made. Sending Love, concern and Prayers from the North, Gary an Anna Mae

One a Marine at Iwo Jima … another, a Green Beret. Sherry must be so very proud of her brothers!!!
Coming of age in the 60's, Viet Nam is very personal to me. So grateful for the celebrities who traveled to boost our GIs' morale. But the way in which they were treated coming home is just disgusting… oh, don't get me started. Thanks to Vernon for his service!

What happened to the monkey? Wow great service Lefty and Vernon did for their countries! I am glad they both survived the wars and were able to live productive fruitful lives after that!

Great post. Me and Nick were just talking this morning about our families. His has a lot of History but there is no History to tell in my family that I know of. No heros, inventors or business owners. I’m sure there are some good story taken to the graves. I love hearing about your friends and family. Always so interesting.

Well I want to say thank you to you and all those heroes - where would we be today without you all. God Bless America.

Your post gave me goosebumps, wow what wonderful heroes...and ALL of 'em are good looking, must be a family trait. And Jack, I loved the "Olds"!!! Hugs from Chobee, Glenda

what great guys. heroes in every sense of the word. love your stories about friends and family.