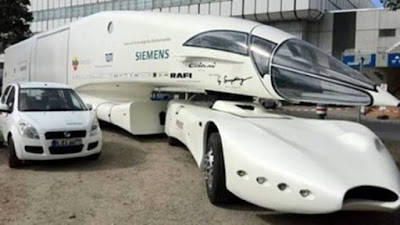 I set a trap for the Tom that is probably the reason for Stormy’s latest set of kittens (puppies).  I told her she is going to have puppies. I really have enjoyed a lot of time petting and sympathizing with that little girl. She has been so miserable. She appeared to have 6-7 kitties inside. I laid on the floor with her. I could feel them, I told her they were fighting. She really was like a ball. She would roll over, back and forth and let me pet her on all sides.

Anyway, it is too early (I hope) for her to get caught in the trap. I went down several times during the night to make sure Stormy was not in the trap. At 2:30 I disabled the trap. I just want to have a talk with that Tom so he will know he is not welcome in our basement. Maybe later.

Anyway, life is good. I have one more coat of mud and a final sanding before painting and the floor installation.  I will use the new water proof ‘slap down’ oak design flooring.  Once the bath is completed I will take a little break before continuing (if  ever) on the apartment downstairs.

I have always wanted a bathroom down there. But When we came home, and Shirl lived here, I had planned to fix an apartment for someone to stay in and take care of Shirl. Of course that did not happen.

The history of these Condos goes back to us and my sister and hubby Dick. Dick had planned for their later years. He told me he planned to sponsor a family they knew in Guyana to take care of them in their later years, and when they passed the condo would be theirs. That sounded like a great idea. Of course that did not come to fruition.

The best laid plans of mice and men! AGAIN.

Nite Shipslog
PS:    She learned to accept the noise of the air-guns, saws and drills. She would come in to eat 4-5 times during the day, and I would stop to pet.

We can make all the plans we want but it seems God always has other ideas.We just have to hope things work out for the best. You certainly are attached to that little cat, hope all works out for the best for her too.

I think there is a saying that goes something like this. Man plans, God laughs. We just have to go with the flow and trust in God that he knows best.

Yes, God has His own idea as to how all things work out. Glad you're keeping busy working on the condo floor. My daughter has the waterproof oak in her kitchen/dining area and loves it. They have a very busy lab/rotty that loves to slide on it and so far, not a scratch on the floor either. I want some.
Have a most wonderful Easter Sunday celebrating that HE Has RISEN !!! for us.
love n' hugs from up north where we are staying busy with yard work, road work at the cabin and home, and always praying for warm sunny days. Mama says Hi and wishes you two good health.

I've never been owned by a cat, but I'm tickled (and touched) how Stormy's taken to you. She may be "just a feline" but I'm lifting prayers all the same for her and the puppies safe delivery.

Good idea on taking a little break between projects … perhaps another mini vacation behind the big wheel?

I am glad you have Stormy there - hope she delivers okay. And you are building all that by yourself - I find that amazing.
I hope you have a very blessed Easter!
Love, sandie

Glad Stormy keeps you busy !!! We are still waiting for warm weather, Snowed yesterday ! Just sitting around sitting around whittling and whistling and watching the grass grow ! Hope you and Sherry are ready for Easter, We are , it's just the 2 of us ! Take Care, waiting for Pictures of the Basement !! Easter Blessings and Love from the North, Gary an Anna Mae !

Critters can sure sneak into your heart.