The other guy’s talent 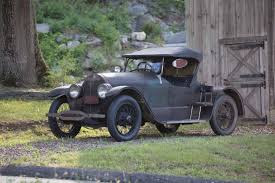 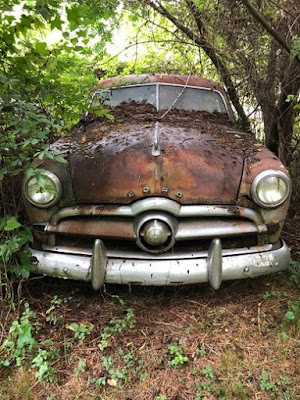 Son Mark is not a tech savvy person.  He can use his smart phone, but does not care for a PC or laptop. He is also a fan of OLD Movies; a lot of 'em cowboys. He called his mom to say, “Go to GRIT this evening and watch Joel McCrea in “Will There Be any Stars In my Crown”, you will love it.”

WE did watch most of it; it came on earlier than expected. I had not heard of the old movie but it was good, and strangely it was about a virus and being ‘homebound.’ I was fortunate, even without closed caption I had to ask Sherry only a couple times, ‘What did he say?’ LOL… Even an unlearned person can tell when a person is has talent as an actor.

So along that line I have been singing ‘This Old House.’ Lately, and I have thought about song writers. Ever try to write a song? I remember when I was in the band, I thought I could. What I learned at an early age, it is hard to ‘write’ something new! As I tried, I learned that every tune I came up with, someone had already ‘stole’ it. LOL

I enjoyed the common words Hamblin came up with in ‘This Old House.’ My old Hound dog lies ‘a-sleeping’ always brings a visual to me. I know and have known several song writers who have sold hundreds of songs: TN Ward (also his brother & son), Vep Ellis, CS Grogan, Craven and more. On the net I know Rick & Jilda. I enjoy the creative lines Rick uses on his Blog. In this family, our twins, Joshua and Stephen, have written some very good ones. Stephen has written ‘Symphonies’, to my amazement. Both are outstanding musicians, but then Sherry may be a little partial. LOL

I am a whistler, and when alone, am a great singer (?). When I near the end of a task (that is going well) I start whistling or singing. Sherry has noticed this. As I finished Gisela’s door I didn’t realize I had started singing. She popped in to say, “I love it when a person sings while they work.”  (I took notice she did not say, “You are a great singer!”)  LOL

I had a brother talented in metal work, the other could do anything with wood. I too have a talent with wood. I love putting it together.

Everyone has talents, most unheralded. I know we have several poets in Bloggersville. What’s yours? (DO NOT BE MODEST), say it!!!

Many songs are in the form of life stories so I've no doubt that should be able to write one. I love country music just for that reason. The only talent I seem to have is to be able to be a mom. I'm thankful for that and am not complaining. It's a job I'v loved since I became one many years ago. Our kids remain our kids no matter how old they get.

My hubby and his brother have written songs. I at times write poems but haven't in a bit. I do admire those that have the talent to take words and melodies and come up with incredibly great songs!

Just read Ma's comment. She sells herself short. She has lots of wonderful talents!!

I used to dream of becoming a writer … but soon realized I came across as too self-serving … editorializing, whatever. Plus, who needs more rejection? LOL.

I've not had the pleasure of hearing your grandsons' work, but will take your word for it and applaud (with vigor) all the same!
I'll have to ask Tom if he's seen that Joel McCrea movie. He keeps the GRIT channel on all the time -- unless I happen to be in the room to protest. (*smile*)

Best guess at my talents; while I love music, I cannot read or stay on key or pitch or whatever...subject closed. I have skill in the writing arena and am considerig doing those commercials. All y'all out there in Shipslog space stay well, mask up and march on!!!

Actually, I am a pretty good singer, as long as the song can be brought down a little lower. My problem is that I know only the first two line. My children are musical, but they always rewrite the words to make them strange.
We enjoy cowboy movies a lot. If only there were any new ones out. Open Range is about the last one.

It is hot out here with a hot wind. I hate that. Keep cool, keep well.

My only talent with music is appreciating others talent with music! I used to write poetry and even won first place on a few but I just keep my writing to my blog these days. I love photography and plan to take classes when I retire. I have won some county Fair photo entries but I think that was luck!