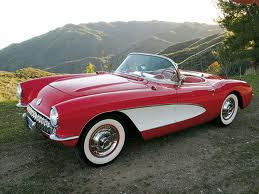 For today, (Tuesday):
I was fortunate to meet Sherry. She attended a church that my dad came to pastor, his last church. After a year of so we got more acquainted so much so that I proposed. I was 17 she was 18. We were married September 22, 1956.
She has brought two sons into our home.  The first was named me Junior. That is strange because My name is Jackie. I was happy with the name until someone told me Jackie was a girl’s name. Then I did not like my name. Then how did this dude stick his son with Jackie Jr. I don’t know. LOL
Just yesterday Sherry sent me after flowers for her parent’s grave. She changes flowers twice a year.  My parents are buried about 40 miles from here. Until the death of my Brother Junior, he put flowers on mama and dad’s graves. I have done it a couple years but that is all.


When we are away Sherry will send one of the grands the money to get flowers for Susie and Wiley’s graves.

I had mentioned to Jack Jr. the other day that we didn’t put flowers on my mom and dad’s graves. But that my brother Junior did.  Well we got an e-mail a couple days ago that said, “How does that look?”

Then the picture appeared of mom and dad’s grave. There were flowers on it. The e-mail said, “Now another Jr. has put flowers there!”
It brought tears to our eyes of course, just to know he remembered.

What a wonderful surprise! Your Jackie Jr. did good ! Our children do surprise us now and then, but then look who his parents are ! Yay and /sgerrt dud good too!

That was supposed to read that you and Sherry did good too!

I go to the Cemetary and when walking thru I call out the Names of relatives or friends as this is what my Father did and his Father did and some of my Brother do, Always remember that as long as someone remembers our names we are still loved and remembered ! Sending down Love and Prayers !
Gary & Anna Mae

what a sweet gesture your son did. tears for sure. hang in there. stay safe.

Thanks for this post. It's a nice way to start my day! Have a safe and healthy week.

So sweet! And I bet he'll continue with the custom for a long time to come! And perhaps pass it down to his children!

Oh my goodness … Jack Jr.'s message just brought a tear to my eyes. What a tender heart. I don't recall the gravesite flowers being a 'thing' in our family; is that a Southern custom, I wonder?

My former husband named one of his sons, "Joey" (not Joseph); and he didn't like that one little bit. Jackie (and Joey) are sure better than some of these whack-o names I'm seeing for celebrities' kids!

You raised a fine son in Jackie Jr. He did what his daddy would have done if you could have. Sweet man like his papa ! God Bless the two of you and your families as we do our best to stay healthy. I'm pretty weepy today, missing my grandloves and our grown kiddos.
love n' hugs from up north where it's in the wonderful 60's today. It brightens the spirit. God willing we will have a pleasant summer. Stay safe.

The apple doesn't fall far from the tree Jack. Wonderful.

We do flowers on the graves of our loved ones too. I'm hoping the emergency passes by decoration day which is the second Sunday in June.

That is so sweet.
I remember Nicks mother would always make sure graves of loved ones were pretty. It was important to her and would have someone else do if she was out of town. We never kept up the task. Sadly, we rarely go see the graves of anyone now.