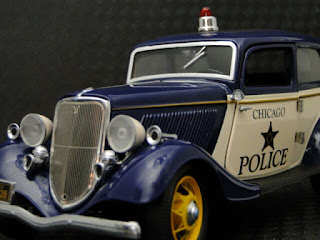 I don’t really use the term 'cops' often, but I have heard it a few times, ‘I’m calling the cops.’

Have you ever called local law enforcement to report a disturbance or other things such as speeders in your neighborhood?

I was going to tell of the one time I did call local authorities about a dog across the street that barked and barked at the same repetitious frequency it was driving me bonkers, this was long after ‘lights out’ and into ‘quiet time.’

A neighbor I didn’t know had tied the dog outside and left for the night evidently.  Animal control came and got the dog. I don’t know what happened as a result, I never heard.

But now, I just remembered an incident when a neighbor’s daughter was blocking our driveway.  I asked her to move her car so I could use the drive. She said, “YOU have another F---ing driveway us it.”

Zeke the neighbor and a friend, just stood there. The daughter ‘cussed me’ using words I had only heard aboard ship and never in the presence of a lady.  My wife was there. The girl said, “I am calling the cops,”
I said, “Please do.”

We waited, when it was sure no one had called I asked Sherry to call and she did.  The officer arrived and in very few words told the girl, “Move the car or I will cite you, you cannot block his driveway.”

She moved the car. Zeke apologized later and said the girl was out of control.  That was obvious. We never had another problem.

WE are in our 80’s and that is the only time we have felt a strong need to report anything.  How about you?

I have no doubt old Woody (retired LEO) has arrived at much worse situations.

PS:  WE support the Blue, where would we be without them?  There is no profession under the sun that is completely clean and pure, methinks.

I've never called the police for anything but was very tempted when our neighbor's dog barked constantly. He doesn't do that now but I was ready to scream! My niece is police woman and a detective in Chicago. I know what her work life is like and I do respect the blue! She's going to retire from there in 2 years. She's had it with people these days. People like that rude girl who blocked the driveway. The language that comes out of some kid's mouths is mind boggling. Have a good week and stay safe!

I called the police one time when the neighbor's dog was barking constantly and continually for hours. It was when we lived in Montana and it was the dead of winter and the dog was outside. I figured it was cold. The house was behind us so we didn't see the police arriving but shortly after the call there was no more barking. Called the police when son's bike was stolen. I've had interesting interactions with the police because of son's wild youth but I still respect the blue and always will. People here in Phoenix, and I'm sure all over, have taken to tying blue ribbons on trees and whatnot in support of the Blue. Its refreshing to see so many blue ribbons around town!

I have never had to call the cops. I always called my brother who was a cop. Usually about disturbances in the neighborhood or unusual things. He would decide the severity. I have been tempted to call the police on domestic disturbances with some crazy neighbors behind us but usually another neighbor will beat me to it. I think they are moved away now. Or in jail.

They are always there when we need them, and protect us and help us. I support the blue just like you do. Where would be without them.

Thank goodness, I've never felt compelled to call the 'cops' on someone. But gosh, in this day and age it's probably wiser to do so than risk getting on a neighbor's 'ugly' side. So much civil unrest and mental stress, one never knows if they might find themselves on the wrong end of a gun.
Shaking my head at your friend, Zeke. Sad that the parents that long to figure out their daughter's out of control.

My oh my, that girl...I would have called too. We did call once, about a found bicycle within our raspberry patch. No one seemed to know where it belonged so the cops picked it up saying that the owner would have to ID it to claim it. Was our son's friend ever mad. It turned out hubby's son sneaked out during the night, borrowed his friends bike to get back home the few miles out of town where we are. We kind of figured that's what happened because we did know he had snuck out. It was a lesson for two young teenagers.....who never forgot it. I'm glad our kids don't swear like Zeke's daughter. My oh my.
loven'hugs from up north where it rained hard this morning, then the sun came out so we took a ride thru the woods. I love the smell of wet leaves. Have a great week.

We have a few narcs in our neighborhood who report some very silly things. We have neighbors, we call them them the witness protection people as they are young and do not speak to us. They have a beagle, you can imagine the howling. But she will go to sleep at night. The Weimaraner is another story. AT 2 A.M. he will stand by the fence directly by our bedroom window and he barks. Non stop. The hubby went out there twice this summer and told him to be quiet. He continuing barking so he turned the hose on him. He went to the other side of the house. That neighbor is a good friend (haha) poor Carlene! She did call the police. I have reported the stop light near our home on numerous occasions. It would not change for our side to go through. But apparently I was not alone because they were already sending repair people to the site. We are both related to many law enforcement so we do support them. Sometime though, I can tell you all about the Kansas State Trooper who illegally searched our car! The last thing we said to him was we will pray for you Officer ____(his last name)! We figured he might run into some folks not nice like us just trying to get to where we were going. Young people today have no manners. It is funny because about 8 years ago I had posted a Fred Astaire quote. He had said People do not teach their young ones manners and therefore they have none! My mother gave me the "Zest" soap across my teeth once in my lifetime. No thank you mother, I would not like that again. My father would have been so disappointed to hear such language. I would rather have died then disappoint him. Hoping you have a terrific week. HUGS and LOVE to all of you.