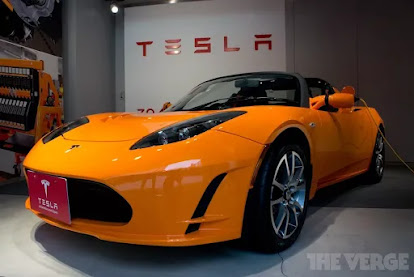 They tell me The Tesla is the latest and best thing coming down the Pike. That is yet to be proven, but very possible......


For today, who do you think of when looking back on drastic changes or innovators:

I have dreamed big in my life, but was smart enough to know my limits. In the building business I was small time compared to the big builders.  I built less than a hundred homes.  I enjoyed the actual building. Driving nails and cutting lumber to fit. Sitting a desk did not fit me.

Myra mentioned working for Jim Walters Homes.  Jim Walters was an amazing man, a dreamer who had ideas that revised the home building industry. He started in 1946 with less than a $1000. Walters would sell you a home called a ‘Shell home’ or a turnkey job.  No one else would do that. The shell home was a home with the outside finished. Windows and doors. The buyer could finish the home himself.

Many builders considered them ‘junk.’ But He changed the way we built. He was the first to build a wall with it lying on the floor and then raise it in place. Before that we always built the wall standing, he cut the time in half. He did MUCH MUCH more.

When I was a kid, anything labeled “Made in Japan” was considered junk. As a kid I tore up Japanese toys cars. Many were made from American beer cans turned inside out  reusing the steel can.  Now years later look at their quality, both toys and Automobiles.

I knew people who bought the shell homes and 5 years later still had blankets hanging instead of drywall, but they were using the money they once paid as rent to slowly finish a home that would be theirs and paid for.

Now back to my sliding shelves.  I want to give a big thanks to Dar for pointing out ‘that things could fall off the back of the shelf when it was pulled out’. At times it was a problem to reach the item.

Dar, you are so right. So today I did some modifying. I put a back board to eliminate most of that. THANKS for making a point of that. This is an update. I mixed up the two young ladies, Dar and Betty. Sorry ladies.

I remember reading stories about Jim Walters. He was an amazing man! My son is also inthe real estate/construction business. It is a wonderful profession and he is so proud of the homes he sells because he knows they are built right-built to last. I bet you built the same way.
Hope you and your sweetie are both doing well. Hugs- Diana

Nice to have blog friends to help you out. Those turn key homes sounded like a smart idea to me.

LOL Jack; it wasn't me about the shelving (but thanks for the shout out). It was Dar. I had to go back and read my comment because I didn't remember saying that :)

Yep, I remember when anything made in Japan was considered 'junk.' I didn't know that about JW walls being constructed while on the ground. Neat! I do recall when they advertised their homes in the Sunday comic strip section. Maybe not in the same league as Walt Disney, but ya ... I think he was a visionary.

Jack, You are a hoot...still learning, I see. As in a back board on the shelves. I know as a home builder you know this old joke...Gee, I cut it off twice and it's still too short. A couple of G.M.'s carpenters used to say that if you caught them throwing anything away. I loved those old guys. In our little town, we have one of those aluminum houses that Sears and Roebuck used to sell in the early 50's. I really like that little house. Once it was our drs. ' office. Stay safe . Blessings to you and Sherry, xoxo, Susie

Innovators have changed a lot of lives. They think outside the box and look at the big picture. I think you are one in many ways with what you do there to make your home nicer. Good idea with the shelves. I pretty much copy others ideas and am not a good one to think of original ideas.

Good Post, always liked the pull out shelves in the canpers that had them, Did have a Old Victorian House once that had them ! Just sitting here watching the downpour, 70's and a Breeze yesterday an today 46 and heavy rains ! Enjoy the weekend with Your Bride, sending down Love and Blessings on you ! Gary an Anna Mae,

Sorry about that DAR. I was flying by the seat of my pants, and that is tough approaching 82. I would correct but this system will not let me into my Shipslog to make the corrections. OUCH
I am Jack but today am anonymous