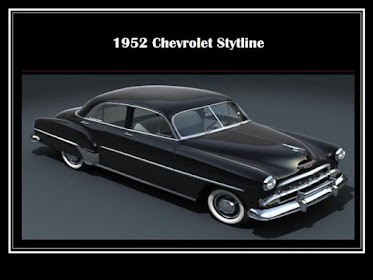 For the past few days I have felt ‘empty headed’ not quite dizzy, but if I get up and move too fast I get just a little crazy in the head (no one is supposed to laugh! LOL. ‘cept me!)

For years I have had a problem if I lay on my back too long working on a car or under a crawl space, I have had a little problem with dizziness.  So instead of taking it slow and  working on the coach engine, I found a repair shop that will do it.  I put it in the hospital Tuesday.  The mechanic’s estimate is at least 20 hours plus parts.  That is a big OUCH.

But since I have felt so ‘lackadaisical’ I decided to give up and let the man do it.  After all we do want it to last another 5 years at least.  If something else major goes wrong we will give it away, that ain’t no joke.

Thanks for letting me bitch and moan.  Things will be better tomorrow.  Imma hoping that is not like the permanent sign on a bar on stock Island that reads, “Free Beer Tomorrow.”

You didn't say what was wrong with it - seems like you had it all done - and it should be brand new!

Look at it this way, Jack, you are helping a guy out who maybe didn't have a lot of business with the whole virus mess and you are saving yourself a whole lot of work and possibly not feeling all that way doing it. So just take it easy and enjoy the time with Sherry!

Sounds like a good decision to hire repairs and take it easy on yourself. We followers on the Shipslog need you for entertainment! Love and prayers, Glenda

Hmmmm. Tom's also been experiencing random 'light-headed' feelings. After a check of his blood pressure, I tune out his protests and push fluids. If yours keeps up, won't you please get checked out.
I think outsourcing your coach is a sound decision; besides, like Betty said, that person(s) may really need the work.
Sending love from Coosada,
Myra and Tom

I think it's a wonderful idea to let someone else fix it. You were only trying because you hadn't found anyone that would. It's better to take it easy on yourself when you know your not feeling quite right. If it keeps up you should have it checked out. Hopefully all will be right in your world for a while now, you deserve a rest.

Sometimes its better to just hand it off to someone else.
Slow down Jack and enjoy yourself.
And did you just say the B word?

On the beach
Lisa

I doubt you will ever give your coach away. You love your lifestyle way too much. However, good for you for finding someone that is willing to work on your ride. You deserve a break so take it. As for dizziness, perhaps it's vertigo. After my hearing surgery, I had it quite a bit. It's ok now but it is frustrating. Go see your trusted doctor to be sure. There are exercises in rising from the sitting and prone position that do help. Take care of your special selves.
love n' hugs from up north where it was just snowing to beat 60....I thought it can't be....too early, but after all, it is Oct. in WI and we do get snow-teasers about now. But come on mother nature, the bears aren't even in hibernation yet.

Jack, Glad you are letting someone else do all that heavy work. Take care of yourself...so you and Sherry can enjoy your lives. Hope your weather is good there. We are actually cold here today. Frost warning tonight. Good bye nasty biting bugs. LOL. Praying we do not have an early winter and certainly not a long one. Blessings to you and Sherry. xoxo, Susie

Jack, I can not bend over without getting "Loopy Headed" and I don't even drink !!! All I can tell you is "Dehydrated" will knock your socks off !!! I have to drink at least 8 to 10 10 ounce bottles of water ! You saw where I painted laying on the floor, what you didn't see was my walker to assist me in standing back up !!! Hope this guy has no issues with fixing the Motor Home ! Sending down Love and Blessings< Gary an Anna Mae !