Occupations, those gone, those strange to me 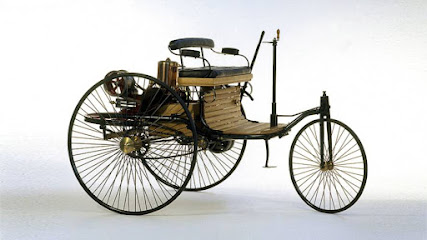 Above is the first ever patented auto by Mercedes-Benz. 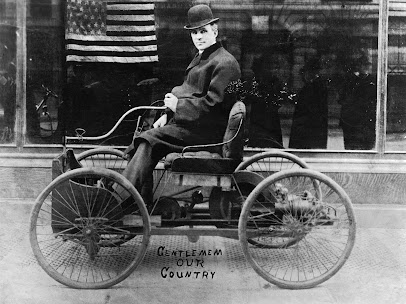 Above is Henry Ford in his first car.

Over my life time I have been amazed at the changes my parents saw in their life times: They saw the first Cars, airplanes and manmade Earth Satellite (Remember Sputnik?).

NOW, looking back over my short (!!!) 82 years this coming January, the changes amaze me. I could not see the loss of ‘Cobblers’ (shoe repair shops).  I was raised remembering holes in my shoe soles and daddy taking them to get them ‘half-soled.’  AND when living in town, we ALWAYS had a MILKMAN.

I drove nails with a hammer, before I left the building industry we were using air-guns and driving more nails in 30 minutes than I could drive by hand in 8 hours. TV happened in my lifetime. The first B/W I ever saw my brother bought in NYC (he was a truck driver). It had about a 7” screen and weighed a ‘ton.’  There were no TV stations near so all we watched was a test pattern.  We thought it was ‘cool’.

All this is not new to you of course with the advent of electronics. In 1956 I used one of the first FAX (facsimile) machines. It used a turning drum and read and transmitted one small hairline bit at a time as the drum turned. It took about ten minutes to send a page.

We have met people of many occupations over our life time. Many I had never heard of. To quote a line from one of my favorite ‘poems’:

The Northern Lights have seen strange sights, but the strangest they ever did see was on the marge of Lake Labarge, I cremated Sam McGee.

I met a man whose dad was the REAR driver of a ‘hook ‘n ladder truck’ in NYC. The rear wheels turned on those trucks to get around the turns and traffic. The physics of the idea is when the front driver turns the steering wheel right the rear driver turns left.  So to turn left the rear driver’s brain must ‘think’ TURN RIGHT. 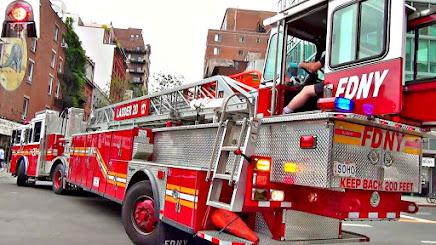 The strange thing I am pointing out is what the son told me.

“Dad cannot trust himself to drive a car nor the RV, mom does the ‘real’ driving; because at times in a quick decision dad’s reactions have been ‘opposite’ what they should have been.” 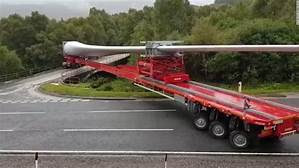 Example of the LONG short turn, I can sure see a problem there. :-O.

Occupations? Do you miss any?

What is the most different jobs you have done or known?

PS: This computer is acting ‘half right today!’

That would be confusing to turn right; maybe that's why I didn't choose that career LOL :) I remember touring the telephone company when I was in elementary school and seeing all the operators. I thought that was the coolest job. Not sure they exist these days! I think the hardest jobs are retail and fast food. Customers are always right and the pay is very low. Forty three years ago I never thought the career I would have chosen (transcription) would be obsolete but sadly it is. So many changes, some good, some bad. People have to be very careful choosing their professions these days I do believe.

It's sad to see the end of shoe repair shops. I had my favorites and would get them resoled or new heals put on when they wore down. Now everyone just goes out and buys new.

I was just mentioning the other day how I used to like to watch the telephone mad climb the telephone poles. You do not see that anymore. They use a bucket trucks to reach high and Im not even sure the telephones have lines to poles anymore.

That's so interesting about the "rear driver"! I'm so bad, I even look for drive-through parking spaces so I won't have to back-up or use my car's mirrors. (Note: Don't EVER let me drive your coach. LOL!)

I laugh about it now, but back in 1988-89(?) I was working at Jim Walter Corp. and asked to go up to the Executive (top) floor and send a fax. Mind you, I had no idea what a facsimile was or even what it looked like. Finally, one of the big-wig's secretaries took pity and showed me. Bet she thought, "This one just fell off the turnip truck."

Very interesting and fun to read todays entry. I love things of the past. I think the most unusual, to me anyway, was placing tiny electrodes on computer boards and welding them into place. I was good enough at it to teach others my shortcuts.....lol Anyway, it was tedious but fun. Still, my most rewarding job was being a mom, mentor, teacher. Life is so full of surprises.
loven'hugs from up north where the bacons are in the smoker on this 30 degree day !!! I can't wait to taste it.

Yikes, I would not want the job of driving the back wheels. I had a job where we used arsenic to etch wafers in the making of automobile electronics for GM. I hated that smell. Got off that job when I went into skilled trades. I remember the test pattern on black and white TV. I remember shoe repairmen. My dad thought he was one...when we got a hole in our shoes...he cut a piece of cardboard from a Tide detergent box and put it in our shoes. LOL. I tell people, now that's poor. My dad was a carpenter. I know he had a drill that was turned by hand . He would never have believe the nail guns and laser levels of today. All the newer power tools. I love tools and like seeing all the new kinds. Blessings, xoxo, Susie

I remember watching my Mom at her job in the hospital switch board room and watching her and the other operators pulling and plugging in the cables on the board. She brought the hospital into the computer age and got rid of that huge board. I worked at the hospital I just retired from for 41yrs here and 6yrs previously in Chicago. Surgical Technology has been a great career but I must admit my favorite job was my first one...a candy girl in a movie theater! I had to make change since the cash register wasn't automatic. That was a great skill to learn! Ha! The free movies was a plus along with all the popcorn you could eat. After that job I couldn't eat popcorn for a long time!