You don't get much more interesting than the '51 Stude Bullet nose. Very unique. For some reason over breakfast this morning an old song came up: (These are part of Joe South’s lyrics)

There is much more but the idea is there.

IT reminded us of people we have known. We have known people who lived a soap opera.  Planning months ahead to set someone up.

As a kid of 5-6 yrs old my sister Kat lived out in the woods, late 40s. They had a radio and she turned it up loud so she could hear the soap operas every day, while she cleaned the house, cooked and washed clothes.  I don’t know the name but one was about a WISE old lady that run or worked in a Lumber Yard. 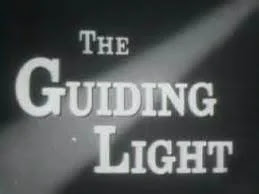 Once my girl watched the “Guiding Light”, at the time I was running the Roach Coach, so I was in when it came on, I started watching it.  I remember a girl named Nola on the show who was a plotter and knew how to stir up trouble. 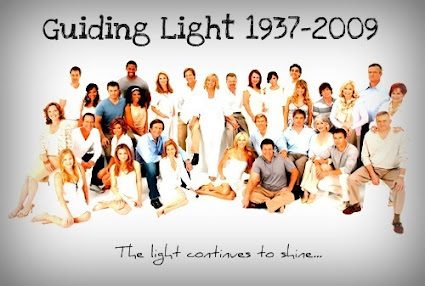 I am sure I met A ‘NOLA’ in real life once. LOL

Do or did you ever watch the “Soaps?”

I used to watch General Hospital. Do you know it is still on. No original characters - but some from a long time ago are still on there!

I love the old cars! They were such classics and did not look like every other car on the roadways. Our SIL Zach went to a car show about 2 hours from us. He works for an ins. co. and was able to get behind the wheel and enjoy so many beautiful classics. My mom and sister watched General Hospital faithfully. I bet if I turned on my TV today I would see the same storyline there. But those soap operas had longevity! I dated a guy once who ran home on his lunch hour to watch a soap opera. Needless to say, we had different interests. HaHaHa! I am related to a few pot stirrers and troublemakers. I am just a rebel, it comes from all those years at Catholic school.
Hoping you are all well and enjoying life staying happy and healthy! HUGS across the miles to you all.

Used to watch General Hospital and One Life to Live YEARS ago. Fun to do and get involved in the "lives" of the characters but a bit of a time waster when looking back on it. I'm surprised, reading Sandy's comment, that General Hospital is still on!

Ah, this makes me smile BIG. Yep, my former hubby and I were hooked on Days of Our Lives. I'd rush home at lunch to watch every day; and even bought a 'wizz-bang' VCR to record 7 days while on vacation. I think I've written before about one of the biggest thrills of my life: Getting to spend all afternoon with one of its stars -- my adult crush, the villain Stefano DiMeara. Good times. :)

No soap oprahs here for me. life seems to bring enough drama in itself. People do play games and we need to be aware of that. Not all is at seems.

When I was younger... teens, early 20s...I watched One Life to Live and General Hospital...which was as far from being a hospital as you can get. When I was 12 or 13 I babysat for a lady who was crazy about Dark Shadows. She was an alcoholic and I took care of the kids while she drank and watched TV. Worse job ever. I did kinda like Dark Shadows though!😏 Now I hardly watch anything but HGTV or Food Network!

My TV viewing is almost nil, likely growing up without a television in the house. As a result, never got the hang of it and cannot remember ever following the soaps. My gig has always been reading books and Mom used to say "Glenda would rather read than eat", of course, eating was a big deal in our home :) Wishing you two a great day! Love from Chobee, Glenda

I remember mom used to make us go to our rooms for an hour while she watched her soaps. We were not allowed to watch them. When I was older, I used to head over to my friends house each day and watch the Guiding Light. We were hooked. Now me and Nick watch night time dramas. We are hooked on a few such as Blue bloods and Yellow Stone.

Jack, This is such a funny post and I love it. Ted was sitting in his chair waiting for "Young and Restless" & "Bold and Beautiful " to come on. He said , "I can not believe I am sitting here to watch soaps." I said, "well you are and you are excited aren't you? " Then we both had a good laugh. This has only happened since he 's been fighting his cancer and got the transplant. LOL. Blessings to you and Sherry. xoxo, Susie

I love the Bullet nose on that car....classic!!! Where are all the wonderful minds that came up with the classics. Now days, every vehicle follows another looking the same, same color scheme, sad. I do love our Midnight Blue truck tho with the chrome trim. As for the soap operas, we both used to watch Young and the Restless...then covid came along and it was nothing but reruns...now it's back on with new episodes that Bill watches once in awhile. I've still been too busy cleaning out my flower beds and covering them for the winter....my, I do have a lot to divide and transplant. My sis Mel and I used to say we could write the operas......seen one, seen them all.
loven'hugs from up north where the north winds blow in chilly air tonight. Ha, and I still have gardening to do...........more tomorrow.

Young and Restless and Days of our Lives for me. First Mom then me and Jarin. When Days went to an hour she couldn’t watch it all because she had to get ready for work. These last couple of years she started watching Bold and Beautiful. I’ve often wondered if my grandma watched any, Mom said she read True Story magazine and I remember mom read them too. Take care, Sheila