From Under ground to a bike to the space station, just this and that 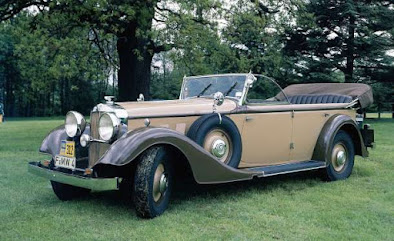 Something was said about ‘wet peanuts’ in comments awhile back and I meant to follow up and like MANY things lately, I find I actually just ‘FORGOT.’

Most folks know peanuts grow beneath the soil like potatoes, turnips and carrots. The big difference is when the peanut is harvested it is a very soft and wet thing that must be allowed to dry before much handling.

The old way to harvest was to loosen the soil beneath the plant with a shovel, spade or fork, then lift the plant, shake the dirt loose and turn it over. Years ago the nuts were left on the ground exposed to sun and atsmophere until they dried. 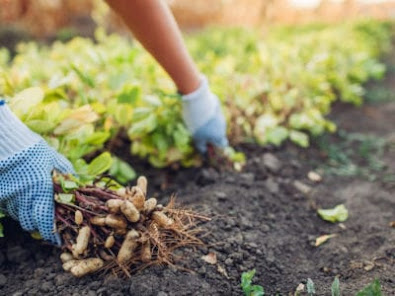 (photo from the net)

I have only done this a couple times, but I like them even before they are dried.

I have mentioned to Sherry I wanted a bike.  Walking is good exercise, but your legs really do not get much of a workout walking.  On our walk a day or so ago the neighbor behind us had just rolled two OLD bikes to the curb for the taking or garbage.  He said they needed too much work, We talked a minute and I took one.

With a couple hours work everything works and I gave it about a ¼ mile run.

A benefit of being here is we are less than 100 miles from Cape Kennedy. We did get to see part of the launch of the satellite a couple nights ago.  Last night we hoped to see the Astronauts launch toward the space station, but it was too cloudy and we only saw bright clouds.   They did get up and headed out into space.  There was a time I would have liked to go into space.  But now I will be happy to follow their trip on the net or TV.

There you have it, Peanuts below ground to Astronauts flying away from earth.

I loved Peanuts and all nuts, But my Diverticulosis and Diverticulitis have taken them off my menu, I had 20 inches of Intestine removed, so some Menu item is nuts, seeds I no longer can eat, well I can eat them is I want a trip to the Doctors ! My Favorite Peanut was from Planters, We still get Peanuts when my Buddy from Virginia comes up with Boxes of them for the Wife !
We are in heavy winds, Power outages, building damage since yesterday, Take care and behave and be careful on that Bicycle, Don't be making any Ramps to jump with it !!!!! sending down love and warm wishs !! Gary an Anna Mae

Gardening! If we had some actual dirt where it is needed, we could get some vegetable plants growing.

Mom tried peanuts once. She didn't plant them in a sunny spot, and the peanuts were mushy. We had such hopes.

Being so close to the Cape!

We have lots of peanut farmers in south GA!
And my grandson would love to launch to space someday - lol.

How fortunate your neighbor's trash became your (near) treasure! That's a bummer about the cloud cover. Some of my biggest thrills were seeing the space launches -- even from across the state. It's a wonder I didn't rear-end someone in traffic while driving and looking sideways towards the east. LOL.

Gee Jack , that wasn't much of a shake-down cruise on the bike. LOL. I have never seen peanuts growing, so I have missed out. My daughter Karen would try her best to grow them here in Indiana , if she thought they would grow. LOL. She loves gardening. Blessings to you and Sherry, stay safe. xoxo, Susie

I like peanuts, but mostly boiled and warm. It’s fun to fix up a bike. Now you have to find Sherry one. They say “your only young once” but I think you can be young at least twice.
I always said I’d go to outer space if I had the chance. That nerve gets smaller as I get older.

Thanks for explaining the wet peanuts!! I didn't know about the launch today; I'm so out of it LOL. Great you got the bike up and running for Sherry! Make sure she wears a helmet :)

I have a bike and yes, it does give our legs a good work out. I think it is helpful to do both and enjoy the quiet roads we have here in our mobile home park to do just that. Nice you can see the cape on clear nights. It would be a sight to see them take off. Watching on tv wouldn't be the same as in person I'm sure. Enjoy your new toy!

One of our dear TX friends was co-owner of Birdsong Peanuts...they operated quite the large planting to packaging business long ago. I even tried planting peanuts up north and WOW, they grew and tasted great after drying them. I was so surprised.!!! I have had many a bike but no more. My bones don't agree with them anymore.lol:/ Way up north, the only way we see a launch of any kind is on the net or tv. So interesting tho.
loven'hugs from up north where the air is full of anticipation as the rifle deer hunt starts this weekend. The boys are ready for a week at the cabin for the hunt and cards. Bill does most the cooking, no one cleans, but they do take turns at least keeping dishes washed. lol It's my week of Dar time.