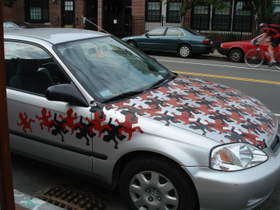 I have talked about 'em before over in Deltona. Thinking back awhile. We lived down in Guantanamo Bay (GITMO) for about 4 years. I learned to live with lizards. Hey, my Sherry even learned to live with them. Actually they are much better than mice. They can even crawl upside down across your ceiling. I have talked to lizards ever since. Even caught and petted a few, but they will not become pets. 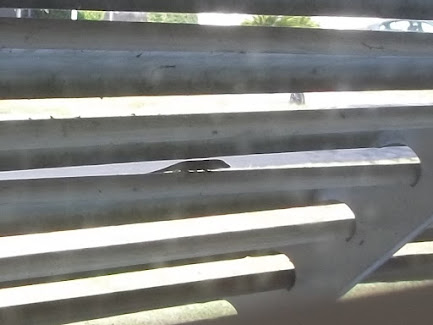 Florida is a haven for Lizards, we have seen a couple inside this new to us house. They don’t seem to bother anything. They entertain us as we watch them through our windows as they play and await a bug.  We see this a lot, with them outside as we set at the kitchen table. 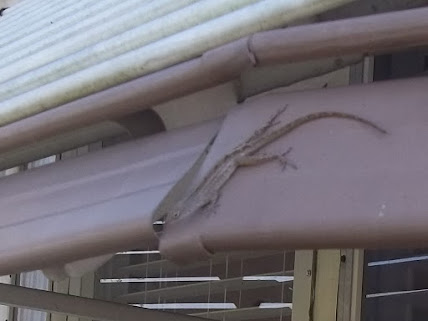 We do not see the Iguanas (Giant Lizards)we saw in Cuba, I prefer the little dudes best anyway. 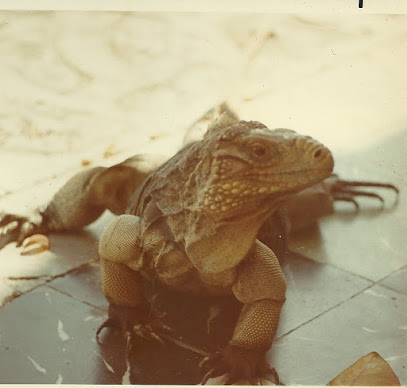 (This one was going around tables begging at an outside restaurant while we were eating once. It was about 3 feet long ) 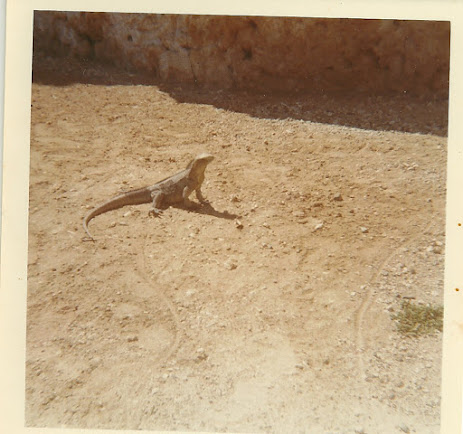 Growing up in NC I never thought too much about them, they were very seldom around the house. I didn’t know they could jump as far as they can. I also did not know there were so many colors and sizes. I really think they are kinda cute. I talk to them during the day out in the work shop. I tell them to beware of Lucy and Tux or they will become dinner.

We met a kid as we hiked the AT that could catch and pet them, I am not fast enough most of the time.

While in Wisconsin’s north woods I watched Dar’s grandson put a toad to sleep, I wonder if he could do a lizard. 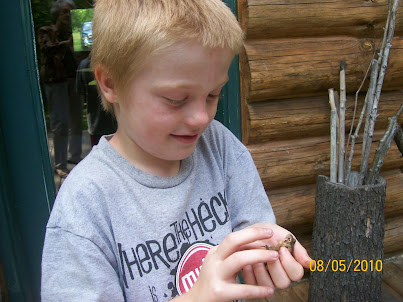 Lizards are good, they get a bad rap because someone said they were reptiles. LOL

I'se heard that lizards are very good at catching mosquitoes that are also prevalent in Florida. So I guess it's would be a good thing to have around. We don't have them here except as a pet. Some of my grands have one in a fish tank that is called a bearded dragon and he looks like prehistoric dragon for sure. He thrives on bugs that they have to buy for him to eat. I wonder if he might have come from Florida.

We have a family of them little lizards living in our window shutters. They are cute. My little nephew will catch them and love them to death. Yep, really love them “to death”. He will pet and fiddle with them until they just give up. Haha

Lizards are useful creatures. Ours eat bugs and climb on the outside walls. We call them either George or Fred, depending on their sizes.

I love them - as long as they stay outside the house and not in!

Since the arrival of 'our' chipmunk family, we don't see so many lizards. Nevertheless, they're a great source of entertainment for our pups.

I wonder if they're not kin to the chameleons? I remember my father taking me to the county fair and buying me one in a tiny box with a thin gold chain around its neck. How I'd cruise with a fly swatter, to provide nourishment for my new pet. Invariably -- and much to my mother's dismay -- it would escape. Once she even found it on her dark green living room curtains ... where, of course, it had turned itself dark green. Good times!

We have a few lizards in our backyard. Seems every year there are baby lizards and inevitably one of them get into the house and usually doesn't make it back outside LOL. I am not a fan of them but realize they do eat insects.