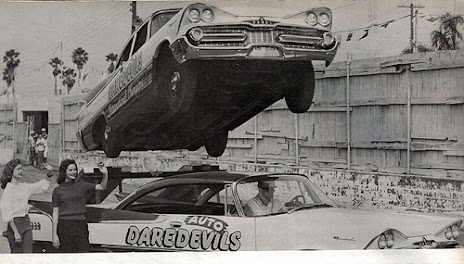 The wildest thing I saw was when I sneaked into the fair to see the dare devils in cars.

When my sons were young they were good on motorcycles. They loved MotoCross and won a lot of trophies.  At that time Evil Knevel was big.  We never did see any of his stunts in person but tried to see as many as possible on the news and specials.

It is strange now compared to what kids do today Evil’s stuff was kindergarten. Where Evil did a long jump, these kids do them and do flips in the process, Even leaving the bike and flying with it for a second or two. Problem is where Evil got broken bones and many scrapes, these lose their lives when something goes wrong. Most young boys, and now many young girls go thru the  “I dare you to do it”  And then there was the “I double dare you!” 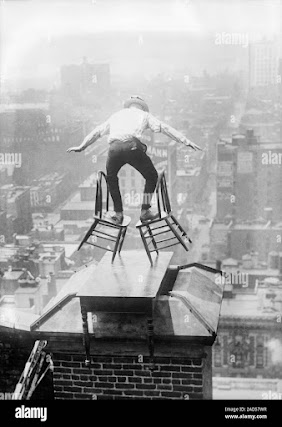 Some of us tried jumping too far or jump a ditch on our bicycle, the most dangerous things I did was climb the side of a rock quarry and ride some horses bare back out in a stranger’s pasture with Von Dale. 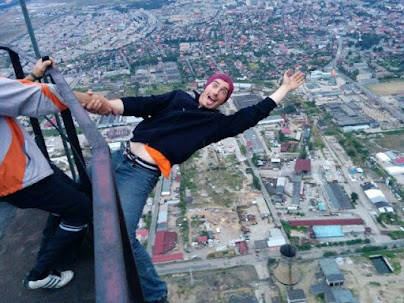 I was reading some terrible facts today. And saw some terrible pictures of men and women who tried one time too many and died. I wonder at the last minute, did they really think it was worth what some had said, that was, “I would rather die living on the edge, than not try at all.” 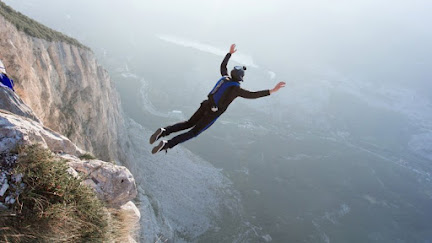 You get one shot at life. Dare Devils seem to like living on the edge, BUT……..  Problem with these shown, someone died doing this or the same stunt.

PS: This I have been told:

Drinking water after eating  reduces the acid in your mouth by 61 percent. Drinking a glass of water before you eat may help digestion and curb appetite.

I have never been much of a dare devil and, thankfully, none of my kids are either. I did worry about them riding on motorcycles though--not so much for their abilities but for the inattentiveness of others.
I hope you have a wonderful Sunday-Hugs-Diana

I was never much of a daredevil. I was always told to never ride on the handles of bike. The one tried I tried it, we hit a curb and down I went. I got scraped up pretty bad and there was no denying what I'd done. The proof was there on my face. Ouch. Better to be safe than sorry, I think!

I think most dare devils think they are immortal and then find out too late they aren't. But it doesn't stop the next generation from trying some of their same stunts. I'm reminded of those who went over barrels Niagara Falls. Most didn't succeed but people didn't learn the lessons from those that didn't succeed and thought they would be the ones that would. Life is too short for me to take risks like that :)

I drink water every Morning before coffee and every night before going to bed. During the day I drink at least 5 bottles of 16 to 18Oz of water, I need to with my Heart Medications and Blood Thinners, I easily get dehydrated. I did my Dare Devil Stunts but don't think I'll go into them for now ! Some thngs in the Past belong in the Past. Take care, sending down Love from the Snowy an wintry weather !

Try as I might, I can never understand the mindset of these dare devils ... even to watch them on television.

All my life I've colored inside the lines. In fact, some could (deservedly) call me a coward. Even when I owned my classic American sportscar, I never enjoyed doing more than 10mph over the speed limit. Boring, perhaps, but that's the way I roll.

I never understood why people do these dangerous stunts. I once returned a library book one day late to see what happens. I was fined ten pence. Never did it again; but it was so exciting.

So funny. When I was a young girl, I saw some dare devils called Coachmen Hell Driver.. The would hit a small ramp to one side of the car, to get tipped up on only the left side wheels and drive around a track on two wheels. Seemed exciting back then. So seeing your pictures, what I saw was very lame. LOL Blessings, xoxo, Susie

I ran my lil' 80 Mustang 100 mph down a straight stretch of highway screaming. It scared me to death, at least it could have led to death. I quickly remembered I had 2 little kids waiting for me. What a stupid stunt....that fright stayed with me through my life to this day. Standing on my horses back galloping across the field seemed trivial tho it was just as dangerous. We'd watch the dare devil shows at the county fair but from a distance. It was free that way. lol Yes, drink plenty of water, my liquid of choice.
loven'hugs from up north in our very chilly air so cold the sap stopped running til the sun beats down some needed heat.

Got stopped by a Cop in Nebraska on my way to California, he said he clocked me at 95 mph, I was driving an XKE Jaguar and hit 120 mph before spotting him; N E way I spent the night in the jail on the bleachers out front because the jail was full. NOT A FUN experience! THEN I SAW THE JUDGE. Omg, THAT wasn't fun. [JacSher, I was only crazy for a couple of years] REALLY. MY DAD DROVE FAST AND THAT WAS MY EXCUSE. Still paid the fine!!!