John Grisham, shame on you! 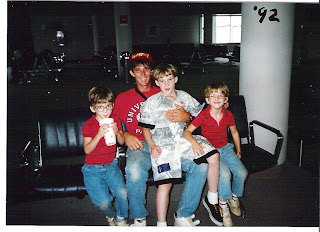 Josh Jack, Ben & Stephen at the airport. Ben is heading back to Utah! 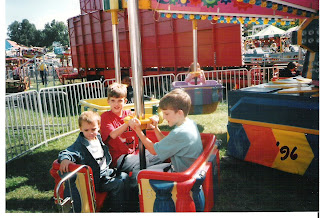 Matt, Josh and Stephen at the Cleveland County fair. 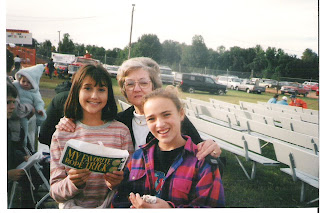 Jordan (Reece's close friend, she just had her first child) Sherry and OUR Sherece, this was probably at the Cleveland Country FAir. 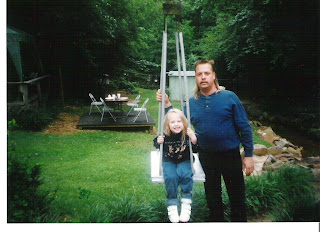 
Most folks know I read a lot. I very seldom pay full price for a book. So I do not feel bad at anyone who does not pay full price for my books. BUT heading out on the cruise awhile back Sherry passed a JOHN GRISHAM book, his latest, “The Appeal’. She bought it. When she finished it she was not happy with John.

Well many times she does not like it when an author gets into too much technical stuff (even me), I figured that was the problem. Huh uh. I just finished the book. I am not a happy camper. John, fiction is supposed to END RIGHT, the bad guy is supposed to lose and the underdog is supposed to win. I know, I know reality is the name of the game. Not for me. I see reality all day every day; I want some fiction when I read. John let the bad guy win! Shame on you John. No, I won’t quit reading Grisham, I love his writing. We have read EVERY book he has written. I was not happy with ‘Skipping Christmas’, and I thought ‘The painted House’ fell a little short for John. But they were not court room dramas as most of his are. ‘The painted house sorta grew on me after reading it, I even liked it better as time, months, even years went on’. But this one John! Made me MAD! I don’t know whether I will like it tomorrow or not.
I feel better. LOL. I know John is going to read this ha!

I must confess to some of you who were wondering about RAGS, the blog. Yes that is his blog. It will not be around long, I just had an idea, fueled by another author. My mistake was the obvious name, huh? I thought of Toby.

Toby’s Tales, a book of short stories, is scheduled out in about eight months. At present Toby is an ancient turtle who relates stories learned in his lifetime. Toby comes from a Blogger from Texas who had a friend named Toby. I have always wanted to do a book of short stories. I am going to do ‘Sticky’s Stories’ and ‘Toby’s Tales’. Toby will be first.
Thanks for coming this way!
Nite Shipslog
PS:
Some things to ponder:

******Do you realize that in about 40 years, we'll have thousands of old ladies running around with tattoos? (And rap music will be the Golden Oldies)
*****Money can't buy happiness -- but somehow it's more comfortable to cry in a Corvette than in a Yugo.
***After 60, if you don't wake up aching in every joint, you are probably dead!
**Always be yourself because the people that matter, don't mind. And the one's that do mind don't matter
Posted by jack69 at 10:55 AM

Those literary ideas sound great Jack.
I dont read Grisham. My mariko does. she has an analytical mind. i dont. i like to be entertained not put to task figuring out stuff. i leave that for the author to do. which is why I loved Sticky. it was entertaining and flowed right along and took me for the ride .when it was over I had a big smile on my face and just felt real good to be alive.
so i know i would not like a story where the bad guy came out ahead.
oh concerning that comment you left me.
I just cant pull anything over on you and get away with it can I? after I read it and looked over at your picture I could have sworn I saw you smirk.

If I remember didn't Paula write on Toby's shell. I forgot if he got lost or just didn't return one day. I guess The girl in Texas
will have to tell that again. Our dog was named
Chancey because we took a chance on her when
Jim bought her in Ga. and brought her home.
She lived to be 21 years old. Sometime you have
to take a chance.

Jack you just had to go and put it in words about wrinkled tatooed old ladies running around. I cringe every time I hear about one of my grandkids female or male getting a tatoo but it just keeps on happening. lol Lucy

Bless me Father O'Shields for I have sinned. I have been secretly lusting after another blog. Please forgive me Father, I can't help myself, each time I see Rags W on Jack Darnell's followers list I have to take a peep into his secluded life.

Go with God my child and opening add yourself as a follower to Rags W's blog. I see nothing sinful in you partaking in reading Rag's blog.

Ok Jack since this is confession day I have just confessed to you. I have been secretly reading Rags blog and I think it is absolutely brilliant. I don't think using Rags name was a mistake at all if anything it has caught our eyes and builds up to the suspense of your upcoming novel.

When the entry was added about Father O'Shields and the Abbey I couldn't keep from smiling. I now know where the setting of your novel is. Some of Gary's family lives in that area and some of them have worked at the Abbey. Gary and I have been there but have never been inside. It's absolutely beautiful there. That's all the information I will leave in my comment because I don't want to ruin it for your other readers.

I'm looking forward to reading more of Rag's entries on his blog. Please don't do away with it.

I've seen the error of my ways. I was lost and now I'm found. I've never been to confession so many times in one day but here I go again.

I walked many hills and valleys into the wrong neck of the woods. I wasn't as smart as I thought I was. Rags and the nanny sure outsmarted me, lol.

I agree with you about painted house I kept putting it down and then picking it back up finally grew on me and I read it. I haven't read the appeal Not know if I will try it now! The libary in Enterpise has a book sale twice a year and I load up on Hardbacks for a $1.00 each.lol

Well I did like Skipping Christmas and A Painted House, but I haven't read any of his others. But I have seen a movie maybe two based on his books that I liked. I have so many new books that I am behind reading. If I see one I think I will like I get it, just in case I can't find it later. The Christmas shopping and holidays slowed my reading, now I can get back to it. By the way, I could probably send those boots for Sherry to use as a weapon if needed...ha. Take care, Sheila

Oh, and my Husband got me a new book for Christmas that is about 3 inches thick. That one will definitely take me awhile....ha.
Sheila

Painted House I have read and liked it. I just don't seem to have time to read books since I am hooked on blogs and have so much else to do. John and I just talked about Toby yesterday and how we wrote our initials on his/her shell. It makes me so sad to remember we found it upside down and beaten.

I was right about Rags, LOL, I only figured it out because I remember you saying that was the name of your next book and when I clicked on the blog you were one of the followers so I put two and two together!

I've seen several John Grishom movies but never read any of his lawyer court-based books, but did read and sort of like Skipping Christmas. I thought he just quickly wrote it to get something out for the holidays that might have sales appeal. Thanks for the book review about "The Appeal" :)