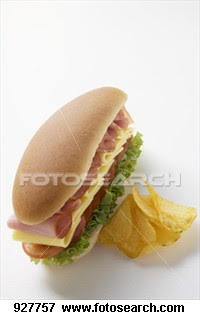 This was not the sandwich I wanted, but it will do. OUrs is always on light bread or wheat bread.

They look good enough to eat!!!!

It is nice to hear of and see the veggies growing . I am reminded of my grandsons who came out from Utah for a visit. We love tomato sandwiches. Growing up I called them samigies. BUT the tomato sandwich salt and pepper, is my favorite of all sandwiches. I love them with or without lettuce or Onion. But to taste great, It must have Duke’s mayonnaise. I know you never heard of Dukes. But in North Carolina that is a standard product. It must be good for you, I think it came from Duke University, didn’t it???? LOL

The tomato sandwich made with tomatoes from the chain grocery stores just don’t cut it. I had to laugh when I was in Winn Dixie a while back and they had a big sign over the tomatoes, “VINE RIPENED TOMATOES”, EVERY TOMATO ON THE RACK WAS AS GREEN AS A GOARD.
Anyway back to the Grand kids. Sherry had fixed tomato and lettuce sandwiches the day before. Corey. The oldest, said Grandma, I want another of those salad sandwiches. We got a big laugh from that, I had never thought of it that way.
I don’t know what it is but the taste of a commercial tomato doesn’t seem to be much better than paste board. Shirl raises a lot of cherry tomatoes. I never realized how handy and easy to eat they were. Simply pluck and pop into your mouth, and the taste is great. They are called grape, cherry and/or salad tomatoes. This year I think they mislabeled a couple of her vines. I think one is ‘Romano’ or the pear shaped tomato. They are already twice as big as your thumb and still green.
Did you ever watch a TV series taken from the movie and play “Cat on a Hot Tin Roof”. That was the first time I learned that there was a difference tin commercial and home grown tomatoes. In the series the under dog (can’t think of his name), was growing tomatoes commercially. He had introduced a tomato that could be picked by machine, but was tough enough not to get bruised. I remember thinking, I think I have eaten some of those.
Even thought he tomatoes are hand picked in Florida, they still do not have the taste of Mama’s tomatoes.
Thanks for coming this way.
Nite Shipslog
PS: *_The Best Way To Pray _*

A priest, a minister and a guru sat discussing the best positions for prayer, while a telephone repairman worked nearby. "Kneeling is definitely the best way to pray," the priest said.

"No," said the minister. "I get the best results standing with my hands outstretched to Heaven."

"You're both wrong," the guru said. "The most effective prayer position is lying down on the floor.

"The repairman could contain himself no longer. "Hey, fellas," he interrupted. "The best prayin' I ever did was when I was hangin' upside down from a telephone pole."
Posted by jack69 at 12:13 PM

I just came in from dusting my tomato's. Vines look nice but something is eating my bush tomato vine now. Not much but enough I felt they needed to stop. Those are my tomatoes to share , (maybe) with Joe. We used to do the same Jack only we would get a loaf of moms home made bread still to hot to cut and tear it open and have home churned butter, tomato and green onions. MMM good.

Have to try again to comment. It has just started doing this will not post first try.

My garden really looks good. I bought some
yellow grape tomatoes. We have some that are
over-sized. I saw a cucumber but it is skinny,
squash doing good. Tomatoes are not only good
they are good for you. They have lycopene an antioxidant that fights cancer.

So much for my garden story.

That's great, the salad sandwich! Ha ha. I'm with you, I absolutely love tomato samigies! I like my bread toasted though! I would also agree that if Duke's was invented at a university it HAS to be good for you!

I love tomatoes on sandwiches or just sliced with salt and pepper on them to eat by themselves...yum yum!!!