WE got a little RED book this time! 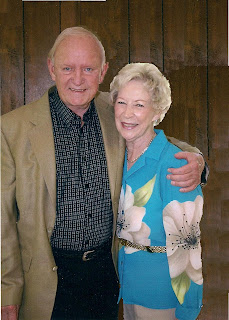 I am putting this on without permission. This is Smokey and Shirl, the two S's. 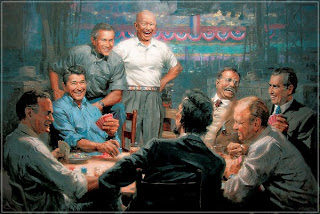 This is Abe, giving a lecture to a bunch of presidents who were to follow him. Some did not listen. Too bad the present president was not present for the lecture. It went like this:
Now Boys, listen up, this is important...
You cannot help the poor by destroying the rich.
You cannot strengthen the weak by weakening the strong.
You cannot bring about prosperity by discouraging thrift.
You cannot lift the wage earner up by pulling the wage payer down.
You cannot further the brotherhood of man by inciting class hatred.
You cannot build character and courage by taking away people's initiative and independence.
You cannot help people permanently by doing for them, what they could and should do for themselves.

.....Abraham Lincoln, Okay Ronnie, I call you, let's see what you have cowboy.
Now for TODAY:

I have just received the official word about the new Book, ‘Toby’s Tales’. It is now available on its own web site at: https://www.createspace.com/3368239 .
It is not available on Amazon.com or Target.com. That will take five days. I will offer the book for sale here on the blog as soon as I receive a shipment. That will be approx three weeks, if I miss the shipment here at Belmont.
Now we are on hold waiting for some reports to come in from tests taken during the physical.
It is a little drizzly here, some heavy rain. We were over to see Sonny again; he seems to be doing great. We have been over every day this week. Vickie took a short vacation and asked us to look in on him. He has a girl friend, Phyllis, who has been there every day also. She is still working but plans to retire soon. Sonny eats well and can walk a few steps. That is what he is going to have to do to get around at Vickie’s house. He is getting anxious to get out of a hospital environment. He has been in this situation since we came home in March. Practically four months in a hospital bed. That means we have been practically stationary for the same length of time. We should have moved at least seven or eight times. Ha!
Did you see where old Woody got snow? http://www.amazon.com/ Snow in June! Rain probably didn’t get snow and she is in Quebec.
It amazes me that GM is in bankruptcy. I would have never thought it possible. Is it a management problem or labor problem? OR a little of both? Since the Gov’t now will own part of it, I understand, does that mean we get the profits once they get running again? LOL Maybe I get a Corvette!
Can they make a leaner better corporation? Lot of questions here. My main concern is we (the gov’t) plan to help the big guy, who helps the little guy? And What business does Government have in Private/public business? My opinion? NONE, NONE AT ALL! We are a capitalist society, sink or swim on your own merit and ingenuity.
I read today that locally they want us to spend $20 on the 20th To stimulate our local economy. In my time, as I remember it, my daddy would have said save $20 on the 20th. But our economy is now, a buy or credit economy. I think that is a shame. (by the way, I have friends who say the Gov’t sent them a check, gave them money. It did not, it returned some of YOUR (& mine) tax money.
Thanks for coming by the Log.
Nite Shipslog
Repeat Abe Lincoln at the top!
Posted by jack69 at 10:04 AM

I shudder at the phrase Snow In June. Although Nikina got some, she's in Northern Ontario! I agree with your daddy, save $20 on the 20th! I'm glad Sonny is improving! And Shirl, you are beautiful!

It has been a long haul for Sonny. Glad he is trying to get in shape to get home permanently. It got in the forties this week in western part of state, and has been cool here but it is warming up.

I guess Sonny IS ready for an environment OTHER than hospital. Hope you all are doing well too! Have a nice weekend. (I will as no more studying...I "got her done"...MBA finished).
Sonya

I have been spending trying to help the economy
but I am stopping because it has not helped.
I don't mind seeing the 2 S's. Smoky plays in
the band that I sing with and we also have
performed at a lot Senior Events. He is also
a song writer and has written songs for some
Nashville Stars. Thank you Rain for the compliment.

Jack I hope you, Sherry and Shirl have a wonderful weekend. Great pic of the 2 S's. Like the one of the presidents too. Take care, Sheila

I don't know why people don't get that! It is our money they are using and they should use it for some things but for the past 40 years i have seen so much waste!

How awesome that Smoky has written songs for some Nashville Stars!

Hope you and Sherry have a great week!