Something that has always been a factor in human lives, weather.  From the grass skirts and loin cloths of the balmy south seas to the seal skin and bear skins of the very far North. It is the most apparent at this time of year. 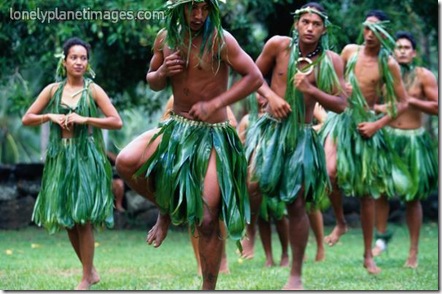 We sit here in nice balmy weather (a little cool and windy right now, but it will be hot later today), and read of snow storms in the North woods of Wisconsin and the Upper Peninsula of Michigan. 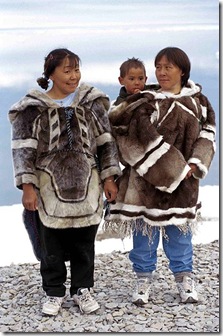 Some of us follow the old Boomer, Woody’s blog. He left sunny Okeechobee of South Florida (called Okee by residents) and headed back to New York. He and Anna Mae ran into snow the further North they traveled, and it was near Zero in temps at his home.

We read of the BRBoomers icy roads in the Mts of North Carolina and some wonder why a Florida Family would retire North?  I guess that isn’t so strange.  We met a guy the other from Ft. Meyers who retired to Arkansas.

We read of Lucy’s problems with wind, rain, snow, ice in Nebraska.  The coldest weather we have sustained was North Central Missouri, where we arrived to –13

from the 80’s in Biloxi, Miss.  Just opposite of that, I left 20 degrees in Norfolk to arrive in the 80’s in Gitmo Bay, Cuba.  That was pleasant.

Now the terrible tornadoes, and we can remember Katrina,the terrible, who took Yvette and Richard’s home and possessions in NOLA and set the two adrift in the USA, finally to settle in Coker Creek, TN for a few years before returning to their beloved NOLA.

Louis in San Fran and then Betty, in Southern Cal, great weather! But then she was in the Dakotas.

From Droughts in Texas, where Paula and John worry about cattle, to floods along the Mississippi and St. John’s Rivers. The old statement is true, Everyone talks about the Weather, but no one can do anything about it.

The whole point is, WE ADJUST! HUMANS ADJUST, WE RECOVER and with faith we go on to live. There are the weak that cannot survive, but for the most, we come out stronger for the pain brought by weather.

So as we enjoy the Sun, the Girls from the North work thru the snow, get it off the roofs, and find comfort there. In the end, we learn to be happy where we are. One famous writer known as Paul said: “I find whatsoever state I am in, therewith to be content!”

Thanks for coming this way,

The State with the highest percentage of people who walk to work is….. Alaska !!

This was first known as a GP vehicle (Government Purpose) vehicle. According to what I have heard and Wikipedia, saying GP (GEEPEE) became Jeep!  A vehicle for all weather terrain and weather!

Yep, we adapt. I stay inside most of the winter to keep warm and people in Florida stay inside during the summer to keep cool. I guess none of us is ever really satisfied. Now and then we all do get those perfect days and that gives us hope to keep on going on. Surprisingly enough the grass in the back of the house is green. It really never lost its color during the winter. I even think that due to the mild winter it has grown a bit. I'm thinking that lawn mowing will start early this year. We are to be in the high 40's here today. That is wonderful! Hope you both enjoy your Wednesday!

That Jeep is such an amazingly timeless design!

I love that verse by Paul! I try as hard as it is! I have lived near or on Florida Beaches all my life, but I love the mountains!

I guess we are inclined to stay where we were raised and just keep on complaining. John's sister in Alaska was worried about her roof with the ice and snow when we last talked. She hates it in winter but hates here in summer where she was raised. She would like to have two places but her husband doesn't think he would like it here to live.

a little poem I found here:

Nope... there's nothing we can do about it ~ so we may as well just enjoy what the Good Lord gave us to deal with for the day.

I'm glad you're enjoying some sunny weather. It's warm here today - in the high 40's!! T-shirt weather if it wasn't raining. Our snow won't last long if this keeps up.
Have fun in the sun you little love birds!

I was just thinking this morning I would plant me some tomatoes if I knew it would stay this warm.lol. One good thing about this warm winter we havent had but one high gas bill. Take care. Jean

Weather used to happen and that was that. Nowadays the first thing we do when we wake up, is turn on The Weather Channel. And it's the last thing we do each night before going to bed. Have to keep informed. You can protect yourself up to a point if you see the BIGGER picture. LOVED your post. take care.

Close to 65F during the last couple of days. Soon rain will be missing for months. Trees start to blossom. Life could become good.

My tulips are blooming and it was
70 today. I cannot believe this
is March.

Lots of damage in Charlotte from the tornado.

I am happy to be anywhere..

Like Paul, I have learned how to abound. I grew up knowing how to be abased. I like this state I'm in now better than the state of abasement. Pretty carnal, I know, but it's the truth!