Headed back to North Carolina

Today we drove to the Miesse’s (Mee-sees)Chocolate factory to meet with the Owner of the company and load up with chocolate, over 15 pounds.

Tracy, the owner, is such a sweet lady, you just want to squeeze that Miesse to pieces.

We ordered via e-mail and phone to pick up at the factory. When we got there Sherry wanted to add to the order, of course I did also.  The chocolate has no preservatives, and is delicious.

At present they are not set up for orders via the net, but maybe in the next few months or so that can happen.

We did not disturb Joan or Dan who live in Lancaster, today is their Golfing day.  Joan has become the professional while Dan is still trying. LOL  Joan and Dan have a wonderful family, a true example of love and devotion, with strong religious convictions.

So we are back at Hershey (actually just outside in the farm country) the country where Mr. Hershey used the local milk to create an empire of chocolate.  I guess I was not fair to the Hershey company, hinting that they did not move their whole operations to Mexico, but they did move some.

BUT with NAFTA passed and approved, our businesses must compete to stay in business, so when the competition,cuts costs, to stay alive the others must follow suit. In that respect, NAFTA was NOT a great idea.  In the words of my favorite politician business man and failed presidential candidate, Ross Perot, “When we pass NAFTA you will hear a great flushing sound, as our jobs go to Mexico.” And the media played the man up as stupid.  Reality proves who was really stupid.

Enough of my ranting. I am sure we are having a great trip down familiar roads, BACK home to Belmont!

Thanks for coming this way!

Blessed are those who can give without remembering and take without forgetting. 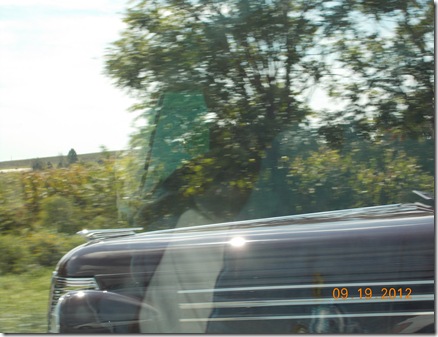 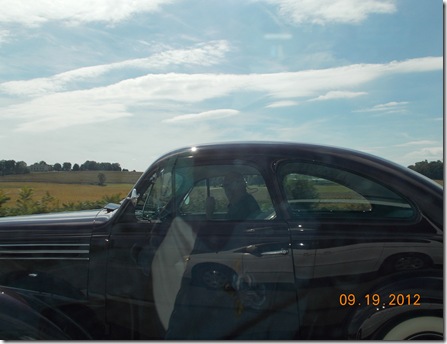 The rear slant resembles more the fast backs of the 70’s, rather than the American sedans of the 1930’s.There was an emblem resembling a Z. 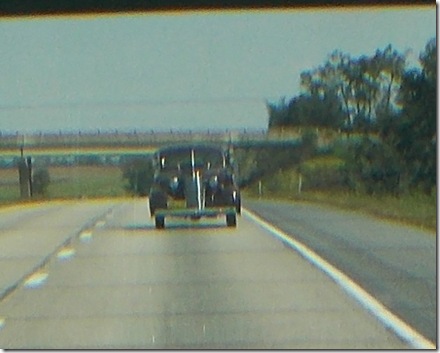 I passed this old British car on the pike today. From the rear I thought I was approaching a ‘39 ford, but as I passed I realized I did not know what this car was. I wish I could have gotten better pics. The last one was taken thru my rear view mirror.

Have a great trip home to Belmont! We have a beautiful Friday morning here, but they say rain for our weekend. Take good care!

You have packed this trip full with having your kids and buddies hike with you, getting lost in New York, seeing good friends and loading up on chocolate. I bet it is going to be good to be home for a while.

Hey..!!
You can leave some of that chocolate with us at New River for safe keeping..!
Enjoy

Drooling for some chocolate! I would imagine I would be adding to the order myself too! Enjoy every bit of it!

I too agree about jobs; we needed to have kept more of our jobs here and not outsource them to other countries. Not wise idea at all!

My youngest brother works as a lead in the purchasing team of a company of Hershey's. Every Christmas they are given some allotment and I get some treats :) I love dark chocolates more, though. By the way, I love vintage cars.

Okay I am glad you have a computer and continued blogging -because that would have been a long time without knowing how you and Sherri were doing.

Andy had a MAJOR report on Chocolate last year and I mean MAJOR!

Bet I could tell you more than you could want to know about it and Mr. Hershey! lol

How do you two stay so trim and eat that good chocolate? It shows on me that I eat chocolate A LOT.

Please have a good tasting weekend ahead.

Glad you are home and had a safe
trip. Can't come by Hershey without getting Chocolate.
You said they had chocolate streets.

Will see you tomorrow.

Whew, you made it. It sounds like you had some adventures with that ms.gps guiding you...we head north if we gotta go north, south if we gotta go south, you know what I mean. Some folks would be 'more' lost without one.
About a truck sandwich...I was in one in the Mts. during a crash, waiting, and these truckers were on their CB's talking about me...I know, I had my CB on the same channel...bad boys, bad feeling.
I did not feel safe, even after I woke up the X.
Anyway, dear folks, glad you are home safe. Share that chocolate with Shirl and give her a hug for me.
BlessYa

Happy Anniversary You Two Lovies.
Enjoy your day to the fullest, I know you will...this is my 2nd attempt to send a greeting...here goes.
Love You Guys Now, Go Out And Play Having A Great Day

Glad y'all had a safe trip and didn't get stuck on that Hershey Pike road. And My! What adeptness you have in taking photographs! Thru the rearview mirror is better than I could have done if the car had been parked. You are almost as smart as JJ. ☺